As someone who has been crazy enough to produce new work (twice!) in a fringe festival (The New York International Fringe Festival), the amazing thing about these types of events is that they allow artists to gather together, dive in to the proverbial deep end, go balls to the wall, take a whole bunch of risks with new work and, hopefully, see what sticks and what doesn’t in front of a live audience. 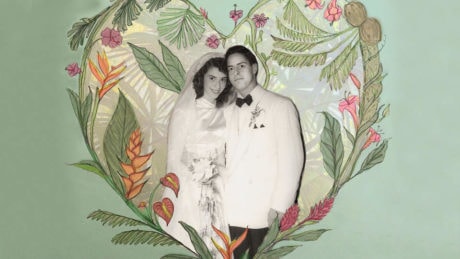 I preface my review of David S. Kessler’s world premiere solo play, One Mutual Happiness, with this, because I hope Kessler and Director Jennifer Knight use this experience, if they so choose, to explore and work on the interesting story here of a life unexpectedly and unintentionally transformed.

On the whole, it resonated with me on a deeply personal level, as it deals, in part with an adult son watching a parent die. It also deals with marriage, many marriages. Along the way, Kessler touches on sincere themes of faith and ritual. What he has not been able to do yet, unfortunately, is connect all of this together in a way that gives his play a reason for existing. I sat in the Mead Theatre Lab at Flashpoint for almost the entire first hour of the play’s 80-minute running time, wondering why he was telling us this story. And then in the last few minutes, Kessler recounts an event that seems to bring everything full circle and I thought, “This is it! This is what’s going to bring it all home.” But my hopes were deflated and I was left unfulfilled.

This isn’t to say that One Mutual Happiness isn’t entertaining. It is. But I wanted to be as enlightened as Kessler seemed to have been. When Kessler is just telling the story, he can be very charming and funny and the live music and sound (written and performed by Rich O’Meara) is a nice touch, though it can be dialed down. A lot. There are observations that are on point. Yes, a wedding is an acknowledgment that the world is more than just a couple of people. And there are moments of reflection that are quite beautiful, like when he tells us, “Maybe who we are is not who we think we are, but who our actions show us to be.” But the whole is not yet equal to the sum of the parts.

In the end Kessler assumed a role he didn’t ask for (I’ll say no more) and in doing so learned something about life…and death. I just wished he was able to bring these stories together in to a cohesive whole. The elements are there and I look forward to hearing it and seeing it in its next inception.