‘Saudade; the one where I miss you‘ is a heartwarming play that deals with not only personal loss, but complex family relationships. It underscores the need for family ties and the bonds we feel to our relatives both here and gone. 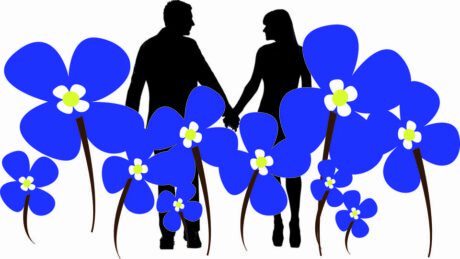 The play is divided into seven parts. It opens with Bailey and Noah in a life and death struggle atop a large precipice. Noah struggles to save his wife as they recall all the warm memories of their relationship starting from the time they met.

The next part jumps to Elliott, Bailey’s and Noah’s daughter, who meets the emotionally scarred but sweet Zachary. As the other parts unfold we see Elliott’s and Zachary’s relationship develop from first date to their wedding to the birth of their own daughter.

Both Elliott and Zachary are dealing with losses of their own. Zachary is also coping with the fact that during his early years his brother, Charlie, vanished out of his life. Zachary misses him but is obviously still hurt.

The ending wraps things up in a way that will surprise you and touch your soul as well.

The genius of this play by Andrew Reid and what makes Saudade: the one where I miss you, not just another family drama, is the playwright’s concept. He shows the audience through flashbacks, not always in chronological order, the events in this family’s existence. The actors slip in and out of the different roles as we go from scene to scene. This adds our understanding that families are so interconnected they are all part of the whole picture.

The set by Maggie Riegel is simple -just six crates that move about on stage. The backdrop is a projection screen where various “scenery,” designed by Morgan Goodman, is displayed. We start at the top of the mountain, go to the front of a house, then to an interior of a home, and finally to a field of flowers.

The cast were all young and extremely talented, as they glided from role to role. This truly is an semble production because each actor plays the same role at least once, and it never faltered.

There are only four roles that are played by, primarily, only one actor except for some flashbacks in the first scene. That helps keep the audience grounded as to where and when the scene is taking place.

Oscar Salvador plays Noah and allows us to see a man who must deal with terrible adversity and yet, meet all the challenges of life.

Maggie Dickenson is Bailey who is the ephemeral wife and mother.

Derek Yost cleverly portrays Charlie, the ‘ne’er do well’ brother of Zachary. Yost captures his charm and his love for his brother and his soon to be wife, Elliott.

Finally, Stephanie Reich plays Jaye, the young daughter of Elliot and Zachary at the end of the show. Reich and Emily Berry take turns playing Elliott so charmingly we barely notice the change.

Gabriel Zak plays Zachary most of the time except for flash back scenes. His quiet awkwardness creates a empathetic character we grow to love quickly.

However, a great deal of the credit for this seemingly effortless production goes to the director, Madison Landis. Landis keeps the movement and changes from looking strange or disjointed.

‘Saudade’ means longing for people and love no longer here. This production will have you longing for Reid’s next show and loving your family a little more.

Saudade; the one where I miss you is playing through Saturday, July 23, 2016 at Eastman Studio Theatre in the Elstad Annex of Gallaudet University – 800 Florida Avenue, NE, in Washington, DC. For tickets call (866) 811-4111, or purchase them online.