In this season of our discontent, How to Give Birth to a Rabbit reminds us that bizarre hoaxes and media frenzies are hardly 21st-century inventions.  In fact, one of Western history’s more ludicrous episodes played out in 1726, when Mary Toft, a 24-year-old mother from a small English town, became the willing vessel for a sensational and grotesque scheme. 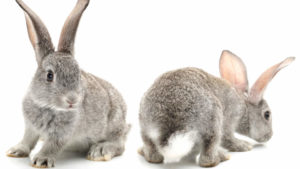 Chopping up dead animal parts, and forcing them into her body, Mary then “gave birth” to monstrous rabbits – some 20 of them in all, most under the gaze of scientists, doctors, and reporters who were eager – and blinded – for their own reasons to the absurdity of what was being perpetrated.  Even England’s German-born monarch, King George I, was mesmerized by Mary’s enterprise.

This true tale became the basis for an innovative ten-song cycle that tells Mary’s story from the beginning to its inevitable unraveling, and from several points of view. Multiple local musicians, songwriters and composers took part, each helping to move the narrative forward at a lively clip.  The title song (music and lyrics by Itai Yasur) introduces us to this sordid episode and is reprised at the end to good effect.

In “I’d Give My Blood” (music and lyrics by Maureen Andary), Mary bitterly acknowledges that her womanhood itself is the only resource she has to better her station in life.

“There Were These Parts,” (music and lyrics by Dan Kaufman), tells Thomas Howard’s story of how the hoax was carried out. A robust electronic media show (featuring a huge animated rabbit galloped across the screen) is adroitly placed the midst of the production, allowing the singers to pause while effectively demonstrating how quickly strange rumors spread even with 18th–century technology.

Rachel Jones as Mary vividly evokes Mary’s desperation and pathos plus her frustration as she starts becoming peripheral to her own story. Colin Brown, Christopher E. Robin, and Grant Collins round out the other singing roles, playing the various other characters including Dr. John Howard, Nathaniel St. André, Mary’s husband Joshua, Thomas Howard, and King George I with great versatility.

These Quiet Colours, skilled and inventive local musicians, provided the sonic narrative throughout, knitting the songs and actions together.

While the opening night performance was hampered by an imbalance between the band’s volume and the singers’ sometimes balky mics, this is a tale that is not only compelling in its own right, but, as we are reminded in the program notes, resonates forcefully today with its emphasis on “spin, celebrity, and agenda.” I’m sure the technical issues will be solved quickly, and that upcoming Fringe audiences will enjoy the full benefit of this interesting and highly collaborative production.

The ambitious and innovative treatment of Mary’s story under the guidance of experienced director Craig Houk deserves to be heard as vividly as it is seen.