The Root of All Knowledge, written by Gabriel Hudson and directed, choreographed, and composed by Justin Jarod Bell, is an interesting mixture of existentialism and hope. It uses bodies to present a story with incorporeal implications. It has no names but it produces nuanced and fully- fledged characters. The Root of All Knowledge is a set of paradoxes that come together to produce a thoroughly enjoyable performance. 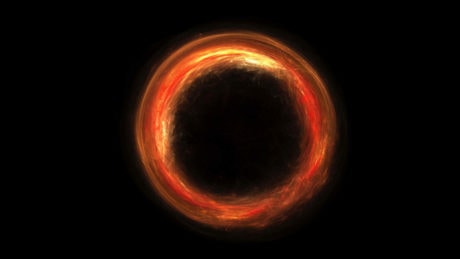 The story follows that of a man throughout his life, presenting a horrifying and verbally violent maternal relationship from birth, his desperation to find human connection in what seems to be an empty and uncaring world, and the waxing and waning of his romance with a woman whom he is so different from and similar to in so many ways. The scenes, though sometimes a bit long and wordy, even to the extent that understanding becomes difficult, present varying vignettes packed with meaning.

The production is minimalist; the set consists of a handful of books strategically placed and the costuming is nothing more than simple black masks and gray clothing. The real strength, the focus, and the vividness of the storytelling, is in the people. The Man (Calil Davis) and the Woman (Morgan H. Miller) on the surface seem to represent archetypes, but both actors masterfully give them much deeper, more solid personalities that endear them to the audience and invest viewers fully in the events of the play. Most engrossing, however, are the masked dancers (Mary Elise Cecere, Lisa Galperin, Heather Gibson, Marley Kabin, Arami McCloskey, and Mackenzie Williams), an incredible modern reimagining of the Greek choral tradition.

This sextet of dark Muses take on many functions; they are at times furniture and walls and background characters, providing more life and solidity to scenes, and in other moments the grim companions to our protagonists. They are both physical manifestations of the mental states of the couple (flittering about the stage with uncertainty, snarling, even butting heads with each other during a heated argument) as well as twisted, vitriolic funhouse mirrors, reflecting the two lovers’ faults and mistakes right back at them.

While the production is wonderful to look at, it is not an end in itself; it is, instead, just a vessel that contains an unending philosophical discussion. The bare bones nature of the plot, eschewing setting and date and name, allows for a focus solely on questioning. On questioning why we seek out others, on questioning why we connect, on questioning why, plain and simple. In this way the play does not follow the normal path of cerebral theatrical works, wherein society is critiqued and a solution is proposed. This play does not ask that the audience look outwards.

The Root of All Knowledge demands that the viewer look inwards, and ask oneself, examine oneself and the connections one has made to others. This play asks questions but it does not pretend to have answers. Nor does it claim that answers exist. That is the audience member’s job to decide.

Read the preview for ‘The Root of All Knowledge.’