Most of us know how William Shakespeare’s Romeo and Juliet ends. Romeo, thinking his precious Juliet dead, drinks from a vial of poison. When Juliet awakens, she sees Romeo dead and stabs herself. Shortly thereafter, the two feuding families, seeing the tragedies that have befallen their respective children, agree to settle their differences and move on with their lives.

But what if Romeo and Juliet had eloped?

Women Beware Women, a play by Thomas Middleton from the Jacobean era that the ambitious 4615 Theatre Company has included as part of its current season, has a premise that is based largely on this question. Under the direction of Jordan Friend, 4615 has successfully managed to convert this 17th century play into a riveting production that takes place in a church. However, the holiness of the place in which it is staged could not be in greater contrast with the themes of Middleton’s play and the behavior of his characters.

The play has a complex plotline. In Italy, young Leantio (played by Charlie Cook) and a youthful, exuberant Bianca (Caroline McQuaig) have recently eloped. Excited about their new relationship, they arrive at the home of Leantio’s mother (Alexandra Nicopoulos), a self-conscious woman who warns Leantio about the dangers of bringing a rich girl to their house. Her advice is largely disregarded, and Leantio orders his mother to lock Bianca upstairs, lest any man set eyes on her and steal her away. This fails to achieve the desired purpose as Bianca is soon corrupted by the Duke of Florence (Nick Byron).

In a separate plotline that soon gets enmeshed with the previous one, Guardiano (John Burghardt), a socialite, proposes a match to an aging judge named Fabritio (Andy Penn). He hopes to marry his nephew, the Ward (Will Anderson) to Fabritio’s daughter, Isabella (Morgan Sendek). Fabritio agrees to the marriage, but also notes that Isabella spends a disproportionate amount of time with her uncle, Hippolito (Drew Bowers), who is in love with her.

The plot continues along, and Fabritio forces Isabella to go along with Guardiano’s proposed marriage, despite the Ward’s visible incompetency. However, Fabritio’s younger sister, Livia (Caroline Maloney), convinces Isabella that her uncle, Hippolito, is not in fact related to her, which leads Isabella to accept Hippolito as a lover and use her marriage to the Ward as a cover up for this steamy love affair. Then, shortly after Bianca’s corruption, Livia falls in love with Leantio, which sets in motion a chaotic sequence of events that ultimately culminates in a stunning conclusion. Also featured in the play are the Cardinal (Sophie DeLeo), the Duke’s brother who attempts to save him from sin; Sordido (Jason Martin), the Ward’s partner in crime; and a few extras, played by Susannah Clark, Jamie O’Brien, and Bess Epstein.

A play this complex certainly required a proper backdrop, and Friend’s use of a church was risky but successful. There are two rows of seats on either side when you enter the church’s main room, where the play is staged. Most of the action takes place on the church floor, though a stage at the front is also utilized during Act I and the latter half of Act II, allowing the actors to comfortably walk back and forth from the main action on the floor to the elevated platform when they are not actively involved in a scene.

Friend’s resourcefulness is also clearly apparent in his clever use of the church’s second floor as Bianca’s balcony, where McQuaig is able to yell out to her precious Leantio and make eye-contact with the suave duke. I am convinced that this inventive use of space was key in pulling off a successful production. Directors less adventurous than Friend would not have fared as well in putting on a convincing play.

Some of Jordan Friend’s other directorial choices are also quite tasteful. The show is different from other renditions in its use of jazzy music, which gives it a 1950s feel and helps it emphasize the sexual politics at play. The costumes have also been chosen with care. In Act II, Nick Byron dons a classy black nightgown as he reassures his new lover Bianca that things will be alright. Caroline Maloney wears a fashionable red evening gown during a steamy seduction of a lovesick Leantio. And. Sophie DeLeo dons a classy red peacoat as she lectures the Duke on the importance of being virtuous.

However, the performances truly set this production apart from others plays that I have seen recently. Charlie Cook’s frustration and incredulity in the latter stages of the play are convincing and almost surprising given how joyous he was when bringing Bianca home in the opening sequences of the first act – a testament to his versatility as an actor.

Caroline Maloney commands the stage as Livia, swaying from side to side with what appears to be an alcoholic beverage in her hand. She speaks slowly and laughs confidently, knowing full well how great a manipulator she is. Her cunning nature and the joy she takes in deceiving people almost gives you a slimy feeling and reminded me somewhat of Lena Headey’s Cersei Lannister on the HBO series Game of Thrones.

Drew Bowers’ rendition of Hippolito is also strong: a gallant, noble man at first, head over heels for Isabella but also aware of the dire consequences of acting on his love. He is a somewhat tormented figure, attempting to do good but ultimately succumbing to his internal desires and falling prey to the lies of other characters.

Andy Penn does well as Fabritio with his high-pitched tone and somewhat slurring speech: his character is senile, funny, and a little deranged, the aging judge that is ironically losing good judgment.

Will Anderson is a hilarious Ward, yelling at the top of his lungs and making obscene gestures with his body throughout the production. He is sexually frustrated; full of delusional confidence; eager to prove his virility; and interested more in fornication than listening to anyone’s advice, frustrating the likes of Guardiano and others.

Jason Martin does well as his Sordido, gleefully indulging Will Anderson throughout the production and drawing laughs from the crowd.

And Nick Byron proves a magnificent duke with his strong stage presence. He has no qualms commanding others to do his bidding, forcibly taking what is his, and ruthlessly disposing of his enemies in a black nightgown. In addition to its resourceful use of set, this rendition of Women Beware Women was aided by fantastic performances from its cast. All in all, I was satisfied after watching Jordan Friend’s production.

However, I was also made aware of something else while reviewing this play. Though it may seem quite unlike present day, the Jacobean era is not completely different from our own, and it is not surprising that Friend chose to stage Women Beware Women at this particular point in time. Like the Jacobean era, which was plagued by financial problems, the United States was in the midst of the worst economic crisis since the Great Depression just a few years ago. Just as the people of the Jacobean era suffered through the bubonic plague, so too do American citizens today face health hazards like Zika, which could now harm people in the southern United States. And terrorism remains as frightening a threat to U.S. citizens today as it did to English citizens four hundred years ago.

During turbulent times in the Jacobean era, plays were getting more edgy and depictions of violence were becoming more commonplace. Authors like Middleton were exploring darker themes in their work and people flocked to the theatre to see exaggerated representations of the society in which they lived.

It is telling that these forms of entertainment were popular during times of turbulence four hundred years ago. And perhaps things are not all that different today. Maybe it is the turbulent nature of our times that draws us to similar, gory shows, like Breaking Bad, Game of Thrones, or even Women Beware Women again, because they serve as an escape, to some degree, and show us that life could be even more ridiculous and turbulent than the reality in which we currently live. Perhaps they are attractive because they help give us optimism about our own situation. Jordan Friend’s production certainly got me thinking: the darkest productions can still be uplifting, in their own convoluted sort of way.

Running Time: Two hours and 20 minutes, with one 10-minute intermission. 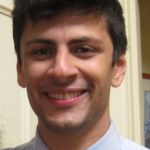 Guest reviewer Anant Kesavan is a recent graduate of the University of Michigan, where he earned a Bachelor of Science (B.S.) in economics with a minor in mathematics, with distinction and high honors. He is moving to New York City, where he will work as a technology consultant for PricewaterhouseCoopers LLP. He enjoys running, watching movies, attending plays, and of course, reviewing theater.