The violence in the US and overseas has rattled millions of people, making many of us feel vulnerable. Sarah Gafgen, well-known actor, singer, and director, took the initiative and, with the help of the Philadelphia theater community, initiated the first Love Can Build A Bridge charity concert to support three organizations that actively work toward a lessening of violence: the National Organization for Victim Assistance, the Anti-Violence Partnership of Philadelphia, and the OneOrlando Fund. 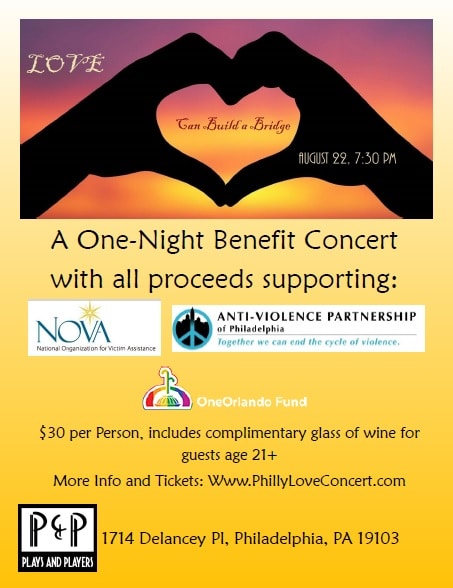 Quite a few singers and musicians are taking time out to join in the group interview for the charity concert against violence, one of Philadelphia’s most promising concerts—and also a chance for directors to see whom they would like to invite for auditions in the future. There’s complimentary wine for everyone who buys a ticket. And Sarah may have a surprise or two for everyone who attends this concert of love to help three organizations to cut down on violence.

We asked the participants to whom they were dedicating their performances. Two singers dedicated their songs to five-year-old Omran Daqneesh, the little boy from Aleppo in Syria.

“The image, hopefully, speaks for itself,” as one of the performers noted. Someone remembered Matthew Shepard, the young gay man who got tortured and was left to die all by himself in a field, while another Philadelphia singer dedicated her song to Yusra Mardini, the Olympic swimmer who competed with the refugee team under the Olympic flag in Rio de Janeiro, Brazil. 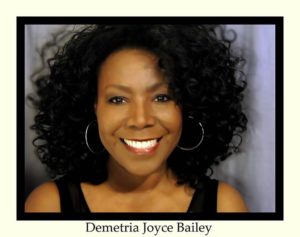 “We need more people to know and understand how important they are.”

I dedicate my performance to the children who have lost their lives and the children that are directly affected by the loss of a friend or family member.

I’ll sing “I Got Love” from Purlie. This song speaks of the love between Lutiebelle and Purlie. The lyric is stating how someone feels when they are in love and when they know they are loved. We need more people to know and understand how important they are and that no matter what they are going through. THEY ARE ALL LOVED! God is Love.

I’m dedicating my song to Yusra Mardini, the Olympic swimmer who completed with the refugee team under the Olympic flag, is such an inspiration to me. She escaped Syria by swimming across the Aegean Sea when the boat she was in began to take on water. She and two others pulled their vessel for over three hours before landing, saving the lives of everyone on board.

When I first heard about the concert, I felt like someone needed to perform a selection from West Side Story. The show that tells a story of how judging people based solely on their heritage ends in sorrow for so many. What better inspirational song could there be than “Somewhere?” – “somewhere we’ll find a new way of living. We’ll find a way of forgiving.” I believe that people are, at our cores, good, and if we work together we can find more common ground and live together in greater understanding.

“Much violence and hate is inspired by feelings of insecurity within us.”

The first time I remember understanding the idea of being a “victim of crime” was when young Megan Kanka was raped and murdered in 1994 by a neighbor. I was only two years older than Megan and was deeply affected by her story. No child should ever suffer such a crime.

Much violence and hate is inspired by feelings of insecurity within us. Carole King, with her song “Beautiful,” reminds us through the lyrics that if we wake up with love for ourselves it will shine out and make a positive impact on everyone you meet and everything you do: “You’ve got to get up every morning with a smile in your face, and show the world all the love in your heart.”

“Why sing, or act, or dance when there is so much hate and violence in the world?”

Often times during hard times, artists wonder what our purpose is in the greater picture. Why sing, or act, or dance when there is so much hate and violence in the world?  I went through this conundrum after 9/1—even though I’m not a police officer or fire fighter. What good can I do?

Love! We can spread love and light in a world full of darkness. We can make others think about the world differently. The one line that always sticks with me from my song is “Gone. Love is never gone. As we travel on, love’s what we’ll remember.” Be the light in the darkness. Even a small act of kindness or a silly performance can impact a stranger more than you know. 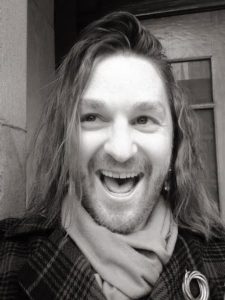 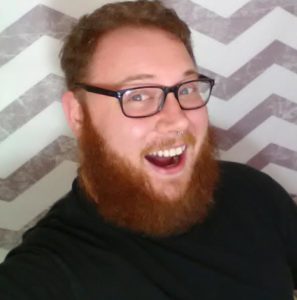 “For all the progress we have made, our safe spaces are still being invaded.”

We chose to dedicate our performance to the 49 people killed in the shooting at Pulse Nightclub in Orlando. There isn’t a way to pick just one of them. Not only was this the deadliest mass shooting by a single shooter, but it was also the deadliest incident of violence against LGBTQ people in U.S. history. Our safe spaces are still being invaded. For all the progress we have made, people are still being murdered because of their sexuality. We dedicate this song to those 49 people lost while they were out celebrating the happy days of their lives.

We chose to sing a medley of “Get Happy” and “Happy Days are Here Again.” Our favorite performance of this mashup is by Judy Garland and Barbra Streisand, sung by the duo on The Judy Garland Show in 1963. The simple message of both of these songs resonates with us because even in the darkest of times, there is the promise of happy times ahead. Although we take the time to mourn the loss of members of our community, we choose to look toward a brighter future: “happy times, happy nights, happy days are here again.”

“For Omran, the wounded child in Aleppo.”

I am dedicated my song to five-year-old Omran Daqneesh, the rescued child in Syria, slumped in a chair, bleeding. The image, hopefully, speaks for itself.

I’ll be singing, “Don’t Be Shy.” In the introduction to his song, Yusuf Islam [the former Cat Stevens] said, “One of the things about the journey of life is when you look back and see the pages of the past in a new light. And I think this next song says to me that unless good people stand up to be heard, then fear and cruelty will always dominate the world. So, it’s time for those people to stand up and lift their heads. This is a song I think that talks about that.”

“I dedicate this song to every person who is afraid to be themselves.”

I really can’t dedicate this song just one victim. I have to dedicate this to every person who is afraid to be themselves, whether it’s because of the people around them, or their inner demons. I grew up in a place where it was very hard to be myself and be happy at the same time. My song is dedicated to those people. You don’t have to be afraid, because there is love all around you, ready for you.

I’ll sing, “I Am What I Am.” The title of the song describes it pretty well. It’s all about being yourself, enjoying things about yourself, and whether people accept you or not, it doesn’t matter. It’s about having the right for you to be you, owning the God given right to love yourself despite the opinions that others may have of you. “So what if I love each feather and each spangle. Why not try and see things from a different angle?” 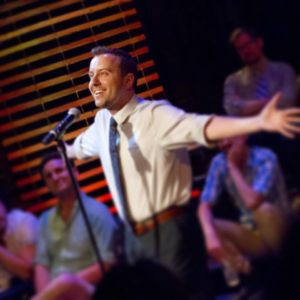 “The Sandy Hook shooting was the biggest wake-up call. My heart still aches for the victims and their families.”

For me, the Sandy Hook shooting was the biggest wake-up call, and President Obama’s eloquent, unifying response really drove home that gun violence is plaguing our nation. My heart still aches for the victims and their families.

The most important line in “Never, Ever Getting Rid Of Me” is, “I’m gonna do this right.” Love should always come from a place of the purest, simplest intention, and I think Sara Bareilles totally crystallized that notion in this song. Beneath the goofy, quirky exterior, the character of Ogie is ready to grow up and give his love to Dawn the best way he knows.

My performance is dedicated to anyone who’s felt more alone or alienated because of the negativity we’ve been experiencing in the world recently. I want them to know there’s still a positive vibe out there, too.

I’ll be singing with a group, performing “With A Little Help From My Friends.” This song, for me, really underscores how none of us are alone as long as we have folks to reach out to and who can support us when we’re confused, or hurting, or just need a friendly ear. And getting to sing it with a group of fellow performers demonstrates that reality in a really positive way!

“Legislation cannot stop violence, only create consequences. Love, however, has potential to conquer and eradicate hate.”

I know it’s old news, but I think of Matthew Shepard. There’s deadly violence and then there’s brutality. What sets him apart in my mind is not that he died, but that he was, for all intents and purposes, brutally tortured. There’s no question that many have died unnecessarily as a result of wanton violence, but Shepard’s case is particularly gut-wrenching to me.

Our group, The Plaids, are singing “Love Is A Many Splendored Thing,” which speaks of love originating from a lover’s kiss, but the lyrics as a whole refer to all love—romantic, platonic, familial, etc.—as an incredible force. Legislation cannot stop violence, only create consequences. Love, however, has potential to conquer and eradicate hate if we individuals truly commit to loving the differences that make us great. It’s Quixote’s quest of course, but “Love is nature’s way of giving a reason to be living,” and by not pursuing this “impossible” dream, we miss one of life’s greatest fulfillments—the blessings of each other. 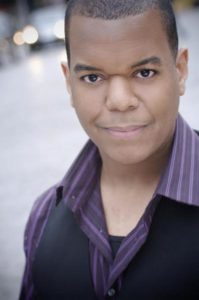 “If we just look—truly look—we’ll see people all around us that are suffering and hurting.”

I’d dedicate my performance to the 5 year old boy from Aleppo who’s rescue video went viral today. His name is Omran Daqneesh, and for me, and many others, he has become a symbol for the innocent people caught in the crossfire of the violence of the warring factions in Syria. He sits in the back of an ambulance with his body coated in dust and his face covered in blood. He neither speaks nor cries. He just sits with the calm, dazed look of shock in his eyes. It. Is. Heartbreaking.

“What You Need” by John Bucchino is a reminder that if we just look—truly look—we’ll see people all around us that are suffering and hurting. Once we’ve seen their pain, we have an obligation to step outside of ourselves to work toward soothing that pain. We can’t always prevent violence. But rather than just posting a Facebook status that involves “thoughts”, “prayers”, “love” and “like” (which may  all be important), it urges us to do something to help its victims. Bucchino’s words “Take my hand … I’ll try to give you what you need” are a gentle call to action.

Tickets for tonight’s 7:30 PM LOVE CAN BUILD A BRIDGE concert, are available at the door online. The concert is being held at Plays & Players Theatre – 1714 Delancey Place, in Philadelphia PA, 19103.