Ostensibly, Dutch Masters is a trope we’ve seen enough times before. A young black man, Eric (James Whitfield) approaches a young white man, Steve (Robert Dondiego), on the subway. Eric is intent of making friends and despite Steve’s obvious discomfort and ever-changing excuses, Eric convinces Steve to come with him and smoke some weed. Cue a feel-good new-friends-despite-their-differences story that also conveniently hits all the necessary discussion points of contemporary racial politics. At least that’s what I expected. Instead, Director Alyse Hogan’s rendering of Greg Keller’s script took me on an unexpected journey from the first moment.

Like many shows in the Fringe Festival, Dutch Masters uses a non-typical venue. The show is situated in a back room on the second floor of Strangelove’s Beer Bar. It’s a narrow space with just two rows of seats facing each other along the walls. When the audience is ushered in the actors are already sitting and waiting, and the artifice quickly becomes clear: as I wait for the show to begin the show, of course, has already begun. I am on the subway with the actors and my own quick judgments of those around me is the first moment of theatre. Who am I to presuppose anything about the people around me, audience or actors?

Starting with this moment of forced perspective Hogan’s deft take on Keller’s script continues to provoke. So close to the actors and so visible to the rest of the audience, I find myself wondering if there are jokes and moments I’m allowed to laugh at and some ones that I’m not, until the drama of the show demands my full attention. Eric and Steve’s relationship is not what it seems at first; and as the show continues the two men’s conversation becomes increasingly engrossing and sometimes uncomfortable for me to watch– in the best way. 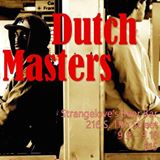 Dondiego capably plays a confused and defensive Steve, a kid who listens to rap and walks like a basketball player, but becomes a fish-out-of-water when confronted with his own racism and privilege. James Whitfield’s excellent performance as a dynamic and complex Eric creates a gripping snapshot of a young man dealing with inner turmoil and a complicated childhood and rescues the play from the traps of a potentially worn-out theme.

Despite risks of the heavily text focused script falling into repetitiveness, Hogan’s direction brings out the well-placed drama and humor in Keller’s script for a production that resonates powerfully and chillingly in 2016.