American music at its best is alive and well as showcased by last night’s Amos Lee concert at The Kennedy Center’s Concert Hall. The evening was off to a good start with an opening performance by Laurin Talese, who sang her heart out. As people slowly trickled in, Talese maintained a commanding stage presence, outfitted in a gorgeous silver-sequined gown that made her look regal.

After not too long, the stage dimmed and the band started playing “New Love,” soon after Lee walked onto the stage. His laid back sound and folk influences were there, with this slow jam he showcased that he is able to craft a sound of his own. The folk influences from his previous albums are there, but now with Spirit, his latest album, he is able to bring R&B, soul and even gospel influences to his sound. His voice, an instrument in its own right, blended into the 5-member band backing him up.

Lee has a stage presence is powerful through an honest delivery of heartfelt lyrics. Lee produced Spirit himself and you can tell and feel as an audience member that this album is meaningful at a personal level. His performance was broad enough that you can get a feeling for his 12-year career. The first half of the show had Lee wearing jeans, a black shirt and a vest that was a more composed.

“What’s up D.C.?” he talked to the crowd, who cheered back loudly. While most of the songs in his new album Spirit are about heartbreak and loneliness, the first part of the show had an upbeat vibe, with some of his earlier songs mixed in, including the folky “Supply and Demand,” which had the band come together at the center of the stage in an unplugged arrangement.

By the second half of the show, Lee showed up on stage wearing a black leather jacket and shades. The coolness was seething through and the set list favored the sexier of the songs in Lee’s repertoire, including “Baby I Want You,” which had Lee shaking his hips as the crowd went crazy. 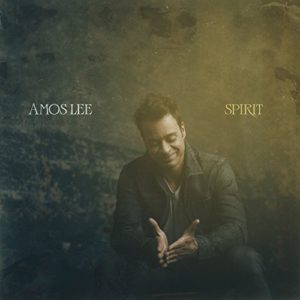 The tone of the entire night was relaxed and laid back. Lee had plenty of chances to talk to the audience and shared some personal stories, not only about how much he loves D.C., but also about his career. Having started in bars, bookstores and anywhere he could play in Philly, you could feel the humility and gratitude of the current state of his career. A fearless performer, for sure, he communes with the audience, transmitting that sense of shared experience you can only get from live performances. With Lee, that feeling is an intimate one.

Although The Kennedy Center’s Concert Hall fits over 2,000 people, Lee made it feel cozy. The acoustics were so impeccable, I felt like Lee’s voice sounded better than in the recorded albums with that moving feeling you can only get from live experiences.

By the end of the show, he talked back to the audience, “Hope you’ve been able to feel it more than hear it.” And feeling we did, with a giving performance that had the band truly having fun on stage. He closed the concert with “Sweet Pea” in an extended version that had the entire concert hall calpping alongside. He returned for an encore, singing a cover version of “American Tune” by Paul Simon and finally closing with “Windows are Rolled Down.” A magical night that took us through folk, soul, R&B, some gospel influences and even rock through the wonderful vehicle that is Amos Lee’s voice.

Amos Lee played for one-night-only on Tuesday, September 13, 2016, at The Kennedy Center’s  Concert Hall – 2700 F Street NW, in Washington, DC. For tickets to their upcoming events, go to their calendar. For tour dates and tickets visit Amos Lee’s website.

“Keep It Loose, Keep It Tight”

“Seen It All Before”

“Out Of The Cold”

“Arms Of A Woman”

“Baby I Want You”

“Sara Smile” by Hall and Oates

“Windows are Rolled Down”