The latest offering at the Media Theatre, the popular musical The Bridges of Madison County, based on Robert James Waller’s 1992 novel, with a book by Marsha Norman, music and lyrics by Jason Robert Brown, and directed by Jesse Cline, opened recently to standing ovations and excellent reviews. Cast members took time out to answer two questions about the production and what they bring to this show.

Why should theatregoers come to see the musical The Bridges of Madison County?

Elisa Matthews, who plays the lead role of Francesca, an Italian married to Bud, an American farmer: 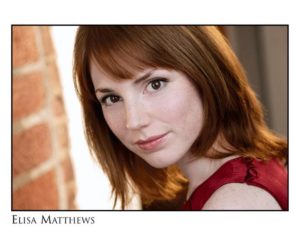 First and foremost the music is beautiful. It is an interesting mix of classical and folk style songs that tell the story and define each of the characters. The story is well-known from the popular book and movie but I think the musical does a good job of making Francesca’s character more three-dimensional focusing on her experience of the war in Naples, her escape to America and how she has navigated her new life in Iowa.

Derek Basthemer, who plays the lead role of Robert Kincaid, a photographer in love with Francesca: 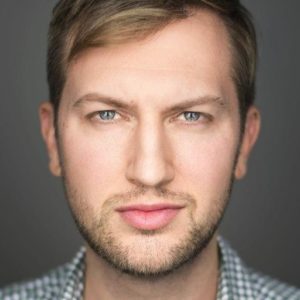 The Bridges of Madison County and this production in particular create a beautiful snapshot of two souls encounter in Iowa. Some of the most stunning music of this decade will sweep you up in their lives and carry you through their love affair.

Robert Stineman as Bud, a farmer in Iowa, married to Francesca, and the father of their two children:

I think it’s the music that’s going to really sit with everyone. The inner lives and emotions of most of these characters aren’t in the text on the page, but in the lyrics of the songs.

What I bring to this production, I hope, is enough humanity and life to Bud that the audience looks at this love story from another angle. Here’s a guy who loves his wife with all of his heart, but they are going through a rough patch. They’re getting older, their kids are growing up, and the love that they felt for one another has changed, perhaps gotten a little stale.

From Bud’s perspective, he knows Francesca wants more from life, but doesn’t know how to give her that, as much as he wants to. There’s no time, there’s no money. And I think as the play continues he knows something is really wrong, that he is losing her somehow, and that scares the hell out of him. His best friend is keeping something from him, and he knows it, even if he doesn’t know what it is.

Nicholas Saverine as Charlie, husband of Marge, and a friendly neighbor. 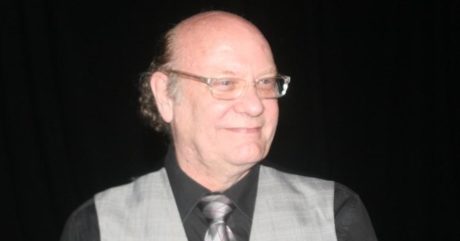 The Bridges Of Madison County has one of the most beautiful scores in contemporary musical theater. Soaring songs that are each a story, not just a comment on what is happening. The songs impart what the characters are thinking and feeling at the most rudimentary, truthful level.

The awesome orchestrations support perfectly the time of story, bringing you right into the scenes emotionally. The dialogue is simple and direct, very accessible to all, and easy to understand and follow. The story will strike a chord with anyone who ever had to make decisions of the heart, and choose between what the heart is telling you and what your sense of responsibility is demanding of you. Who hasn’t stood at that crossroad? Just hearing this beautiful music performed by a brilliant cast and orchestra in itself is not to be missed. Join us. You will be glad you did! 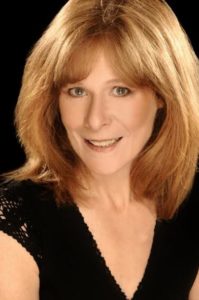 As the show opens and the music begins, you will quickly be swept away into a small town in Iowa, into Madison County, and into the lives of Francesca and Bud, their children and the townsfolk—into the world of impossible choices. Art reflects life. Life throws us many curveballs. Sometimes our choices will drastically alter our lives for better or worse. In TBOMC, Francesca has been thrown a huge curveball, one completely unexpected, yet alluring and life altering. Her inner turmoil is shared with us through Elisa Matthews’ portrayal, in such stunning voice and with such depth and emotion, one could not escape feeling her joy, pain, and angst. Your senses and your emotions will be taken on a journey you don’t want to miss! 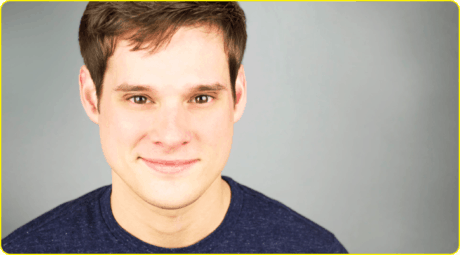 What I find most interesting about this show is the score, which features what I lovingly refer to as “Broadway Bluegrass,” peppered amongst sweeping Italian waltz and trademark Jason Robert Brown rhythmic ballads. This eclectic musical perspective gives The Bridges Of Madison County its own unique identity in the musical theatre cannon that is worth sharing with everyone 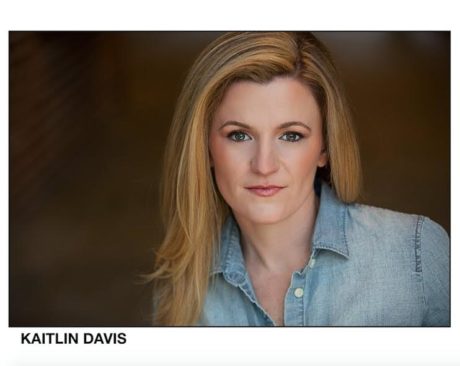 The Bridges of Madison County is a beautifully sung show that is ultimately about how we make sacrifices for the people we love. Elisa and Derek are not to be missed—their voices transport you into their world and their story, night after night. 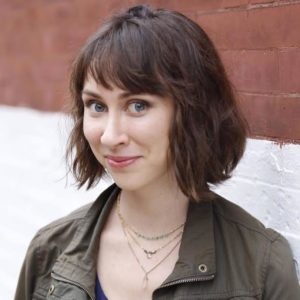 The singing and the music is absolutely beautiful. The story really makes you wonder “what would you do [if you were married and fell in love with someone else]?” 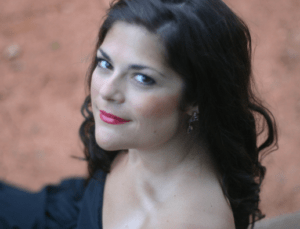 Jason Robert Brown’s score is absolutely breathtaking. I especially love the instrumentation. The script is simple and relatable to anyone who has family, and especially someone who has had to choose between following her heart or commitment. 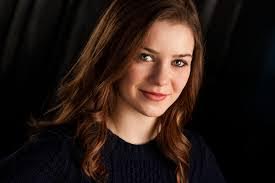 The voices that make up the cast are what makes this show truly special.

What do you bring to your performance and to the production and how do you relate to your character?

Elisa: The role of Francesca was written for Kelli O’Hara, so it is meant for a classically trained voice. My ancestry is Scots-Irish, but my husband is from Rome, so I have studied Italian and we travel there often. I think my experience of Italy through my husband and his family has helped deepen my performance of Francesca. I am also a mother of a toddler, which has changed my life in many ways and opened my heart. Francesca talks about her life choices in her beautiful final song, “Always Better.”

I can relate to being torn between my love for art and my commitment and love for my family. I am lucky to have a handsome and supportive husband who helps me pursue my artistic dreams and still have a family life.

Derek: The scale of this musical score really calls for a level of vocal athleticism that most musicals don’t require. Both Elisa and I trained as classical vocalists, and while [this musical is] not operatic, our training really allows our voices to soar and sing this incredible music.

Robert: I want what I bring to this guy to show why Francesca loved him in the first place, and why staying with him and the kids was the right choice. Or maybe that’s a nice debate the audience can have with one another after it ends.

Nicholas: I’m humbled as a member of this incredibly talented cast, and grateful to tell this story with them. I think my individual contribution, or I should say my character’s contribution to this story, is a settled maturity. Charlie and Marge are a more mature couple, together a long time, very simple and very honest in their relationship. They’re open and talk about anything and everything in their relationship. It may appear that they’re tip-toeing around a topic, but they go there—simply, honestly. I love them! In some ways they remind me of my parents.

Faith: As Marge, I bring a touch of humor as a nosy neighbor, using binoculars to spy on my neighbors. I also bring into play the picture of a long and stable, loving marriage, not without a touch of boredom and some fantasies of an extra marital “crush”—but all done with just a hint of seriousness and a lot of lightheartedness.

But that’s not where Marge stays: she is also the compassionate friend, who shows up in a time of great need, who protects the very neighbor (Francesca) she spied on. Marge sees and understands the dilemma, understands the importance of protecting Francesca’s secret, and remains a loyal friend to the end. Always there. Her last line to Francesca after all is said and done: “I’ll see you tomorrow.” Life goes on. And so does this friendship, no matter what happened.

C.J: I have a strangely bright, high pitched voice for a guy, which has its advantages and disadvantages. In one number, the score requires a man to sing tight Andrews Sisters style harmonies with two women, and guess who got the job! I get to sing with my cast mates, Marissa Wolner and Kaitlin Davis, both of whom I have shared the stage with before and hope to again.

Desiree: We [ensemble members] bring a sense of community to the story.

Marissa: Every singer in this show is phenomenal, and paired with the beautiful score, the show is worth coming to for the music alone.

Running Time: 2 hours and 30 minutes, with a 15-minute intermission.

LINK:
Rachel Beecher’s review of The Bridges of Madison County on DCMetroTheaterArts.