The indefatigable legendary singer and actress, Melba Moore, dazzled the crowd at the Bethesda Blues & Jazz Supper Club on Sunday evening. With a very strong family background in music and an early start “hitting the big time” by winning a Tony Award for Purlie, the charismatic Ms. Moore is no stranger to singing music in a wide diversity of styles aside from the theatrical; Moore has dazzled audiences singing Gospel, Pop, Soul, Rock, and R&B.

Ms. Moore primarily devoted this evening (aside from a musical nod to her theatrical roots) to an emphasis on music that was R&B and Dance –oriented. Jazzy embellishment was interspersed throughout the evening principally by the jazzy and swinging arrangements of her back up group of five musicians, a fine conductor, and three expert back-up singers. During a few interludes, this superb band performed with pulsating power and these fine singers performed with rhythmic harmony and skill.

Ms. Moore is promoting an innovative new album appropriately entitled Forever Moore. I have listened to the entire album and can report that it shows Moore at her best as she sings within her middle and lower register with a nice rhythmic and seductively silken quality of tone.

Moore opened her show with a two songs from her new album. The first was the affirmative and rhythmic “It’s My Time Again.” Moore sang with flashy pizzazz as she captured every joyous note of this captivating song.

Continuing in this “feel good” and upbeat vibe of the preceding song, Moore then launched into the carefree abandon of “Let’s Dance.”

As noted previously, Moore has much theatrical experience and her very successful starring role in the revolutionary musical Hair was shown to great advantage in a medley of songs from that show. She started off with the striking idealism of “The Age of Aquarius” and then careened fluidly into the probing and soulful pathos of “Easy to Be Hard.” She then wrapped this marvelous medley up with an air of musical exuberance while she sang the very joyous “Let the Sun Shine In.”

Moore’s triumphant anthem of the discovery of love from Purlie, namely, “I Got Love” was a jubilant cover of her well-known song, as she caressed each note with a piecing sense of joy.

Citing Lena Horne as an idol of hers, she then proceeded to sing a sultry and fiercely heartbreaking and yet defiant version of the classic “Stormy Weather.” 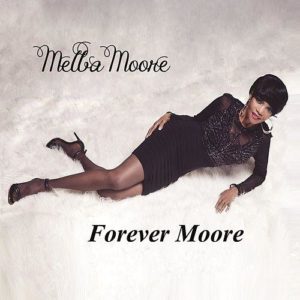 Moore’s voice is wonderfully versatile but she shines at her best when she is singing softer, more rhythmic songs. Ms. Moore pushes through right to the final notes while embracing the emotion underneath each and every note she sings.

“This is It” was another wonderful song and was delivered by Ms. Moore with a rhythmic beat that set the pulse racing.

“Love’s Comin’ Atcha” had an interesting, rhythmic quality that held the audience spellbound.

The entrancing “You Stepped into My Life” had a wonderful groove of cadence and pattern that immersed the listener into an almost euphoric yet, alternating freeing and relaxing mood.

As the Concert drew to a close, Ms. Moore sang the wonderful “Lean On Me” with passion and urgency throughout.

Melba Moore injected just about the right amount of patter and anecdotes between her act and she projected a warm and friendly rapport with her audience throughout. She mentioned her warm regard for the singer, producer, and songwriter Kashif who passed away recently; Kashif was an important part of Ms. Moore’s career. Moore also paid a hearty tribute to the great singer and actress Sarah Dash of Patti LaBelle and the Bluebelles; Ms. Dash had recently performed at this very same wonderful Club and was in attendance at Moore’s show. Moore generously invited her up to the stage, embraced her and warmly introduced her.

Melba Moore is an exciting and eclectic talent. She is a musical inspiration to all in this rapidly changing world —especially since she is always open to new musical challenges.

The Bethesda Blues & Jazz Supper Club should be commended for presenting so many fine talents at their venue.