Guests arrived for the party in formal wear, as requested by the host. Inside the historic building, constructed in 1909, they donned masks in carnival colors and enjoyed hors d’oeuvres and libations, including a special “POEtion” created for this “evening of spirits & consumption.” Suddenly a man in black attire and whiteface, wearing a red-feathered mask, appeared on the grand staircase, beckoning the attendees upstairs into the ballroom. When everyone was seated, the lights went black, the doors slammed shut and locked, and the terror began.

To commemorate the anniversary of Edgar Allan Poe’s death on October 7, 1849, Going Dark Theatre Company and the Mütter Museum presented a one-night-only sold-out performance of his spine-chilling short story The Masque of the Red Death.

Devised and performed by the ever spellbinding Josh Hitchens–well known for his productions of classic themes of the macabre (the multi-talented actor/writer/director also leads ghost tours in Philadelphia)—the immersive solo show recounted Poe’s Gothic fiction of the wealthy (and aptly named) Prince Prospero and his fruitless attempt to evade a deadly plague that was ravaging the region by taking refuge in his expansive abbey and reveling with other nobles at a masquerade ball.

Narrating the unnerving tale in direct address to the captive audience, Hitchens–illuminating himself and the room with only a hand-held blood-red light–gesticulated with coiled fingers, moved up and down in the near darkness, and raised his increasingly agitated voice to a state of panic, as eerie noises, the strains of classical music, and the ticking of a clock provided an evocative background soundscape (lighting and sound design by Ken Jordan). As he reached the end of his hair-raising account, he revealed that the inescapable epidemic, disguised as a masked stranger at the ball (embodied in the darkness by noted Philadelphia Poe scholar Edward G. Pettit), had killed the Prince and every last one of his guests, intoning Poe’s chilling words: “And Darkness and Decay and the Red Death held illimitable dominion over all.” 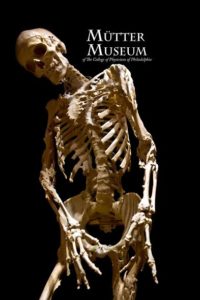 Following Hitchens’ terrific performance, Pettit presented a related educational lecture, “Life and Red Death: Edgar Allan Poe and Consumption,” on the theme of tuberculosis in the author’s life and work Though, as the speaker noted, Poe’s story was a fiction, it was inspired by the rampant TB, or consumption–as it was commonly called in Poe’s time–which plagued the population during his era and haunted him since childhood, taking the lives of his mother, brother, foster mother, and wife (who succumbed at the age of 24).

The Masque of the Red Death: An Evening of Spirits & Consumption provided just that, with an inter-related blend of food and drink, spooky entertainment, fascinating information, and a clever double-entendre!

Running Time: One hour and 45 minutes, without an intermission.

The Masque of the Red Death played on Tuesday, October 4, 2016, at Going Dark Theatre Company, performing at the Mütter Museum – 19 South 22nd Street, in Philadelphia, PA.