The New York City Ballet’s “main man” for 25 years, Damian Woetzel is a hero to many, certainly one of my favorite dancers. Dressed in stylish jeans and midnight blue t-shirt, his dark curly hair sprinkled with silver, the still boyish-looking dancer turned director bound onto The Kennedy Center’s Eisenhower Theater last Monday evening to present the second installment of his DEMO series. This time around it was a collection of performers from across the arts spectrum that explored their relations with Heroes. And what a joyous show it was for both the audience and performers, especially Woetzel.

The evening began with Lil Buck and a street dance called “jookin’ that originated in Memphis and has spread throughout the country. His rendition of “The Swan” with world-renowned cellist Yo-Yo Ma has garnered millions of views online and opened the door to future collaborations like the opening act with Instrumentalist and vocalist Kate Davis in a tribute to David Bowie.

Robert Fairchild, a principal dancer at the New York City Ballet, and most recently the star of the Tony Award-winning Broadway hit musical, An American in Paris, pulled off a smooth Gene Kelly routine, while his buddy Woetzel showed off some of his own coolness a la Fred Astaire and NYCD buddy, Jacques d’Amboise. Swoon!

Midway in the 80-minute, no intermission program, tap dancer extraordinaire Jared Grimes honored his idols, Gregory Hines, and Sammy Davis Jr. He pulled out all the stops with shuffles, flaps, up-on-his-toes tapping and a “shim-sham” to die for. Pianist Matthew Whitaker (an amazing artist) played a jazzy rendition of The Birth of the Blues and the crowd went wild.

Kudos to all participants and to The Kennedy Center who put on a terrific show, ending with a star-spangled salute to America’s heroes, the  Wounded Warrior Band. For me, though, the tribute to Suzanne Farrell remains the evening’s most memorable moment. Dancer Carla Korbes performed George Balanchine’s soulful Elegie with viola accompaniment by Dan Foster. Woertzel, too, had special words for Farrell, Balanchine’s true muse.

With her intimate experience in Balanchine’s works, Farrell carries forth the master’s legacy via her company’s annual performances and workshops at The Kennedy Center. Sadly she will end her company’s performance engagements during the Center’s 2017-18 season. Farrell stands alone as a coach for the young ballerinas, especially those who are chosen to dance the roles she once did. Fortunately she will continue this legacy under the auspices of The Kennedy Center and the Suzanne Farrell Summer Intensive.

Damian Woetzel is currently the Artistic Director of the Vail International Dance Festival and the Director of Arts Programs for the Aspen Institute. Dubbed the “Matchmaker” by the New York Times, he has garnered acclaim over the last years for creating unusual combinations of music, dance, and theater, often engaging with the world of ideas. Check out the first DEMO: Time video on You Tube.

DEMO by Damian Woetzel: Heroes was performed only once at the Kennedy Center Eisenhower Theater on Monday, October 10, 2016. No doubt Damian Woetzel has an abundance of friends and heroes to continue this format for many more shows. Suzanne Farrell Ballet, a company that honors Balanchine’s genius and Farrell’s caring oversee, has a more limited run. Which is why readers should rush to buy tickets to next week’s all Balanchine program. 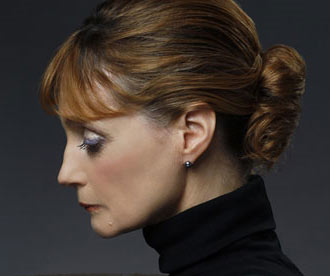 The Suzanne Farrell Ballet performs two company premieres, Gounod Symphony and the rousing Stars and Stripes plus a returning favorite, Danses Concertantes on Friday through Sunday, October 21-23, 2016, at The Kennedy Center’s Eisenhower Theater – 2700 F Street, NW, in Washington DC. For tickets call (800) 444-1324 or (202) 467-4600, or purchase them online. 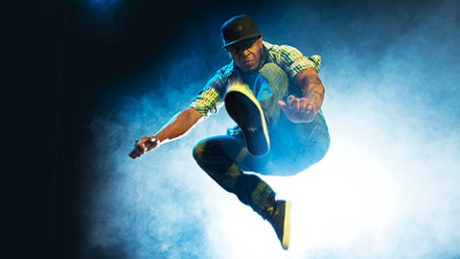 From sublime to sharp and sassy, Debbie Allen’s FREEZE FRAME…Stop the Madness takes over the Eisenhower Theater Thursday through Sunday Oct. 27-30, 2016. Following the opening night performance, Whoopi Goldberg hosts a free post-show panel discussion, Power of the Arts to Be Transformative. 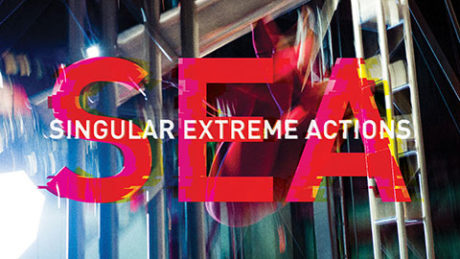 One of the most daring dance troupes around, Streb Extreme Action performs SEA, a death-defying work where the thrill-seeking performers interact with mechanics and hardware specifically created for the show in the Eisenhower Theater Friday and Saturday, November 4 and 5, 2016. 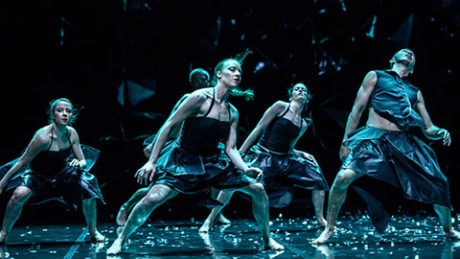 Danish Dance Theatre follows with a work seen at the 2013 Nordic Cool Festival at The Kennedy Center. Check out Black Diamond in that same Eisenhower Theater Friday and Saturday, October 18 and 19, 2016.