The Studio Theatre of the Arden Theatre Company’s Hamilton Family Arts Center was transformed into a nightclub/cabaret for Michael Ogborn’s Night at the Blue Parrot. Small round tables, covered with black tablecloths, seated 4 people, and were relatively close together. White votive candles lit each table, and upon arrival staff uncorked wine bottles and distributed cups. Large round lanterns hung from the ceiling, and cloths were draped over them to subdue and soften the lighting. Guests feasted on their meals and snacks. The stage was raised a couple of steps in the corner and was just expansive enough for an upright piano, some books, microphones, and a few chairs for the bassist and the other two singers. Ogborn wore a black tailcoat along with a white t-shirt and blue jeans. This set the mood for an evening that was both professional and elegant but, at the same time, friendly and fun.

The song, “Love is in the Air” (by John Paul Young) began Ogborn’s cabaret at the Arden Theatre Company’s Studio Theatre. The show featured mostly covers of love songs from the 1960s and 1970s, like “California Dreaming,” “Daydream Believer,” and “Wedding Bell Blues”, as well as storytelling and jokes by Ogborn.  Ogborn played the piano and sang his heart out accompanied by Andrew Nelson on bass guitar and Chuck Sweeney and Richard Paul as back up vocals. The bass added a pop/classic rock sound and rhythm to the ensemble. Sweeney and Paul, in addition to lending their voices as harmony, had solos and enhanced the comedy. I joined in with laughter, clapping and singing, and a fun, relaxing evening was had by all.

The program also included: “Wichita Lineman,” “Walk Away Renée”, “The Man With the Child in His Eyes,” “Those Were the Days,” “Delta Dawn,” “Let Me Be There,” “Brand New Key”, “The Man Who Got Away,” “The Java Jive”, “Never My Love,” “Happy Together,” and “Put a Little Love in Your Heart.”

Sweeney imitated Judy Garland in A Star is Born (“The Man Who Got Away”).  Ogborn turned “Let Me Be There” into “Let Me Be Cher,” a parody of Cher, and Paul became Karen Carpenter singing one of her hit songs, in a scene they called “Dig Her Up.”

Michael Ogborn is now a composer of musical theatre, but has not lost his performing chops. He accompanied himself on the piano as he sang and did not miss a beat interjecting stories and humor in the middle of songs or between them. He spoke directly to the audience. I was very impressed with his stage presence and consistent connection with the audience while he was simultaneously playing and singing. He never lost eye contact with us and appeared to be enjoying himself immensely. All of the songs flowed seamlessly with the tales and jokes, making a coherent presentation. Ogborn and Company made it seem spontaneous and fresh. The sweetness and simplicity of the songs took me back to my childhood and the spirit of the cabaret was light and optimistic.

Fortunately, here in Philadelphia, cabaret is alive and well. The Arden Theatre Company established their cabaret series to encourage their artists to produce their own shows. Honorary Producers for Night at the Blue Parrot are Bob and Nancy Elfant, and  the production team for this show is led by Cabaret Producer, Jonathan Silver. True to cabaret roots, tonight’s atmosphere was congenial and inviting, and “bring your own food and drink.”

After a rousing standing ovation, Ogborn performed three encores, including one of his own compositions. “Make Your Own Kind of Music” was the first encore. This was inspiring in a literate and figurative way; it connected to Ogborn’s life since he eventually made his own music as a composer. Figuratively, everyone at some point is doing his or her own thing and needs to own it. After that he sang a medley of Rodger’s & Hammerstein musical theatre songs. But this was no ordinary medley! He sang excerpts of TWENTY-FIVE songs in under three minutes. Ogborn mentioned he only used three chords for this medley, but it was astonishing that all twenty-five excerpts were recognizable, in character and in tune.  I thought the song he composed, “Frying Pan Song” from Café Puttanesca, was humorous, powerful and intriguing, and I look forward to hearing more. By far the range of emotions and melodic complexity of “Frying Pan Song” upstaged the rest of the cabaret and was a dazzling finish.

Michael Ogborn’s Night at the Blue Parrot, was an entertaining musical respite, perfect at the end of a long work week. 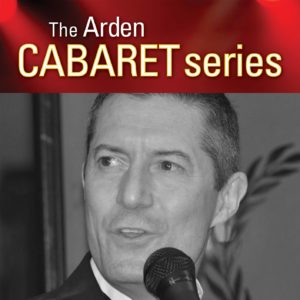 Love is in the Air

The Man with the Child in his Eyes

Those Were the Days

Delta Dawn/ Let Me Be There

The Man That Got Away   (performed as Judy G. by Mr Chuck Sweeney

Put a Little Love in Your Heart

Make Your Own Kind of Music