Kensington Arts Theatre-2nd Stage’s production of The Wizard of Oz Young Performers’ Edition is up and running at the Kentlands Arts Barn.

A great way to while away a few hours with your kids on an autumn weekend, this show features all the classic songs you know and love from The Wizard of Oz plus a few surprises! 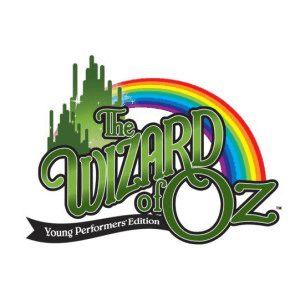 This production of The Wizard of Oz is unique in that it utilizes a play-within-a-play format in which Dorothy is watching the beloved 1939 film version of The Wizard of Oz (on a large projection screen) while lying in bed with her dog. Dorothy falls asleep and starts to dream of a land over the rainbow and… well, you know the rest.

Veteran youth director Fred Zirm has assembled an enthusiastic cast of area students ranging from 8 to 17 years old. This talented group is headed by Maya Ronick who is perfectly suited to the role of Dorothy and did an excellent job on “Over the Rainbow.” It was great fun to watch the interaction between Dorothy and Toto, played with furry gusto by Maeve Williams.

The entire cast deserves applause for their energetic and entertaining performances. A few performers who stood out to me, in addition to Ronick and Williams, include Zoey Wexler, whose performance as the cowardly lion featured great dance moves and excellent comedic timing. Hayden Polsky’s “If I Only Had a Brain” was perfectly knock-kneed and Meaghan Howard as the tin man completed the trio of adorable friends who accompanied Dorothy down the yellow brick road.

One innovative twist to this production was that the yellow brick road was a living breathing character played by an adorable Hayden Ross in her theatrical debut. Hana O’Looney’s performances of multiple characters showcased strong vocal skills and a lively stage personality while Ava Silberman was a lovely Glinda while singing “Munchkinland.” Ella Kotok was humorous as Professor Marvel and the Wizard. No Wizard of Oz would be complete without a wicked witch, played by a gloriously green Hannah Markov.

One surprise in this show is the inclusion of a song called “The Jitterbug” which was cut from the 1939 film. It was a nice change of pace to hear a new tune in the middle of such familiar music and Ian Brown-Gorrell’s choreography made the song shine.

Doe B. Kim’s multimedia design added immensely to the production and complemented the simple set which was comprised of a bed and a series of boxes that could be reconfigured to allow easy scene changes. Sandra Eggleston assembled a high quality selection of costumes.

The cast and crew of The Wizard of Oz Young Performers’ Edition put on a really fun show for children and adults alike.

Running Time: 70 minute, with no intermission.

The Wizard of Oz Young Performers’ Edition Plays Friday-Sunday through October 23rd, 2016 at KAT-2nd Stage performing at the Gaithersburg Arts Barn – 311 Kent Square Road, in Gaithersburg, MD. For tickets call (301) 258-6394, buy them at the door, or purchase them online.