The Bald Ballerina stages a dance in the name of Love 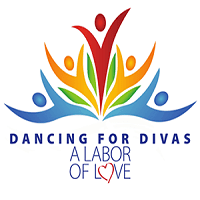 Her many Howard County supporters would probably be pleased if Maggie Kurdirka, The Bald Ballerina, merely walked on stage and posed in her gorgeous arabesque at Saturday night’s Dancing for Divas, A Labor Love benefit concert at Howard Community College in Columbia. Ballet fans would be thrilled if she just whipped off a fouette (one of those spinning turns performed on a single foot en pointe), or if she danced a variation of The Nutcracker, a role the 24 year-old ballerina has graced so many stages with before and after she was diagnosed with stage 4 breast cancer.

But Maggie wants to do more for this year’s fundraiser for the college’s Helping Hands Fund and dance scholarships. The Howard County native, together with USA International Ballet Competition gold medal-winner Adrienne Canterna, has created a new work titled Loss and Survival. Set to Edith Piaf’s poignant music, the performance features a gut-wrenching solo that touches all and lingers long after the curtain closes.

Caterna will perform an original contemporary ballet with Ken Corrigan, a member of the group Bad Boys of Ballet that has toured all over the world. This work is dedicated to Kurdirka who has her own benefit concert scheduled Sunday, January 8, 2017 in the same Smith Theatre at the college.

And that’s not all. There are the Columbia pioneer dancer, choreographers/supporters of dance in Columbia going back 50 years! Marcia Lachman holds the title of “First Dance Teacher in Columbia,” Caryl Maxwell began teaching ballet in the 1970s, and we remember Ann Waugh Allen, who took teenagers off the street and taught them to perform multi-media theater and dance.

Adria Tennor, a Wilde Lake High School and NYU alumna, is traveling from Hollywood to emcee the event. Adria currently lives and works in Los Angeles and has performed in TV shows such as Mad Men and an episode of NCIS. Her first film, Cracked won Best Director of a Short Film in 2015 at the Independent Filmmakers Showcase in Beverly Hills. She will co-host with Broadway performer Ric Ryder, a triple threat who has supported these benefits since they began in 1988. Ryder will pay tribute to Toby Orenstein, founder of The Young Columbians, also on the bill.

Patricia Hammer will accompany noted jazz singer SAISA in “I Wish You Love,” especially for Doris Ligon. The Misako Ballet will dance two works, one choreographed by Eva Anderson. Broadway starlet Ashley Blair Fitzgerald will heat up the program with “I Gotcha” from Liza Minnelli’s Liza with a Z.