There’s very little in the world of dining out that compares to going to a really good steakhouse. If cooked just the way you like it, it can be the perfect topper to your day. The Baltimore area is fortunate to have many fine steakhouses downtown. Actually in about a three to four block area I can count six. 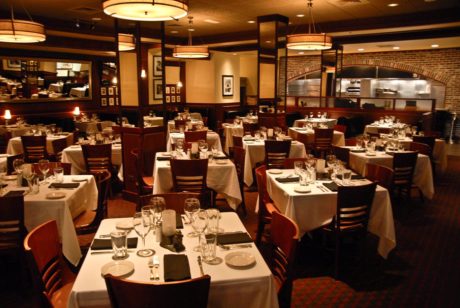 This feature will concentrate on one of them, Sullivan’s Steakhouse, at 1 East Pratt Street. Sullivan’s is open for lunch and dinner Monday through Friday and for dinner only on weekends. And I will tell you, I strongly suggest a reservation, yes even for the weekdays.

I have been there twice in the last month and both times, one at lunch, one at dinner, the dining rooms were full. When I arrived I was seated in about 10 minutes. Right away I thought it was because they recognized me, Turns out, it was the time of my reservation so they sat me like they would do anyone else. If you don’t mind, I’ll go with the former explanation.

First of all, Sullivan’s has valet parking after 5 and there is a parking lot, Light Street Garage, less than half a block away.

In the warmer months you can dine on the patio. Personally that isn’t my favorite spot to eat. I prefer the elegance of either dining room, one in the bar area and another in the main room. There is an open kitchen so you can watch your steak being prepared.

The bar has TVs, no doubt for sporting events and live music Tuesday through Friday evenings. Thursday through Sunday there is a happy hour in the bar area, which offers a limited menu, with the $7.00 hamburgers being a big hit.

Lest you think Sullivan’s is just a steakhouse, oh no, no, no. Other items of note include salmon, tuna, crab legs, lobster tail, Thai beef salad, soup, salads, sea bass and chicken, I’m sorry but when I eat here I have to order one of the steaks.

After all the sign outside reads Sullivan’s Steakhouse, not Sullivan’s House of Tuna or Sullivan’s the Place for Crab Legs. It doesn’t mean those items aren’t any good, indeed they are. But if I go to Sabatino’s I’m ordering Italian. Are we clear on that point? 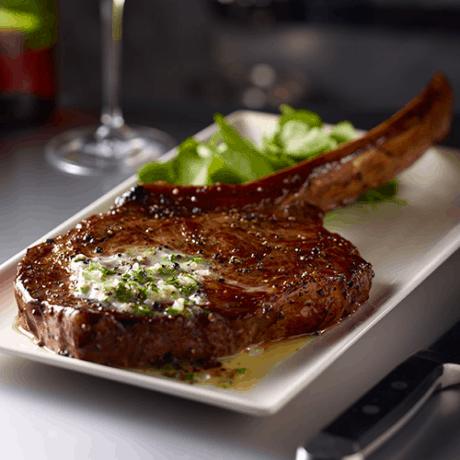 All steaks are hand cut in house. And as I already said, you can watch your meal being cooked, which I don’t do. I’m thinking those guys in the kitchen know what they’re doing. They can work just as well without me staring at them.

And in case you’re wondering how the restaurant got its name, as I was, it was named after famed boxer John L. Sullivan. Why? I don’t know and neither did the folks in the restaurant.

Here’s another reason to visit Sullivan’s. You are already downtown so just cross Light Street and enjoy a walk along the inner harbor promenade and maybe visit an attraction or two.