It’s much ado about two small slips of paper in Act II Playhouse’s astute production of Mauritius, Theresa Rebeck’s thriller based on the intense world of stamp collecting. Despite the inherent oxymoron, philately nevertheless takes center stage in a swarm of evil plotting that exposes the dark side of a trade once reserved for the eccentric or the elderly.

Rebeck builds her suspense around an allegedly valuable collection of stamps, which includes the Mauritius “post office” stamps from the nineteenth-century British colony off the coast of Africa, some of the first and rarest stamps in existence. Structured like an Agatha Christie drama, without the murder to solve, a determined young woman finds herself in the eye of a commerce hurricane flanked by shysters and con men with the potentially valuable stamps as her only refuge from her looming economic woes.

Campbell O’Hare commands the role of Jackie, the spunky potential seller, balancing the haunting wounds of familial damage with a righteous anger for anyone even attempting to take advantage of her. As the slipperiest in the clan of collectors trying to get their hands on the stamps, Jake Blouch (Dennis) could charm the pants off even the prickliest of dealmakers. Blouch is the driving force in the production with an artful handling of the unique dialogue style as well as a cornucopia of tactics that will undoubtedly get him exactly what he wants. Together, Blouch, and O’Hare are at their best while negotiating, casually sparring and slinging accusations at one another.

Brian McCann (Philip) is a reliable, steadying presence as the hapless shop owner and stamp expert, with Stephen Novelli (Sterling) and Julianna Zinkel (Mary) doing most of the evil mustache twirling as the foul-mouthed philatelist heavy and the wicked half sister, respectively.

Directed by David Bradley, Rebeck’s script mostly moves quickly and efficiently. A daring, defiant wit defines each of the characters even in the face of a more than surprising amount of mansplaining. As the young female protagonist, Jackie churns through a cycle of defiantly standing her ground and getting duped, leaving the viewer dizzied plot twists. Rebeck possesses no lack of skill in drawing out a suspenseful story with artful power shifts, but does little to reinvent the form.

Moving as swiftly as the coveted collection, Colin McIlvane’s clever set design dazzles in each of the dingy corners of the alternating apartment and stamp shop, gilded by Lilly Fossner’s lighting design. Costume Designer Katherine Fritz draws a nuanced and familiar version of each character ranging from high-end power suits to flannels and ripped jeans. Christopher Colucci’s sound design and original music use soulful guitars to bring a modern feel to the contemporary drama.

Shrewd and tightly focused, Mauritius packs a punch of suspense and indignation. An all but literal tug of war over antique stamps amounts to a compelling crime drama filled with passionate disputes and dashed hopes. 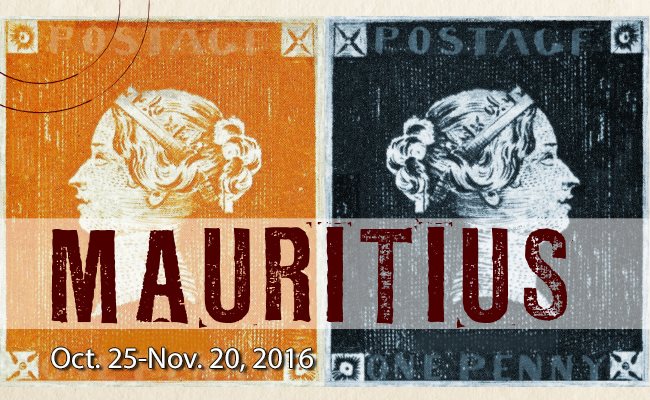