Broadway truly arrives in Annapolis when Live Arts Maryland performs One Singular Sensation – The Music of Marvin Hamlisch, on Saturday, November 12, 2016, at 8 p.m. at Maryland Hall for the Creative Arts.

I am very excited about this concert. I was very fortunate to have known and worked with Marvin. He was one of the kindest and most generous people I have ever met and was a mentor, colleague and, most importantly, a great friend.

Green and the soloists have participated in several concerts of Mr. Hamlisch’s music since his untimely death in 2012, including a recent benefit performance for the 100th anniversary of the American Cancer Society at New York City’s Hudson Theatre.

The performers joining Live Arts Maryland for this special event are all veterans of Broadway, off-Broadway, cabarets and the concert hall stage. Some have also appeared on popular TV shows. They are Valerie Lemon, Marissa McGowan, and Rocky Paterra, and Juilliard trained pianist Peter Dugan. Together, they, along with Mr. Green, have created a fitting celebration of one of America’s best and most prolific composers.

Mr. Hamlisch wrote music that is a big part of the American soundtrack. He scored 45 films and eight musicals. He composed some of the most memorable pop songs, including Barbra Streisand’s hit, “The Way We Were” and Carly Simon’s “Nobody Does it Better,” which was included in the James Bond film The Spy Who Loved Me. 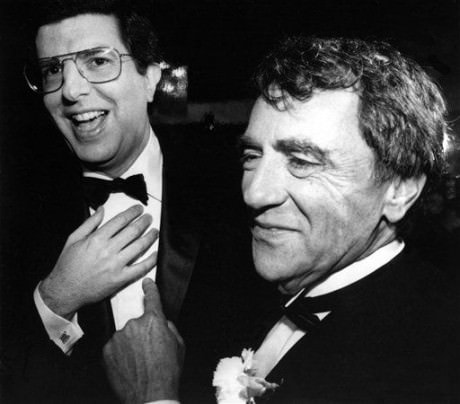 He also wrote music for the Tony Award-winning Broadway classic A Chorus Line, which featured “What I Did for Love.”

During his career, he won an unprecedented three Oscars, four Emmys, four Grammys, two Golden Globe awards, a Tony Award, and even a Pulitzer Prize. At the time of his death, Mr. Hamlisch was hard at work on yet another Broadway show and had also authored a children’s book.

Single tickets for this concert are $12 for students and $35/$40 for adults (with an additional Maryland Hall Service fee) are available at the Maryland Hall Box Office by calling 410-280-5640 or online.

The Student Rush ticket program is active for this concert. Students over 18 with valid IDs may visit the box office a half-hour before curtain to receive a free ticket. Students under 18 do not need a valid ID. More information is here.

LINKS:
A Tribute to My Mentor and Our Friend Marvin Hamlisch by Joshua and Jane Coyne.

A Lovefest for a Mensch – A Celebration of the Life of Marvin Hamlisch at Temple Emanu-El by Joel Markowitz.

An Interview with Broadway Music Director Ted Sperling on ‘An Evening with the Music of Marvin Hamlisch’ at the Library of Congress on 10/19 by David Rohde.

Karma Camp on ‘The Best Little Whorehouse in Texas’ and Her Friend Marvin Hamlisch by Joel Markowitz.

This press release was written by Katherine Hilton, and the video, pictures, and links were added by Joel Markowitz.