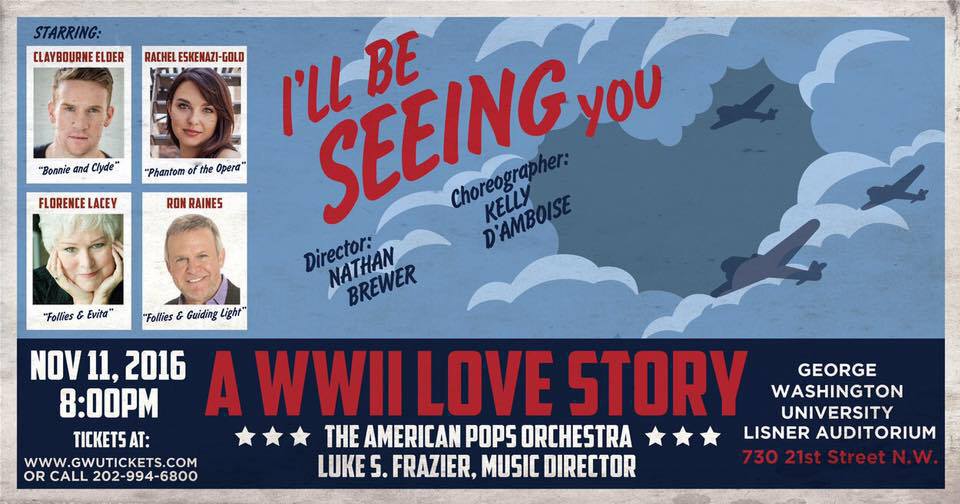 “I’LL BE SEEING YOU – A WORLD WAR II LOVE STORY”

FOR VETERANS DAY TO OPEN THEIR ALL-STAR SECOND SEASON.

OR AT THE BOX OFFICE:

AND BOTH ACTIVE AND RETIRED MILITARY

Maestro LUKE FRAZIER and THE AMERICAN POPS ORCHESTRA — Washington, DC’s innovative hometown orchestra — open their all-star 2016-2017 season with I’ll Be Seeing You: A World War II Love Story tonight on Veterans Day, TONIGHT, Friday, November 11th at 8:00 PM. Based on letters exchanged between a sailor and his sweetheart (Luke Frazier’s own grandparents) during World War II, this original show tells a timeless story of love between those who serve and those who await their safe return. The work pays tribute to a fantastic era in popular music and gives a heartwarming glimpse into the experience of a real-life Navy family.  Tickets to the shows are on sale at www.TheAmericanPops.org.

I’ll Be Seeing You: A World War II Love Story stars Broadway and TV favorites Ron Raines (TV’s “Guiding Light,” Follies at the Kennedy Center, Tony nominated on Broadway), Florence Lacey (Sunday in the Park… at the Kennedy Center), Claybourne Elder (The CW-TV’s “The Carrie Diaries,” Sunday in the Park… at the Signature), and Rachel Eskenazi-Gold (currently Christine Daaéin Broadway’s Phantom of the Opera). The show is written by Kelley Lund, directed by Nathan Brewer, choreograped by Kelly Crandall d’Amboise, and features dancers Ronald Brady, Jr. and Hannah Jennens.

“My grandparents always listened to the songs of the 1940’s, it was the music of their coming of age,” reflects says Luke Frazier. “This was the music that served as the soundtrack of my childhood with them. When my grandmother had to leave her home, we found the letters that they sent back and forth during the war and we created the show as a remembrance to them as well as the countless others who share this story. So many people have heard about this show and approached me to share their family story, both from WW2 and many more recent stories of vets and their families. This is a story of universal appeal underscored by some of the greatest American music ever written.”

The 2016-2017 season will continue with Don’t Rain on My Parade: 75 Years of Streisand  (January 13), a new family-oriented Cinderella (March 11) and You Spin Me ‘Round: An 80s Dance Party (April 7). Tickets to all shows, which take place atThe George Washington University’s Lisner Auditorium, are on sale at www.TheAmericanPops.org.

The orchestra will launch the free monthly lunchtime concert series “Third Thursdays” – hosted by and featuring Luke Frazier –on Thursday, October 20 to highlight members of their acclaimed ensemble at Live! at 10th and G (First Congregational UCC, 945 G Street NW, WDC 20001). These events will support the DC Youth Orchestra Program, where Frazier is an Artist-in-Residence.

In addition to the regular concerts of the season, Frazier and the American Pops Orchestra recently performed at the Hispanic Heritage Awards in September 2016, which was nationally broadcast on PBS. Later this season, they will appear at the Beacon Prize, given by Human Rights First to honor commitment to the American ideals of freedom and human dignity, in December 2016; and the DC Standing Ovation Awards, celebrating excellence in the DC Public Schools, in February 2017.

THE AMERICAN POPS ORCHESTRA founded by LUKE FRAZIER presents innovative orchestral programming, featuring groundbreaking concepts to develop and inspire a new audience for the 21st century. This professional orchestra boasts outstanding musicians from New York and Washington DC. The American Pops presented six original orchestral programs in its opening 2015-2016 season, featuring leading Broadway singers, dancers, and actors.  The orchestra’s October 2015 performance of “Stairway to Paradise: A Gershwin Spectacular” — featuring two-time Tony Award winner Christine Ebersole — was hailed by DC Theater Arts for “inspiredarrangements of beloved Gershwin songs that reinvigorate the material and highlight the skill of his musicians.” Another season highlight was “A Broadway Christmas” featuring Elaine Paige, the first Lady of the British Musical Stage. Other high-profile performances in the last year include a special event at The Kennedy Center hosted by Tommy Tune, the Hispanic Heritage Awards with Presidential Medal of Freedom winner Arturo Sandoval, the DC Standing Ovation Awards, theatreWashington’s Helen Hayes Awards, and The Giving Pledge at the Smithsonian Institute’s National Museum of American History. The APO made its New York debut in December 2015 at the all-star Edith Piaf Centennial Celebration at The Town Hall and was praised for its “sumptuous lilt” by The New York Times. www.TheAmericanPops.org

LUKE FRAZIER has quickly established him as a dynamic force across the music community. Pulitzer Prize-winning composer Marvin Hamlisch put it best, calling Frazier “so talented, and sensitive to every nuance.” Committed to re-envisioning pops programming, he has proven himself among musical heavyweights as both an accomplished conductor and a sensitive pianist. Frazier has worked with artists Renée Fleming, Kevin Spacey, Denyce Graves, Darren Criss, Lea Salonga, Laura Osnes, Eric Owens, Liza Minnelli, Chita Rivera, Rita Moreno, Christine Ebersole, and Michael Feinstein, among others.

He has the distinction of conducting in all three of the largest venues at the Kennedy Center. In addition to the APO, Mr. Frazier founded the National Broadway Chorus in Washington DC, which has toured through Indianapolis and Chicago, and was featured at the Great American Songbook Foundation Gala, where Mr. Frazier serves on the Board. Mr. Frazier also enjoys an active schedule as a guest conductor. e has recently appeared with the West Virginia Symphony, the Northwestern University Symphony Orchestra, and the Jazz at Lincoln Center Orchestra with Wynton Marsalis.

In demand as a clinician, adjudicator, and speaker, Luke recently addressed the National Symphony Orchestra (NSO)’s “Summer Music Institute” students.  He appeared as the Keynote Speaker for the National Society of Arts and Letters (NSAL) Award for Excellence in the Arts at the Kennedy Center and also addressed the VSA, an international organization for the arts and disability. Luke returned to his alma mater, Ohio University, for a third year of master classes with Broadway talent as part of “Broadway at Ohio” in September 2016.  He will also present an original program honoring the 100th anniversary of Ella Fitzgerald’s birth with the DC Youth Orchestra in Spring 2017. Twitter: @LSFConductor — www.LukeFrazierMusic.com 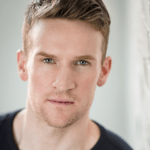 CLAYBOURNE ELDER is a Drama Desk and Lucille Lortel Award nominee best known for his performances in New York and on Broadway originating the roles of Buck in Bonnie and Clyde, Hollis in Stephen Sondheim’s Road Show, and Ollie in Tennessee Williams’ One Arm. He was also seen in the NY revivals of Two by Two (starring Jason Alexander), as Joe Jr. in Allegro, as Eddie in Do I Hear A Waltz and the Soldier in Sunday in the Park… both at City Center, as well as Off Broadway in Venice at the Public Theatre. Regionally he has played Joe in Angels in America Parts I and II directed by David Cromer, as George in Sunday in the Park… at the Signature Theatre (Helen Hayes Award Best Musical), as the Wolf/Cinderella’s Prince in Moises Kaufman’s production of Into the Woods. On television he played Pete O’Malley on the CW series “The Carrie Diaries.” www.ClaybourneElder.com 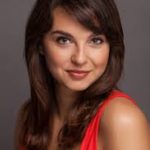 RACHEL ESKENAZI-GOLD made her Broadway debut with Phantom of the Opera where she currently plays the role of Christine Daaé. Regional credits include Ariel in The Little Mermaid at Chicago Shakespeare Theatre, Louise in Gypsy, and Tzeitel in Fiddler on the Roof.  Rachel is a recent honors graduate of the University of Michigan’s BFA Musical Theatre program and attended Interlochen Arts Academy. Instagram: @Rachel.EG Twitter: @Rachel_eg. www.RachelEG.com 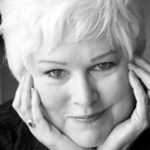 FLORENCE LACEY, last seen on Broadway in the critically acclaimed Kennedy Center production of Stephen Sondheim’s Follies, made her Broadway debut as Irene Malloy in Hello, Dolly! for which she won the Theatre World Award. Her biggest role was Eva Peron in Evita, a role she played on Broadway and on tour around the world. Other Broadway credits include Fantine in Les Miserables; Marianne in The Grand Tour; and An Evening with Jerry Herman (MAC Award). Off Broadway she was seen in Sweetfeet, Elizabeth and Essex, Styne After Styne, and Under the Bridge. In regional theatre her shows include, Pal Joey at Goodspeed Opera, A Little Night Music and Wings(Connecticut Critic’s Circle Award) at Connecticut Rep. At the Kennedy Center in Washington D. C. she performed Sunday In the Park.., Follies, and a staged concert version of My Fair Lady.  The Tony winning Signature Theatre in Arlington, Virginia has seen Flo in Sunset Blvd., The Rhythm Club, The Gospel According to Fishman, One Red Flower, Nevermore, Ace, Saving Aimee, Crossing, and Follies. 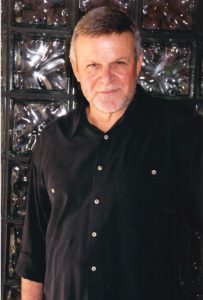 RON RAINES is a Tony Award nominee for the acclaimed production of Follies, Ron has had an illustrious international career spanning musical theater, opera, concert, and television. Born and raised in Texas, Ron Raines attended Oklahoma City University and The Juilliard School. He was a three-time Emmy and Soap Opera Digest Award nominee for his role as villain Alan Spaulding on CBS’s longest running daytime drama “Guiding Light.” Ron has appeared on “Elementary” and “Person Of Interest.” He starred on Broadway in Annie, Newsies, Chicago and Show Boat, and originated the role of Nick Longworth in Teddy and Alice with Len Cariou.  He has delighted audiences around the world with his memorable starring roles in virtually every major American musical and operetta, including A Little Night Music, The Unsinkable Molly Brown, South Pacific, Annie, Kismet, Sayonara, Kiss Me Kate, The King and I, Naughty Marietta, The Merry Widow, Brigadoon, Rose Marie, Oklahoma!, Carousel, Side by Side by Sondheim, Guys and Dolls, and Man of La Mancha at the Covent Garden Festival.  He has soloed with over 50 major American and international orchestras, including the Boston Pops, the Philly Pops, the BBC Concert Orchestra, the Jerusalem Symphony, and the Israel Philharmonic, and has performed at Carnegie Hall, the 92nd Street Y, Tanglewood, the London Palladium, Rainbow and Stars, and Royal Festival Hall.  He has appeared on four PBS “Great Performances.” www.RonRainesOnline.com.