The week of October 10, Center Stage solicited prompts through social media. The playwrights they’d selected – Nathan Alan Davis, Larissa Fasthorse, and Hank Boland each picked three of their favorite prompts and wrote short plays for each. The plays were voted for and the winners were put on in a pop-up performance at the foot of the He/She statue at Penn Station.

Click here for a video of October’s WNPL performances.

For its second month, WNPL has a new slate of playwrights and, this time, they are working in teams. Amy E. Witting and Paul Eddy; Tegan McLeod and Ismail Khalidi; and Allison Gregory and Steven Dietz.

Monday, prompts were submitted and today these teams are busy writing their plays.

Tomorrow, visit Center Stage’s FaceBook and Twitter to vote for your favorite play from each of the teams of playwrights.

This Thursday, November 17th, the three winning plays will be performed as a staged reading for the public. A group of actors are on call and will have about an hour to rehearse before presenting the brand-new short plays at 1:00 pm.

To add to spontaneous nature of the project, the plays will be performed in a secret pop-up location – a public space or local business in Baltimore City. Last month’s WNPL performance was at Penn Station; this month… we’ll have to wait until Thursday morning to find out.

Keep your eye on FaceBook and Twitter for the disclosure of where the pop-up theater will be located, then head over there at 1:00pm on Thursday to watch the performance. For those unable to get to the temporary theater space in person, the performances will be live-streamed on FaceBook Live and Periscope.

The WNPL series will continue one week a month through January 2017. The next dates are:

Each month will feature new playwrights, new actors, a new performance venue and new original plays based on the prompts provided by the public. 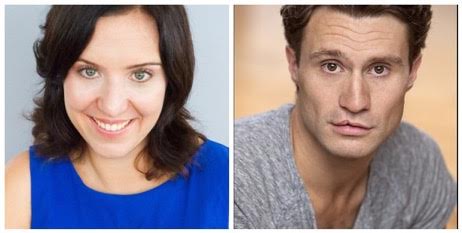 Paul Eddy is an actor and a singer/songwriter from Georgetown, KY who has recently moved from New York City to warm and sunny San Diego, CA. He has been fortunate enough to work with Amy E. Witting on many projects including Day 392 (Kennedy Center) and Road Veins (TADA Theater). He was also recently a musician for Lisa Loeb’s musical Camp Kappawanna (Atlantic Theater Co) as well as an actor/musician for the OBA Nominated musical The Velveteen Rabbit (Atlantic Theater Co). You can catch him being fooled on Colby Day’s Michelob Ultra failed Super Bowl commercial and on Snapchat’s Super Bowl feature called Where We Dwell. For more info or to see videos of him playing around New York City paulswenseneddy.com 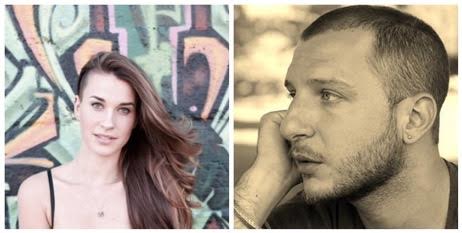 Tegan McLeod was born in Iowa City, IA. She later moved to the UK where she went on to study English Literature at Oxford University. She began acting in the National Youth Theatre and her first play Never Such Rain (written at age 18) was a runner-up in the Oxford New Writer’s Festival. Upon graduating, Tegan became one of only two playwrights, internationally, to be awarded a full scholarship to the University of Texas at Austin as a Michener Fellow in Playwriting and Screenwriting in 2013. At UT she has had numerous productions, most recently a world-premiere of her first opera, produced in The New Works Festival, and entitled Rose Made Man; an opera about Trans identity. Her new play Girls in Cars Underwater was developed at Center Stage in Baltimore, featured in the Ignition Festival at Victory Gardens, Chicago 2016 and was selected for the 2016 Eugene O’Neill Theater Center: National Playwrights Conference. teganmcleod.com

Born in Beirut to Palestinian parents and raised in Chicago, Ismail Khalidi is a playwright, poet and activist, as well as an actor, educator and journalist on occasion. Khalidi holds an MFA from NYU’s Tisch School of the Arts and is the author of the award-winning play Tennis in Nablus. His plays have been produced and read at theaters and universities around the country and abroad, including Atlanta’s Tony Award-winning Alliance Theatre (Tennis in Nablus, 2010). Khalidi’s other plays include Truth Serum Blues, which was commissioned and produced by Pangea World Theater (2005), Final Status, and most recently, Sabra Falling. Khalidi’s writing on politics and culture has appeared in The Nation, Guernica, The Daily Beast, American Theatre Magazine, Remezcla, and The Atlanta Journal Constitution. His poetry and plays have been published by Mizna, where he was recently a writer-in-residence. Khalidi is the co-editor of Inside/Outside: Six Plays from Palestine and the Diaspora (TCG, 2015) and is co-adapting Ghassan Kanafani’s Return to Haifa for the stage. Khalidi currently lives between New York City and Chile. ismailkhalidi.com 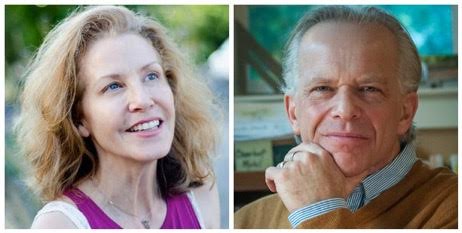 Allison Gregory’s plays have been produced all over the country, and she has received commissions, grants, and development from OSF, South Coast Rep, The Kennedy Center, Indiana Repertory Theatre, the Skirball-Kenis Foundation, ACT Theatre, Seattle Repertory Theatre, Seattle’s Arts and Cultural Affairs, LATC, The New Harmony Project, Northwest Playwright’s Alliance, Amphibian Stage Productions, and Austin Scriptworks. Her work has been the recipient of the Julie Harris Playwriting Award & South Coast Rep’s Playwright’s Award; Garland & Dramalogue Awards; and Seattle Times Best New Play Award, as well as finalists for the O’Neill Playwright’s Conference, Bay Area Playwright’s Festival, and American Blues Blue Ink Award. Her play Not Medea is currently receiving a National New Play Network (NNPN) Rolling World Premieres at B Street Theatre, Contemporary American Theatre Festival, and Perseverance Theatre. At ArtsGarage, the premiere of her play uncertain terms received a Carbonell nomination for best new play. Allison is an alumni of LATC’S Wordsmiths and a former Hedgebrook Women Playwright’s resident. She splits her time between Seattle and Austin, where she is the co-founder of Austin ‘Wrights, an awesome playwright collective. For more plays, including plays for young audience, kindly go to allisongregoryplays.com