Mount Vernon Community Children’s Theatre opened their production of Disney’s The Little Mermaid this weekend, and I had the pleasure of seeing their show with my three young boys. The musical is based on Disney’s movie adaptation of the Hans Christian Anderson tale, with Music by Alan Menken, Lyrics by Howard Ashman and Glenn Slater, and Book by Doug Wright, and includes every one of the beloved songs from the movie, while adding several other entertaining numbers into the mix.

The creative team did a fine job mounting this large production, with Director Nyree Martinez at the helm. Suzanne Parrish designed the set, which included a large bow of a ship. Paul Callahan designed the lighting, Gennifer Difilippo-Williams choreographed, and Amy Conley was in charge of musical direction.

The costumes were especially impressive, designed by Pam Peckar, Laura Marshal, and a team of awesome parents, with wonderful detail and vibrant colors to represent the many different creatures under the sea.

For those unfamiliar with this popular Disney tale, the story follows a mermaid named Ariel. She rebels against her undersea life and fantasizes about living on land, where she imagines that young girls are free to do whatever they want. Against her father, Triton’s, wishes, she falls in love with a human, Prince Eric. Ariel butts heads with her father until she feels desperate enough to take the unexpected assistance of her aunt, Ursula, and exchanges her beautiful voice for a pair of legs and the chance to be united with Prince Eric, who has become obsessed with finding the woman behind the captivating voice he keeps hearing on the sea.

Nicole Jones was Ariel and beautifully sang the well-known “Part of Your World” and “Beyond My Wildest Dreams”, which did not appear in the movie.

At Ariel’s side was her adorable best friend, Flounder (Stuart Conrad), who was a favorite amongst my kids, and her not-too-bright seagull buddy, Scuttle (Viana Schlapp), who hilariously rocked her number, “Positoovity” at the start of Act II.

Doubling as King Triton and Chef Louie was Brevan Collins. While he did a solid job in both roles, it was his song as Chef Louie, singing “Les Poissons” that brought the house down. And Sebastian, who was ironically both King Triton’s advisor and Chef Louie’s victim, was Aidan White. He sang favorites “Kiss the Girl” and the show-stopping “Under the Sea.”

Prince Eric (Pete Peterson) sang the lovely “Her Voice” and was constantly accompanied by his charming, right-hand man, Grimsby, played by Connor Brunson.

Annlouise Conrad was the villainous Ursula. A special shout-out is deserved for whomever was responsible for her stunning costume. Conrad was devious and wicked and I thoroughly enjoyed her number “Poor Unfortunate Souls.” Her sidekicks, Flotsam (Sabrina Sanchez) and Jetsam (Phoebe LaMountain) were equally slimy and evil with their creepy number “Sweet Child.”

Mount Vernon Children’s Theatre has put on a great production that is a wonderful experience for the family and allows young audiences to better connect with the characters being portrayed by their peers. Disney’s The Little Mermaid is a great show and the entire cast was made up of a fantastic group of kids, who clearly have passion and take pride in what they are doing.

Everyone did a wonderful job and my boys were smiling and laughing with me for the entire show. Go out and support these talented kids and help keep the arts alive for generations to come. 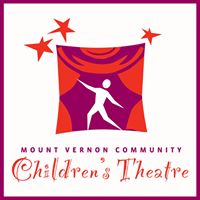 The Little Mermaid plays through November 20th, 2016, at Mount Vernon Community Children’s Theatre performing at Bryant Alternative High School – 2709 Popkins Lane, in Alexandria, VA. For tickets, buy them at the door, or purchase them online.