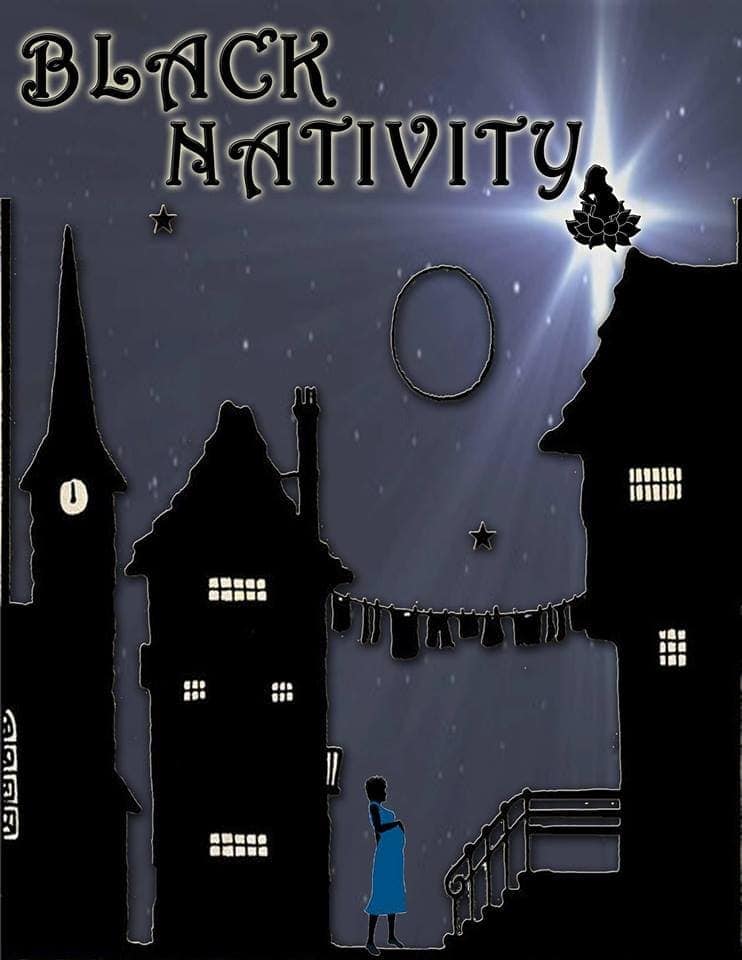 Originally premiering Off-Broadway in 1961, Black Nativity is a retelling of the Nativity story with an entirely African American cast and featuring Christmas carols sung with a gospel twist.

While the second act of this production retains much of the poetry and music from Langston Hughes’ original story, Act I features a new adaptation (by co-directors Kelly Chauncey and Kashi-Tara) that tells the story of a shunned woman about to give birth in the context of current political and social tensions.

The adapted story line draws a beautiful parallel between the story of the Virgin Mary and the challenges faced by black citizens in the early 21st century and ends with an uplifting message of hope.

The theme starts strong out of the gate with the aid of the Arts Barn’s video projector which was used skillfully to flash the names of recent shooting victims and photos of Black Lives Matter protests. Familiar names such as Trayvon Martin, Freddie Gray, Philando Castile flash before our eyes as two singers (Edward Byrd and Jasmine Prather) clad in choir robes sing a moving original song “We Need Change” composed by Byrd himself.

Edward Byrd gave a strong performance as Chinaka, the police officer whose son was killed. His voice rings out in the “Still Running” reprise. Monisha Coleman, as the pregnant woman Zawadi, displays equally impressive vocal skills throughout the show and especially in the song “Still Running,” and she gives a touching monologue near the end of Act I.

Other strong performances were given by Jasmine Prather, who played Issa, Chinaka’s husband. Prather’s singing framed the show, from the opener “We Need Change” to the closer “On Time God,” and several lovely songs in between. My favorite performance was Linae’ Bullock as the cantankerous Aunt Leta. Bullock crafted a character who had great energy and presence and her large voice filled the auditorium in “Living in Vain.”

Some of the new dialogue could use some polishing and the story line meandered a bit near the end of Act I but in general, I found the story to be simultaneously entertaining and thought-provoking.

Act II featured gospel renditions of many well-known traditional songs such as “Go Tell It On the Mountain” and “Little Drummer Boy” which were beautifully harmonized by the ensemble cast. The show ended with an uplifting dance (choreographed by Kelly Chauncey and Kashi-Tara). Joshua Sommerville (musical and vocal director) skillfully accompanied the entire show on piano. Karen Rawlins, President and CEO of The Finest! Performance Foundation, Inc. provided costume and lighting design.

I recommend ANKH Repertory Theater’s production of Black Nativity for anyone with an interest in Langston Hughes and people who enjoy art that inspires thoughtful reflections on social issues.

Running Time: Two hours and 15 minutes, including one 15-minute intermission. 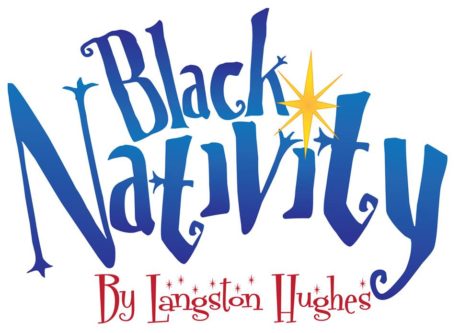 Black Nativity plays weekends through December 18, 2016, at ANKH Repertory Theatre and The Finest! Performance Foundation performing at The Gaithersburg Arts Barn – 311 Kent Square Road, in Gaithersburg, MD. For tickets, call the box office at (301) 258-6394, or purchase them online.