It was a family affair last night at The Kennedy Center’s Family Theater for the annual NPR’s A Jazz Piano Christmas. With performances by first a father and daughter team, Bethany and Willie Pickens; and later by a husband and wife team, Bill Charlap and Renee Rosnes; Christmas felt very much present in the room.

The evening started with host Félix Contreras, of NPR fame, who welcomed the crowd. Since this show –or elements of it—will be aired later on in the radio station, there were a few moments that were polished enough to be aired and some off the cuff moments that created a relaxed environment.

The night kicked off with performances by Willie and Bethany Pickens. Tuxedo-clad Willie, now in his 80s is a force to be reckoned with, making that piano stretch with chords that were complex and delightfully arranged. Bethany was not far behind; you can tell that there is a lot of shorthand between the two, as they were a unit that vibed so well together it was a pleasure to see them go at it together.

Bethany and Willie opened their performance with “Little Drummer Boy,” with a marvelous jazz rendition that was experimental and daring enough to keep you guessing, yet the familiar tune rose to the top once you paid attention. There were also a couple of solos by each of the pianists; a stand out of the night was a solo by Willie. He took to the piano in one of the most creative rendition of “O Come, O Come Emmanuel” that made the piano sound like a dulcimer in some parts.

Bethany was glad to be playing in DC during this administration. The father and daughter team hail from Chicago and their style of playing jazz was so creative that it certainly included a signature sound that was all their own. When their set was done, Félix was back and asked them if being family informed the music, or if music informed the familial relationship. Willie explained that after many years of being together, Bethany understands his style of playing in a deep way and can see where he is headed with each note. Communication between the two is beyond words sometimes.

After this set, it was time for husband and wife Bill Charlap and Renee Rosnes. Félix asked the couple the same question, how does music inform the relationship, which comes first the closeness through music or is the music enhanced by the intimacy you achieve through marriage. Renee explained that they have a beautiful marriage and it is reflected in how they perform together. When Félix tossed the question back to Bill, he just said “it’s all in one.” Indeed, a man of few words but a deep talent. The duo kicked off their performance with “Sleigh Ride,” a magical rendition of the classical. The set by Bill and Renee delivered a pure performance, closer to the original songs.

During the second half of the night, for “Christmas Time is Here,” Bill and Renee performed a beautiful rendition of the classic composed by Lee Mendelson and Vince Guaraldi. Bill said that every time he plays the song he can hear the children’s voices from the beloved Charles M. Schulz’s Peanuts characters. Later on Renee took to a piano solo and performed a medley of Christmas songs; while Bill’s solo featured “Have Yourself a Merry Little Christmas.”

The Christmas-filled night along with the family affair theme brought a thoroughly enjoyable night that certainly put me in the holiday spirit. The Kennedy Center’s Family Theater was the perfect intimate setting that felt cozy enough for this show and delivered a high quality sound.

Running time:75 minutes, with no intermission. 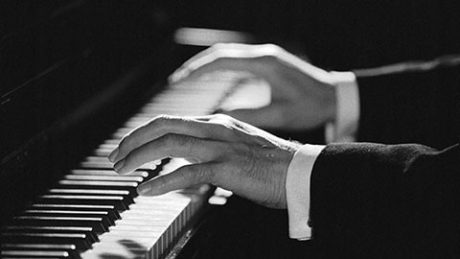