Legally Blonde The Musical JR, based on the 2001 hit film starring Reese Witherspoon about a sorority girl who goes to Harvard Law in order to get her boyfriend back, and the 2007 Broadway production with music and lyrics by Nell Benjamin and Laurence O’Keefe, brings one full hour of joyous song, dance, fun, and pink (lots and lots of pink) to the Randolph Road Theatre.

Musical Director  Barry Hamilton and Assistant Musical Director Dan Binstock ensured the production kept the sound of the Broadway version. From the moment the cast sang “Omigod You Guys”, I knew I was in for a tremendous performance. Legally Blonde The Musical JR skips some of the more low key songs from the original production and highlights the showstoppers such as “Serious”, “Chip on My Shoulder”, “So Much Better”, “Ireland”, “Whipped Into Shape” and “Legally Blonde” while still showcasing the main story and maintaining the comical and ditzy tone.

Executive Producer Laurie Levy Issembert from BRAVO Productions: Theater for Young Artists brought together twenty-five talented students from grades 5 until 8 to star in the show. With the leads rotating for the shows, each student had their moment to shine and shine they did!

The lighting perfectly illuminated the two tier hot pink stage as designed by Costume Designer and Design Consultant Cody Gilliam. From the girly glitter cushions to the pink walls, the perfect stage looked as if Elle Woods designed it herself. Gilliam made dressing the large cast for each scene look too easy, and the young cast kept up by effortlessly nailing each scene where many costume changes where required. Co-Directors Valerie Issembert and Laurie Newton used the stage’s full potential to have the ensemble energetically dance number after number.

What a great time to pass the afternoon seeing this bunch of talented kids bowing to a full theater at such a young age! We can only imagine what great things lay ahead for them! Omigod You Guys! 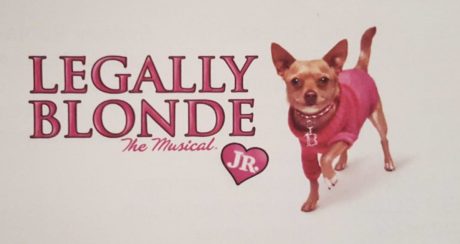