Laurel Mill Playhouse offers up an ideal evening of theatre in Loves and Hours by Stephen Metcalfe and directed by Daniel Douek. This intriguing play looks at love and aging through the perspective of the central character Dan Tilney (Alan Barnett), a newly divorced empty nester, and a man now totally at a loss as to what to do with the rest of his life. His friends know. Dan needs a girl. But will it be Charlotte (Heather Warren), beautiful, bursting with life and twenty years his junior? Or will it be Julia (Sam David); his lifelong friend and confidant. And what about his teenage son Dan Jr. (Gage Warren) who is having an affair with a neighbor Sarah Houghton (Terri Laurino)? And his ex-wife Linda (Penni Barnett) who has announced she’s gay? What about his best friend, Harold (R. Brett Rohrer), who is going through a mid-life crisis and his daughter, Rebecca (Taylor Duvall), who is seemingly furious with everything and everyone. In this gentle comedy, life and love are complicated for young and not so young alike. 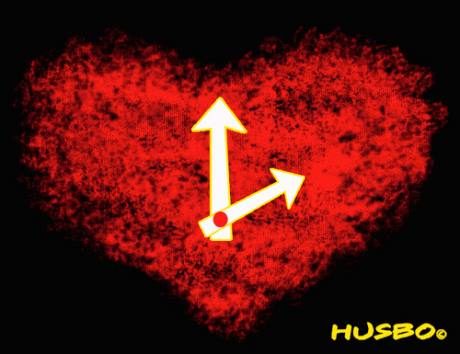 What I found so interesting and compelling about this play was how the playwright Stephen Metcalfe moved us through the story like watching a good film. This is totally due to the fact the he is also quite an accomplished screenwriter with the film Pretty Woman to his credit. Director Daniel Douek did a phenomenal job moving us through over 20 scene changes seamlessly. It was evident that each of his actors did a lot of soul searching to find that perfect balance throughout the play. At intermission, I was so drawn into their lives that I looked forward to what was to come.

The set design also by Daniel Douek was a simple black box design with black wooden boxes used for sofas, tables, desks, etc. It was inspired with all the scene changes happening so quickly. The simplicity was just the right touch since the storyline and characters were so rich. The only color in the actual set was red trim and a red door. In my mind, this symbolized the passion displayed by the events and the characters in the play. It was in one word brilliantly done.

Daniel Douek put his magic touch to the sound design as well. Sound effects were timely and well done as was the timing of the lighting changes. Light design was by both Daniel Douek and Michael Hartsfield.

The actor’s contemporary costumes added the perfect touch to the design of the show, lots of black and red with pops of color. Costume Design was by Marge McGugan, Maureen Rogers and cast and crew members.

Alan Barnett (Dan Tilney) played his character with charm and affability. He moved the audience through his story with ease and grace. His character was likeable, but complicated at the same time.

Dan Tilney’s grown children played by Taylor Duvall (Rebecca Tilney) and Gage Warren (Dan Tilney Jr.) did a delightful job as they navigated through their complicated life and their parents’ complicated divorce.

The three women in Dan Tilney’s life were charmingly played by Penni Barnett (Linda), Heather Warren (Charlotte) and Sam David (Julia). They all brought a sense of realism and likability to their characters, while giving the audience something new and different to chew on.
Next door neighbors to Dan, Tom Houghton played by John Dignam and Sarah Houghton played by Terri Laurino portrayed a couple with a troubled marriage. Both Ms. Laurino and Mr. Dignam gave us stunningly real performances. Bravo to both these fine actors.

Standout performance goes to R. Brett Rohrer for his portrayal of Dan’s best friend and confidant Harold Schwabb. His palpable energy was contagious.

Juliet Beach (Andrea/Sandra) did a wonderful job as the ditsy new young bride to middle-aged Harold Schwabb. Also, Julie Rogers (Anne) wowed the audience with her shy and unwilling setup date for Dan. Her expressions were priceless as she navigated her way through an uncomfortable evening.

Rounding out this outstanding cast playing several roles were David McCrary as Maitre’d/Minister and Jen Sizer as Altar Boy/Waitress/Dog.

All I can say is that you need to come out and spend a couple of hours at Laurel Mill Playhouse seeing this wonderful Hours and Loves. I guarantee you will love it.