With a program packed with masterpieces from Russian and French composers, Sir Mark Elder conducted the National Symphony Orchestra. Sir Mark Elder opened the night sharing some words on the program to provide contextual information for the audience. The conductor said that the pieces we were about to hear had a lot of natural elements that mirrored the sounds of birds, and indeed the National Symphony Orchestra delivered a strong performance that included some beautiful elements mostly featuring wind instruments.

The Opening of the program was off with a wonderful rendition of Rimsky-Korsakov’s Legend of the Invisible City Suite, the concert showcased a broad range for the orchestral group. The Russian composer includes lots of natural elements in here that when performed by the National Symphony Orchestra, became alive, with buoyant sounds that almost make you feel like you are in the middle of a blooming garden in Spring, the suite was a short piece that started the concert in a lighter tone. With a lighter atmosphere in place, the symphony made a short and quick change up of the stage, introducing a piano in the center of it.

The second part of the program featured the wonderfully talented Jeremy Denk, who showed up on stage all dressed in black with a self-effacing attitude that would almost make you second guess the caliber of his performance. Denk played Ravel’s “Left Hand” Concerto, which as the title indicates, was played with his left hand. It was a masterful exposition of his playing abilities and the highlight of the night. With a dramatic performance, backed   by the orchestra, the piece was a wonderful aural treat. The piece stands out for its level of difficulty, yet Denk made it look and sound like it came with ease. The dramatic undertones carried out by the orchestra and Denk’s piano soared through the Kennedy Center’s Concert Hall in a way that elicited a standing ovation, right before the intermission.

Finally, the program closed with another dramatic piece, The Firebird, composed by Igor Stravinsky. The piece stood out for its originality, with again sounds that captured nature, this was a stronger piece and not as serene as the opening suite. Nonetheless, The Firebird evokes bucolic elements, while providing the ups and downs of a fairy-tale with sequences that elicit the sentimentality of love or a wedding, bookended by fast-paced sequences that make you think of the struggle of being torn apart by physical separation, or even death.

In The Firebird, we saw the National Symphony Orchestra in great shape, with a startling performance that made great use of wind instruments. To make the sound even bigger, members of the wind section were stationed at the top of the stage one in the center, and two in each of the corners of the stage of the concert hall, coming out at specific times, making the sound as big as the space itself. With a dramatic finale, the entire orchestra became alive with a sound so big that could bring the images of a bird taking over, a vivid portrayal of the strength and beauty in nature.

After the last piece in the program, a packed audience stood up in a standing ovation that sounded so loud it tried to give back as much as it received. It was a delightful program, one that makes me want to continue to go back to the National Symphony Orchestra, an institution of the American musical landscape.

Running Time: One hour and 45 minutes. 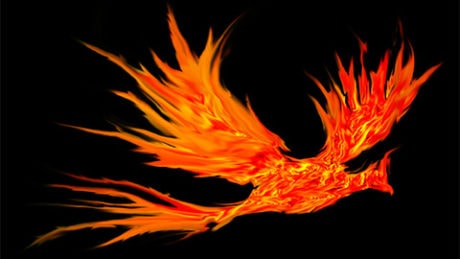