We in DC theater community are constantly on the prowl for new voices with diverse mindsets and new plays on emerging issues to be open to the upcoming generation of possible theater-goers. Whether for an established main-stream theater venue or those with a more niche following, to continue to deliver only the tried-and-true box office known title will be our death wish. Or so I think. 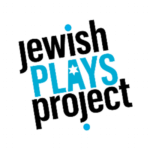 There are many on-going ways to bring new playwrights and plays to the attention of theater leadership and current regular theater patrons as well as the possible up-coming generation of Millennial generation theater-goers.

One such effort to locate and assist the emerging and new is the Jewish Plays Project (JPP).

The JPP aims to be not merely a comfortable niche program for Jewish audiences, but to be challenging. It also has a goal to reach the mainstream of American theater in the ever changing American demographic.

The JPP seeks out new plays that are “contemporary and vital” with a broad view of what Jewish is. “We are interested in plays that are about more than just Jewish people.” said David Winitsky, JPP founder and artistic director.  The JPP aims to develop and put “bold, progressive Jewish conversations on world stages.”

Last year’s national JPP winner, RedderBlood  was written by local playwright Helen Pafumi.  Pafumi is the artistic director for the The Hub Theatre.

As noted on its web presence, “what is unique about the JPP is that it “invests emerging artists in their Jewish identity; engages Jewish communities in the vetting, selecting and championing of new voices; and secures mainstream production opportunities for the best new plays.”

Each year hundreds of new plays are submitted to the JPP.

From the initial submissions, 10 plays are then judged at local venues prior to selection of a national winner. The Jewish Community Center of Northern Virginia’s recently hosted the initial screening of the 10 new Jewish Plays for 2017. A panel of local artists and long-time theater-goers read and discussed the 10 plays. From the initial 10, three were selected for next steps in the national playwriting contest.

In the DC Metro area, the next step is on Sunday, February 26th at 2 PM at the Northern Virginia Jewish Community Center when the three selections will each have a 20 minute scene reading. Audience members will have the opportunity to discuss the plays and then cast ballots for the best new Jewish play of 2017.vote.

The three plays and playwrights are:

A woman uses the play she is in to work through her issues with her deceased father… by way of remembering her greatest triumph as a woman breaking into advertising in the 1970’s.

Orthodox 17 year old girl in Williamsburg, Brooklyn questions her life and pushes beyond the boundaries of it.

A mother and her surrogate daughter (once the love interest of the woman’s son) walk through memories of their musically inclined childhood to deal with the grief of the son’s passing while serving as military police in Israel.

At this time local professional actors such as: Josh Adams, Emily Adler, Celeste Jones, Liz Mamana, and Sasha Olnick will be participating director.

David Siegel: Why does the JCCNV participate in the JPP?

Sarah Berry: Our entire community embraced the Jewish Plays Project in 2016. We are gladly participating again, knowing that the energy and excitement of hosting the JPP Playwriting Contest brings with it the potential for excellent theater in the future. In 2016, we were elated to celebrate with Helen Pafumi when her Redder Blood, which we co-produced with The Hub Theatre, won nationally. This winter we hosted a professional reading of TREIF by Lindsay Joelle, our 2016 runner-up. With only good experiences and memorable programming from our participation with JPP last year, participating again was an easy decision to make.

What would you like patrons to take away from attending the “Top Three Play” event?

The three plays, which tackle contemporary issues in Jewish identity, would illicit a response even without the voting process. But Northern Virginia Jewish Playwriting Contest patrons will walk away knowing they were part of more than a memorable, but passive, theater experience. Everyone, regardless of their previous experience in theater or as an audience member, will leave knowing they were part of the process of voting for the best Jewish play of 2017.

What can the audience expect at the upcoming JPP “Top Three Play” event?

David Winitsky: The event will be fun, engaging, unexpected, lively, and full of things that will get you talking! During the evening we will- present the data on the state of new Jewish plays around the country (and the world) and present script-in-hand readings of 20 minutes each from 3 amazing new plays.

Those attending the JCCNV readings will then use their cell phones to vote on a winner to become a part of a vibrant national conversation about the future of Jewish theatrical arts.

What would you like patrons to take away from attending the Top Three Play Event?

I’m hoping that this year’s audience comes away inspired by the breadth of contemporary Jewish drama, that they come away as a fan of a new play or two, and that they come away knowing they are part of a vibrant arts community at the JCC of Northern Virginia.

Note: In the Moment: World Premiere Stage Reading of ‘Redder Blood‘ at JCCNY.