Michael Kahn will retire as Artistic Director of the Shakespeare Theatre Company (STC) in July 2019. A national search for Mr. Kahn’s successor will begin in 2017. His successor will be announced in July 2018 and will work closely with Michael to plan the 2019/20 season.

Kahn joined STC in 1986 with his inaugural production of Romeo and Juliet, which played to sold-out houses and earned Kahn a Helen Hayes Award nomination for best director. Throughout his 30 year tenure he has been integral in the theatre’s growth and development, steering it into national prominence and positioning it as one of the nation’s leading classical theatres.

Kahn has devoted his time at STC to expanding Washington’s performing arts scene and remains committed to delivering first-rate accessible theatre to the city’s diverse community. In March 1992, after an association of 21 years, Kahn moved the theatre from the Folger Shakespeare Library to the new 451-seat theatre in the Lansburgh building in Penn Quarter. In October 2007, the Shakespeare Theatre Company entered a new era with the opening of the 774-seat Sidney Harman Hall and the creation of the Harman Center for the Arts. Comprising the existing Lansburgh Theatre and the new Sidney Harman Hall, Kahn was able to realize his vision for a 21st-century theatre which was reinforced when, in 2012 the company received the Regional Theatre Tony Award®.

From the day I arrived in Washington, I have been determined to make this city a destination for lovers of theatre and performing arts. I wanted to make STC accessible to all and introduce new audiences to classic theatre. Thanks to the work of many great artists and collaborators, I believe I’ve achieved these goals. After three fruitful and challenging decades I feel it’s time to step down and let a new energy and creative talent take the Shakespeare Theatre Company into the next era.

Continuing his commitment to the community, in 1991 Kahn created the annual Free For All, which has since brought free Shakespeare Theatre Company productions to more than 679,000 people. In 2012, he reaffirmed his commitment to young people by launching District Shakespeare, an initiative that provides every public high school student in D.C. with a ticket to each STC production, thus providing them with the opportunity to experience the timeless themes and language of Shakespeare in live performance. When the Text Alive! program launched in 1990, the company went into the classrooms and introduced a new generation to live theatre, by inviting students onto the Shakespeare Theatre Company’s stage to present their own perspective on Shakespeare’s most familiar texts.

Kahn’s ability to adapt classic works is legendary in the theatre community. In 2003, the Company performed his production of The Oedipus Plays at the Athens Festival in Greece, where it received standing ovations and critical acclaim. In summer of 2006, the Company took Kahn’s production of Love’s Labor’s Lost to the Royal Shakespeare Company’s “Complete Works Festival” in Stratford-upon-Avon. In May 2016 the Free For All 25th Anniversary production of A Midsummer Night’s Dream directed by Ethan McSweeny, travelled to Macao, China, to perform Shakespeare’s iconic comedy at the 27th annual celebration of the Macao Arts Festival (MAF). From the beginning Kahn has placed the Company at the forefront of a national movement toward non-traditional casting with its Actors of Color Workshop, and its own casting practices.

In addition to leading Shakespeare Theatre Company, Kahn is also the founder of the Academy for Classical Acting at The George Washington University, which has helped develop and disseminate a uniquely American style of classical acting, bearing Kahn’s imprint. He is the former Richard Rodgers Director of the Drama Division at Juilliard, and still teaches at the school.

During his tenure Kahn has been recognized for his outstanding commitment to the arts. In 2013 he was honored by Her Majesty Queen Elizabeth II for his services to the arts and awarded a CBE (Commander of the British Empire). In the same year he was inducted into the Theater Hall of Fame, which honors Lifetime Achievement in American Theater, and recognized Kahn’s more than 25 years as the visionary leader of Shakespeare Theatre Company, his work as director of eight Broadway shows, and his tenure at The Juilliard School.

Michael is an extraordinary talent and we are profoundly grateful to him for his passion, leadership and dedication. Over three decades, he has built STC into an internationally acclaimed home for classic theatre and has cultivated a wonderful community of artists, patrons and supporters. Shakespeare Theatre Company would not exist without his vision and artistry. We’re excited to have enough time to find his successor, but also plenty of time for us to celebrate his achievements and legacy. 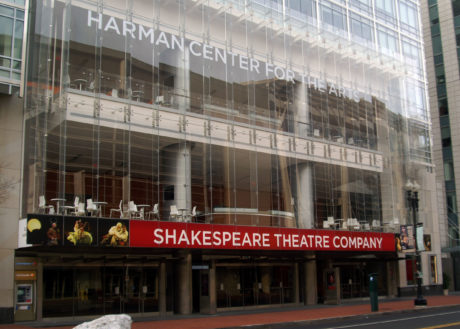 ABOUT THE SHAKESPEARE THEATRE COMPANY

Under the leadership of Artistic Director Michael Kahn and Executive Director Chris Jennings, STC’s innovative productions inspire dialogue that connects classic works to the modern human experience. The Company focuses on works with profound themes, complex characters, and poetic language written by Shakespeare, his contemporaries, and the playwrights he influenced in order to preserve and promote classic theatre—ambitious, enduring plays with universal themes—for all audiences.

A leader in arts education, STC has a stable of initiatives that teach and excite learners of all ages, from school programs and adult acting classes to accessible community programming like play-relevant discussion series and the Free For All. For the past 26 years the Free For All program has offered an annual remount of a popular production completely free of charge to all audience members.

Located in downtown Washington, D.C., STC performs in two theatres, the 451-seat Lansburgh Theatre and the 774-seat Sidney Harman Hall. In addition to STC productions appearing year-round, these spaces also accommodate presentations from outstanding local performing arts groups and nationally renowned organizations. The Company has been a fixture in the vibrant Penn Quarter neighborhood since 1992.

This press release is by Amy Hughes. 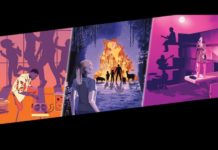