Howard County is about to enjoy the debuts of no less than two original musicals in the coming weeks. First up this week is The Hot New Deal at Glenelg Country School’s Mulitz Theater, this Wednesday, February 22nd through Saturday, February 25, 2017.

This is a remarkable effort on the part of Glenelg performing Arts Chair Carole Graham Lehan, a nostalgic celebration of the “greatest generation” through their big band music and culture. It was inspired by the real-life romance of the couple that would become her parents, so expect lots of love, lots of sentiment, and mainly lots of music. 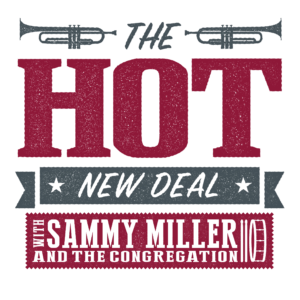 The evening program was created in partnership with musicians Sammy Miller and The Congregation, who will perform live. Set back in the summer of 1933, when President Franklin Roosevelt was tackling the problem of the Great Depression with a program dubbed “The New Deal,” the play focuses on some would-be musicians who are forced to sell their instruments. Not to be cut off from the music they love, they sing their parts in order to lift the spirits of the town.

“A stranger from New Orleans helps them bring their traditional sound up-to-date with a jazz twist,” says Lehan. “He teaches them about jazz along the way.”

The Hot New Deal will be performed live by a cast of performing arts students and guest band Sammy Miller and the Congregation. 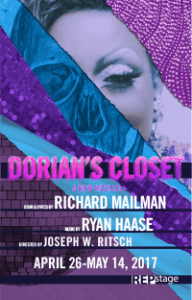 Also coming, beginning April 26, 2017, at Rep Stage, is a new musical titled Dorian’s Closet. This surprising look at the life and hidden legacy of a fabulous cabaret performer features all new music by Maryland musician Ryan Haase, with book and lyrics by Richard Mailman.

The Hot New Deal plays February 22-26, 2017, at Glenelg Country School’s Mulitz Theater – 12793 Folly Quarter Road, in Ellicott City, MD. For tickets, buy them at the door, or purchase them online.