I recently had the privilege to interview the music legend, Dionne Warwick. The occasion for the interview is to celebrate Ms. Warwick’s illustrious career, ask some related questions, and to highlight Ms. Warwick’s upcoming performances at the Bethesda Blues & Jazz Supper Club.

David: It is an honor to speak with you.  I have been a longtime fan of yours and you are one of my idols. As a young teenager I would save my money and buy your LPs. I loved your songs like “Theme from the Valley of the Doll”, “Alfie,” “Heartbreaker,” and “Déjà vu.”

Dionne: Thank you very much.

I consider you a music legend for three reasons:

(1) Your vocal style is unlike anyone else. It is utterly distinctive in the way Barbra Streisand and Johnny Mathis are distinctive.

(2) You have mass appeal as shown over many illustrious artistic phases and as signified by your many Grammy Awards and commercial success.

How did you develop this wonderfully distinctive delivery and phrasing?

The apple doesn’t fall far from the tree. The members of my family are the people who have all had these talents as well.

Are you looking forward to your performances at the Bethesda Blues & Jazz Supper Club and what songs will you be performing?

I am looking forward to the performances. I’ve heard alot of good things. I guess I’ll be doing “Dionne”—that is as simple as I can put it. I’ll be doing some songs that I’ve been doing all along as well as some new ones.

Even though I have said that your vocal style is very unique and distinctive, are there any young vocal talents that remind you of yourself?

No, the artists of today are so removed from what we used to do. There are too many special effects – smoke rising, flags dropping, and so forth.

Are there any secrets that you wish to share about your long musical and artistic longevity?

It always has to do with the songs and remaining true to what and who I am and being me.

I am sure you get this question often – who are your favorite musical influences?

Once again, I would have to say my family. We were all involved with different musical genres. We would listen to Pavarotti, Dinah Washington, and, of course, my cousin Leontyne Price.

What do you look for in a song that you choose to record?

I usually have control over what I record. I look for a wonderful lyric and a wonderful melody.

I have always loved your rendition of the song “Alfie” as there is such a deep edge to the song. I have heard many covers of this song but none measures up to yours, in my opinion. Were you the first to record it?

Actually, I was the 47th  person to record “Alfie” as it was originally intended to be an album filler. It turned out to be a big hit when I recorded it.

Thanks for educating me as I never knew this. There was a Cole Porter album that you put out that I thought was masterful. You approached each song with such elegance and understanding. I would listen to this album each night while stationed in Antarctica for two months.

Thank you very much. I consider Cole Porter to be a master.

Can you help me jog my memory? You produced an album that was recorded as Live from the Olympia in Paris? I recall loving that several of the songs were in French – I listened to it unceasingly.

I did indeed record that —-thank you very much for your compliment.

I am sure it will be an exciting two upcoming performances for you at the Bethesda Blues & Jazz Supper Club on the occasion of their Fourth Anniversary. Thank you very much for taking the time to speak with me. This has been a great honor.

I am looking forward to this experience. Thank you very much. 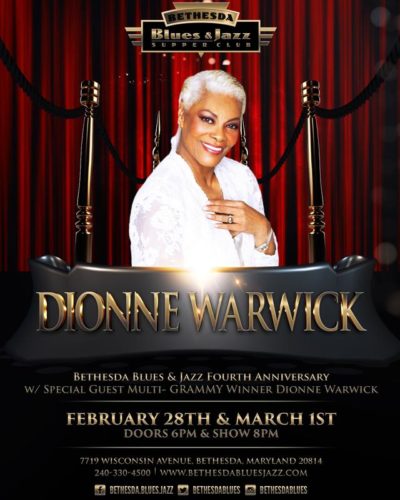