This is what theater is all about and it was my dream when I started DCMetroTheaterArts 5 years ago-to see a venue filled with parents and kids laughing and clapping and having a great time together. And maybe these kids will ask their parents to take to the theater or a concert again and again. Fingers crossed.

And that’s what I saw last Saturday when I arrived at First Congregational UCC – and what a blast we all had with this hilarious new concert version of this beloved tale of Cinderella, her not-so-nice stepmother and stepsisters, he Fairy Godmother, and the charming prince. But here, Luke Frazier and the amazing American Pops Orchestra and four great performers: Austin Colby, MaryJoanna Grisso, Hillary Morrow, and Dale Sampson provided the dozens of laughs and sheer joy! And the magnificent playing of these classics was so enjoyable.

Written by Taylor Ferrera and Matthew Webster, and directed with much love by Nathan Brewer, the concert incorporated songs by Cole Porter, George Gershwin, and Irving Berlin, and what a smart way to introduce these timeless songs from The Great American Songbook to this young generation!

By taking timeless songs by Cole Porter, Irving Berlin, and George Gershwin to Cinderella, and refashioning them for family audiences, this beloved story you thought you knew already is given a new perspective. We’re so excited to introduce this show, and its talented young cast, to DC  audiences.

Her are my highlights:

–Dale Sampson’s outrageous Fairy Godmother dress and hilarious singing of “I Put A Spell On You.”

–Hillary Morrow and Dale Sampson performing an off-the-wall version of “Isn’t It Romantic?”

–The American Pops Orchestra playing “Shall We Dance.” It was a royal treat.

What was so smart was to get the kids involved all through the ‘story’ by holding up signs that shouted: “Boo!”, “Aww!”, “Applause”, and others. And the kids learned what a ‘prologue’ and ‘epilogue’ were.

And I hope this wonderful show/concert will travel all around the globe. I would see it over and over again. It’s one of the most enjoyable experiences I have ever had. 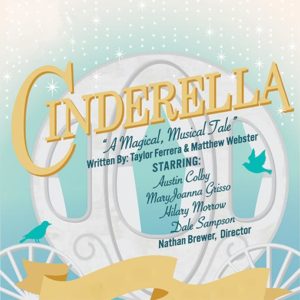 Cinderella was performed by The American Pops Orchestra on March 11, 2017, at First Congressional UCC – 945 G Street, NW, in Washington, DC. For information and to purchase tickets to their April 7, 2017, concert: You Spin Me Round: An 80’s Dance Party at Lisner Auditorium – 730 21st Street, in Washington, DC, go to their website.