Despite affecting nearly one in every five Americans, including ‘70s soul singer and songwriter Donny Hathaway (perhaps, best remembered for his chart-topping collaborations with Roberta Flack), mental illness still remains stigmatized in many communities. Center Stage, in association with Congo Square Theatre Company, stalwartly sheds light on the taboo subject while exploring Hathaway’s troubled life and musical legacy in the Baltimore premiere of Twisted Melodies. 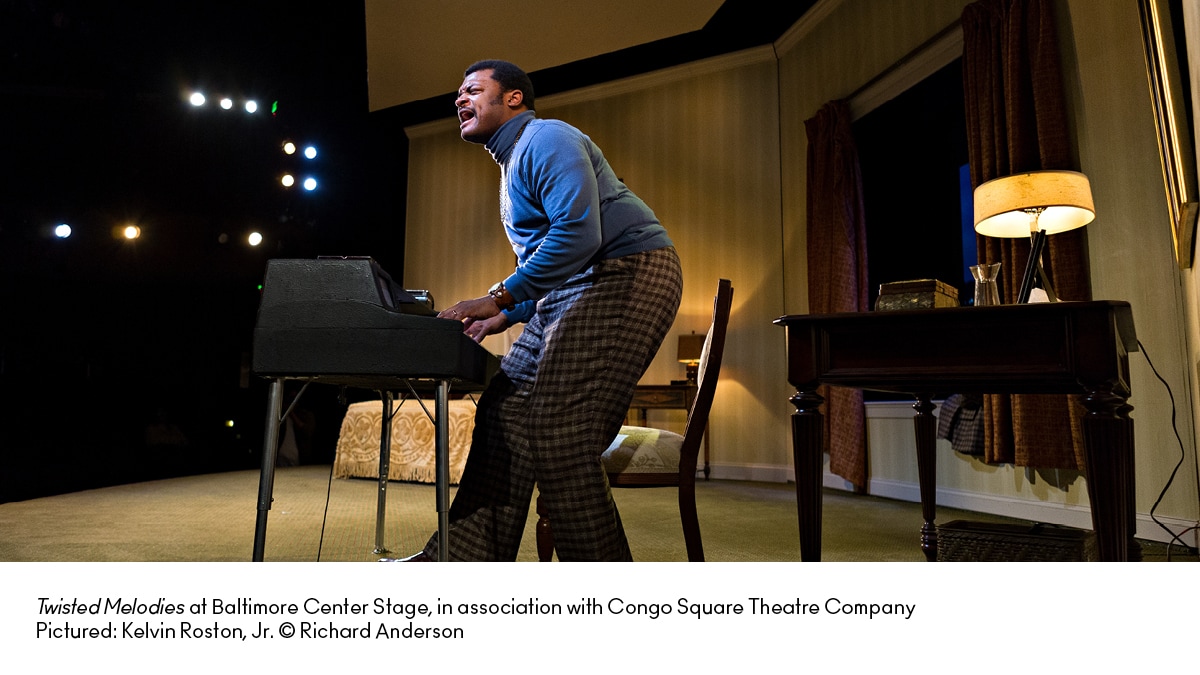 “This play first got on my radar during its run at Chicago’s Congo Square Theatre, where Kelvin is an Artistic Associate,” said Baltimore Center Stage Artistic Director Kwame Kwei-Armah. “When we brought Kelvin to Baltimore and he ran through the show for us in the bare rehearsal space, he lit up the room. In this piece, Kelvin channels Donny Hathaway in a most honest and epic portrayal of a man whose story – let alone mind – eludes us all.  People familiar with Donny Hathaway and his impact on American music understand the importance of getting this right.” 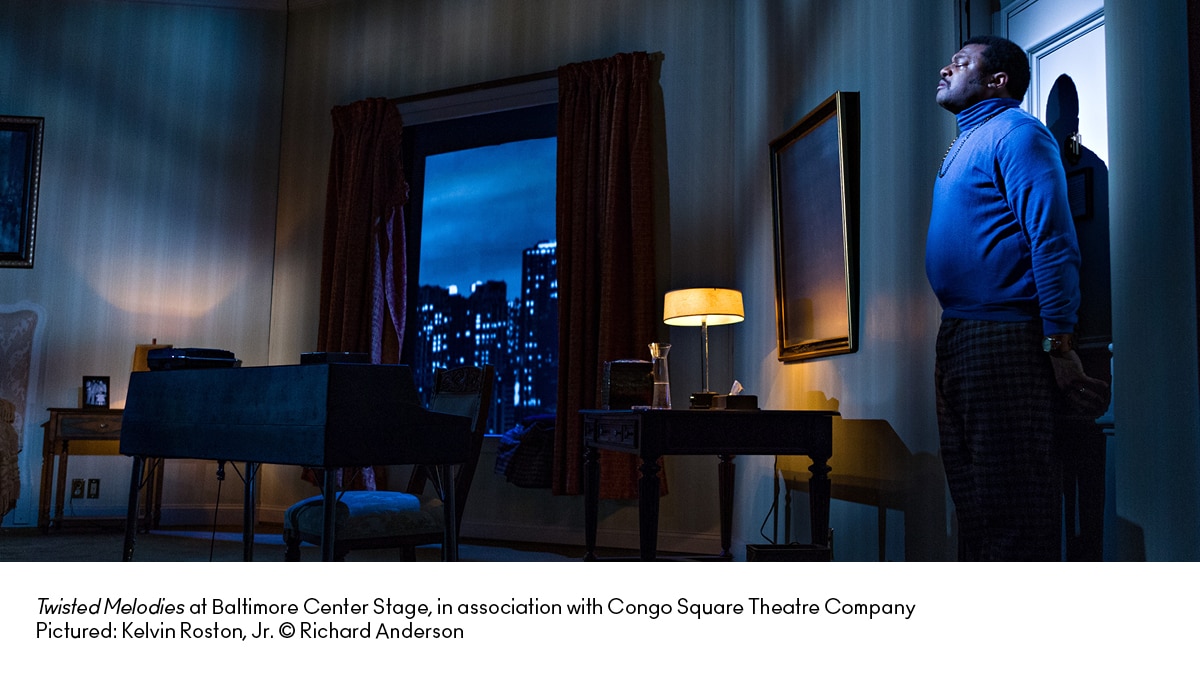 Set in a modest room in the Essex Hotel (sagely designed by Courtney O’Neill), the show takes place on the day of Hathaway’s death (January 13, 1979), during which he abandoned a recording session, because he was convinced there was a machine inside his brain that was monitoring his thoughts in order to steal his music. Plagued by the belief that he was being spied on by some malicious force, Roston absorbingly draws the audience in with his persuasive portrayal of Hathaway’s sporadic state of panic and inner torture sparred by terrifying visions and unexplained voices (excellently effectuated by Lighting Designer Alan C. Edwards, Projection Designer Mike Tutaj and Sound Designer Christopher M. LaPorte).

Roston’s compelling performance as Hathaway was especially heightened whenever he played the piano and sang crowd-pleasing songs like “The Ghetto-Part 1,” “I Love You More Than You’ll Ever Know” and “Giving Up”, rallying the audience to sing and/or clap along with him. At times, it felt like a concert complete with colorful re-enactments of Hathaway’s best memories, including those of his no-nonsense grandmother and his head-turning wife. 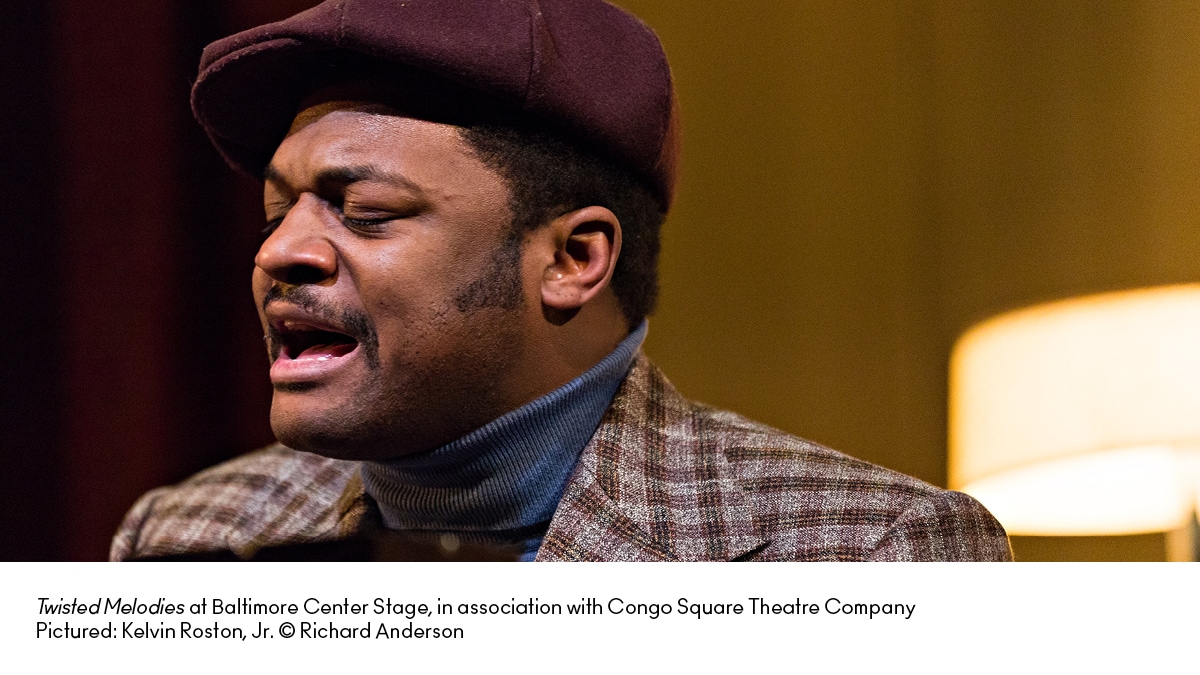 Emotionally gripping and viscerally insightful, Twisted Melodies is a fascinating biographical masterpiece that sparks awareness, fosters dialogue and encourages enhanced understanding of those who may be battling mental illness.