The Rainbow Theatre Project premiered a new work, Historias, on Monday night, a show crafted from the experiences of its remarkably talented cast members. Director Tony Koehler led his actors – Skye Ellis, Josue Lemus, Jhonny Maldonado, Ariela Sirota and Marlowe Vilchez – on a journey of discovery and revelation to create the work, and in so doing found an emotional depth to the myriad personal and political themes. A Chorus Line and The Laramie Project are among the most notable shows that evolved from the actors’ experiences, so it’s a methodology both demanding and rewarding.

Through a series of vignettes, the play tackles life’s big issues: identity and relationships in the vortex of ethnicity, nationality, color, gender, and sexuality. The stories (‘historias’) of these Latinx young adults, learning about themselves and trying to make their way in the world, illustrate so many interpersonal minefields, both cross-cultural and intra-family, that mess with their hearts and minds. White privilege, male privilege, straight privilege yield a flood of toxic stereotypes from outright bigotry to micro-aggressions. Within group prejudices are another hurdle: not Latino enough, not masculine enough. 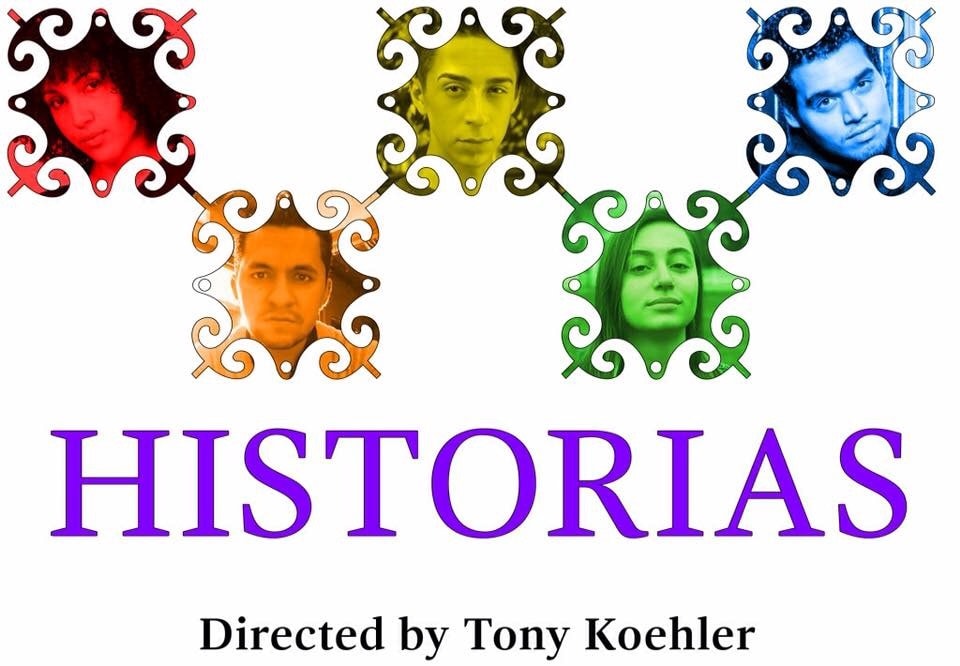 Not surprisingly for young adults, love looms large in the play, mostly unrequited, one-sided and/or exploitive. Skye Ellis, Jhonny Maldonado, and Marlowe Vilchez have a raucous scene where the guys’ romantic moment is interrupted by the girlfriend at the front door wanting some answers why her voicemail messages and texts are being ignored. Here it’s simply a case of a bisexual, equal-opportunity cad preying on the vulnerability of others, illustrating that – class and privilege notwithstanding – in any relationship, the person who cares least has all the power.

Clearly, the rehearsal process forged the actors into a terrific ensemble. A bare stage, simple props, a spotlight or two were plenty to showcase some powerhouse performances mixing heartfelt drama, dashes of humor and thought-provoking ideas that will stay with the audience long past the end of the evening.