Did you ever wonder what happens when “a duck walks into a bar”? Anthony Caporale (performer, playwright, and Director of Beverage Studies at New York’s Institute of Culinary Education) will tell you, and a whole lot more, in The Imbible: A Spirited History of Drinking. Presented by Broadway Theatre Studio at New World Stages, and staged in the venue’s actual cocktail lounge The Green Room, the intoxicating musical comedy, co-produced, directed, and choreographed by Nicole DiMattei, is filled with fun facts, a capella songs, lots of laughs, and three complimentary thematically-related drinks. And then lots more laughs.

Starring as The Bartender, the wildly entertaining and affable Caporale (who wrote the show’s book and new lyrics for its selection of familiar tunes) leads us on a 10,000-year international journey through the discovery, development, socio-cultural history, etymology, and science of alcoholic beverages. Equal parts smart and silly, the delectable concoction is served up in the format of a classroom (or, more accurately, a bar room) lecture, illustrated with digital images, live brewing and distillation experiments, audience interactions and quizzes, zany costumed enactments, and spot-on musical stylings by Caporale and The Backwaiters – The Bartender’s rotating ensemble of Cocktail Waitress, Liquor Runner, and  Bar Back, played respectively, on the evening I attended, by the effervescent Alessandra Migliaccio, Ruthellen Cheney, and Luke Schaffer.

From the drunkenness of Noah to the repeal of Prohibition, Caporale informs and charms with his comfortable direct-address style, formidable expertise, and inventive storytelling through words, imagery, and song. Among the fascinating facts you’ll find out are the Arabic origins of the word alcohol, the percentage it takes in your blood to be drunk (.08) or to die (.55; they don’t call it “intoxicated” for nothing), why an Old Fashioned is deemed old fashioned, and the difference between mixed drinks and cocktails (though the distinction between Star Wars and Star Trek isn’t quite as clear to the wacky cast!).

The proceedings are punctuated by apropos songs from a variety of periods and locales, with original musical arrangements by Josh Ehrlich and Caporale. In addition to the cast’s resonant chanting during the segments of ancient and medieval history, notable numbers include a rousing rendition of “Beer, Beer, Beer,” a French round of “Frère Jacques,” a barbershop-quartet version of “Down by the Old Mill Stream,” and jazz-style singing and scatting to “When the Saints Go Marching In.” You will also learn the true meaning of the lyrics to the children’s songs “Ring around the Rosie” and “London Bridge Is Falling Down.” All are sung in fine voice and perfect harmony by the engaging foursome.

Caporale and his team will soon be supplementing their popular original installment of The Imbible: A Spirited History of Drinking with three seasonal spin-offs: Day Drinking, which opens Memorial Day weekend and includes brunch; Tiki Drinks and Pirates, beginning again this summer; and Christmas Carol Cocktails, returning in November for the holidays. So if, like me, you can’t get enough of this amusing and informative creation, you can look forward to three more rounds.

Running Time: Approximately one hour and 45 minutes, including an intermission. 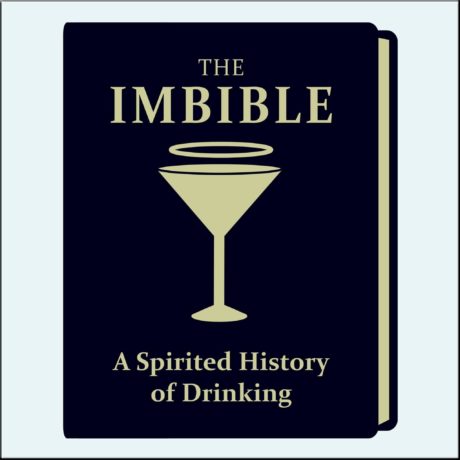 What a night in NYC with ‘John Lloyd Young: Broadway’s Jersey Boy’ at Feinstein’s/54 Below