I met jazz chanteuse Changamire’ at a networking event. She quickly warmed up to me and gave me her latest jazz album “Love” to listen to. I was blown away. In our interview she shared how she got started in music, her influences and her incredible musical connections/ experiences. 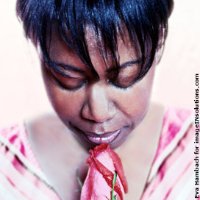 Marlene: How is your name pronounced?

Where are you from?

Who are your hometown music heroes?

What was a pivotal moment in your music career?

When a musician friend had me over to his place for the first time, I saw drawers full of tapes containing songs he had written. He played a few tracks from them, and I couldn’t believe that such beautiful songs were being packed away in a drawer.

I thought they needed too be heard, and it was around that moment that I went from being a singer hobbyist to wanting to pursue singing seriously in order to do a great job at representing this music. The majority of the songs on my debut album, “Only Human,” were from that drawer.

What is the best thing that has happened in your music career?

There are a few memorable things. I received a letter from Tracey Edmonds, when she was married to singer and producer Baby Face. I can’t quite remember what she was responding to or what the letter said, but it was exciting to receive it on that fancy letterhead.

Singer and actress Queen Latifah had a daytime show years ago, and the show either asked for artists to submit music for performance consideration, or I submitted it on my own. One day, the show called but I was not at home. The producer left a voicemail saying that they had listened to my music and thought I had talent. I was too thrilled! Unfortunately, the show was canceled.

And last was winning the DC Commission on the Arts & Humanities Artist Fellowship. That was huge!

Tell us about your early days in music.

I’m a little unsure on the timeline. I remember singing at jam sessions around DC, only to be told by Lawrence Wheatley (jazz pianist and mentor) at the One Step Down Club (Washington’s oldest jazz club) that I needed lessons! And he was right.

I took vocal lessons from Glenn Turner, the pianist at that time for American soul and jazz poet musician, and author, Gil Scott Heron, which is a huge deal. Glenn was a family friend and he recorded all of our lessons, which was my introduction to recording. So in that sense I was recording very early on.

I dabbled with vocal instruction from Ronnie Wells, the late jazz vocalist and founder of the East Coast Jazz Festival (now called the MidAtlantic Jazz Festival) and the late renowned saxophonist Charlie Hampton, who also did duet gigs with me for a couple of years. I began training more seriously with Kehembe Eichelberger, an incredible mezzo-soprano and professor at Howard University, leading into my second album.

Tell us about your band. 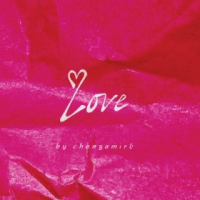 I perform live with a jazz quintet, and we’ve been together since our gig at the Mansion at Strathmore in 2007. Lincoln Ross, who had those beautiful songs in the drawer, is our Music Director. As a Count Basie alum, he also plays trombone in the group. Clifton Brockington, a trumpet player, is on piano, who traveled to the Republic of Georgia with me for duet performances. I have this dream of one day, somehow, having him play both instruments during a show!

I’ve known Ben “BT” Richardson the longest, as a family friend. He is on the funky bass and jokes constantly. Steve Walker has played drums for top R&B groups like the Temptations, and he brings that experience in honing our overall presentation.

Lastly, there is Donvonte McCoy, on trumpet, whom The City Paper named his as Artist of the Year. He’s a very laid back cat but such a force — but powerful and supporting — on the DC jazz scene.

You created Recording Project 101. Tell us what that is and how it came about?

Recording Project 101 is a proprietary course that I created to help those who are new to recording. It defines all of the players — producers, engineers, promoters, etc. — and their roles and demonstrates how to come away with the highest quality product possible. It has been offered at institutions like Howard University, Northern Virginia Community College and Calvin Coolidge High School and is available as a 3- or 6-week course and a one-hour lecture.

I created RP101 because people and parents would come to me with horror stories after they started the recording process. They were victims of over-charged fees and shady agreements, but they didn’t know it. RP101 is a preventative measure.

What was your favorite recording moment?

The recording session for “Only Human,” the title track from the album, and another track, “It’s Over,” was incredible. The demos in that drawer were recorded with electronic strings, and Lincoln recommended that we record the songs with live strings, which we did.

We drove to the former and famous Sigma Sound Studio in Philadelphia in order to record with string players from the Philadelphia Orchestra. Lincoln, as writer and producer, chose them over local players because they are well versed in doing recording sessions, having accompanied Patti Labelle, Kanye West and others. Well versed meant reducing the amount of studio time we had to pay for!

When the sound of those 14 strings came in on cue, I almost jumped like someone snuck up behind me and said “boo”! It was so strong and powerful. I know now that it was actually lush and beautiful. That was an amazing moment and recording session.

Where can we find your music?

My albums, “Only Human” and “Love,” are available through most music services like iTunes and Spotify. CDs are sold through Amazon and CDBaby.com, and downloads are also available on these websites.

What’s next for you?

I’ve been recording a Billie Holiday tribute album and hope to finish it in 2018. The YouTube channel, Project 44, supports the Billie project, where my goal is to record 44 women for the channel. So I’m still doing that.

And lately, I’ve been dabbling in fashi\on and am trying to find the right time to combine that business with my music business. It’s all very exciting and creative.

Catch Changamire’ around the DC area by checking out her Facebook page.

LINK:
Listen to a clip of “Why Why – Homage to I Cover the Waterfront” here.