Everyman Theatre of Baltimore is nearing the end of its season with the opening of Noises Off on May 19th, and soon the performance of their last Salon Series staged reading, Trouble in Mind on June 5th.

I had the pleasure of talking with Dawn Ursula, the director of Trouble in Mind and a Resident Company Member with Everyman, as well as Vincent Lancisi, the Founding Artistic Director of Everyman and the Coordinator of their Salon Series. The theme of the Salon Series is Women’s Voices, and it is curated and directed by the female resident company members. Typically, these staged readings take place in the rehearsal hall. However, the Salon Series has done so well this season, and the interest for this last reading, Trouble in Mind, has been so overwhelming, that the performance has been moved into the main stage.

Allie: Can you tell me a bit about yourself? Your recent work as a director? How did you come to work with Everyman?

Dawn: I moved to the Baltimore/D.C. region in 2000, and first appeared at Everyman in Light Up the Sky, in 2003. Vinny invited me to join the resident company in 2008, and my first role as a member of the company was in Doubt in the 2008/2009 season. In the first year of the Salon Series, I jumped at the opportunity to direct Lynn Nottage’s glorious Intimate Apparel, and am so excited to be performing in it this upcoming fall as part of the 2017/2018 season.

When the women of Everyman were curating the upcoming Salon, I was thrilled that we all agreed Trouble in Mind by Alice Childress was an absolute “must,” and it will be my latest directorial endeavor. I should also mention – the late, extraordinary Alice Childress (who is also an African-American) also wrote Wedding Band, which was an incredible success in our first Salon Series, and which I was fortunate to have been in with Deborah Hazlett directing.

Why Trouble in Mind? What drew you to this play? What is its significance?

Part of our goal in selecting work for the Salon is complementing each show of the Main Stage season. With Noises Off running May 17-June 18, it was a perfect opportunity to perform another backstage comedy – although Trouble has a lot of humor in it, it also depicts racism in the theater during the mid-1950s. With Trouble in Mind winning best off-Broadway play, Alice became the first African-American woman to win an Obie award. Having just performed in Lorraine Hansberry’s A Raisin in the Sun, also set in the ‘50s, it is very clear to me that these stories from our past remind us how far we still need to go. They are still too, too relevant.

What do you hope the audience takes away from the play?

Of course there are a myriad of comparisons to make between the pre-civil rights movement “then,” and the many movements of our “now” – but it’s important to remember that this was not a period piece when it was originally produced, and Alice Childress’ voice is especially unique, having been one of the first African-American women to have her plays professionally produced in New York.

What has your experience been with this cast in this process?

We spend only a handful of hours in rehearsal before bringing the Salon Series readings to the audience, so the “process” will largely unfold right in front of the audience. That’s one of the things that makes these events so special and exciting – casual, yet very intimate. So many audience members have responded that they feel they are getting a glimpse at what we do and access to us that they’ve never had before, and they love it!

Do you have a favorite, behind-the-scenes story from this process?

I remember from last year’s salon while directing Intimate Apparel, how much amazing power and storytelling occurred just by having our lead actress, Michelle Proctor Rogers, stand silently at a music stand while listening to the love letters being read to her. Those became some of the most breathtaking moments in the show, which so many people responded to and commented on later.

What are you working on next?

Currently, I am in Proof, at Olney Theatre Center (through June 18th) in the role of Catherine. Next season at Everyman, I am joining the cast of The Revolutionists and Intimate Apparel – which is especially exciting, of course, after having directed the staged reading last year, and having played in two other works by Lynn Nottage at Everyman: Ruined and By the Way Meet Vera Stark.

Allie: Vincent, I would like to turn to you now. You’re the Founding Artistic Director for Everyman. How did that come to be?

Vincent: When I was a graduate student at Catholic University, I decided I wanted to start a theater that would feature a resident company of actors and that would produce plays from the classics to contemporary in scope. I felt that it had to be a theater “for everyone” – with fundamentals like affordable prices and accessibility kept front of mind. It would be a theater that would celebrate great stories and great actors, as well as theater artists who dig for the truth in performance. Upon graduation, I took a short drive up the I-95 corridor to Baltimore and put down roots. Everyman Theatre began its journey 26 years ago. Today it is a mid-sized regional theater that performs six plays a season to over 5,000 subscribers. We have recently added new plays to our repertoire, while also continuing our commitment to the great plays of our time. It’s an exciting time for Everyman.

When did the Salon Series start? What was the impetus for its creation?

The Salon Series began last season, inspired by the women of our resident company, who wanted to bring increased attention and awareness to marvelous plays written by women, but in a casual setting. Since the series began, every event has gathered some of the finest actors in the region to conduct public readings of the plays. The theater sets up a bar in our upstairs rehearsal/performance space and folks come an hour early for drinks and nosh – then the reading happens. After the reading, the audience and the actors have an opportunity to mingle and converse. The Salon Series has been a hit with audiences right from the start. We always have good houses for the Salon Series – in fact, the most recent readings have been sold out far in advance. The series will be continuing during our 2017/18 Season, and we will be announcing those dates and plays this summer.

What do you hope people take away from the Salon readings?

We hope audiences are excited by and interested in the wealth of great new plays out there written by women. At the same time, Everyman’s artistic team gets to hear some great plays read by wonderful actors. In fact, two of the authors whose plays have been featured in the Salon Series will see full-fledged productions of their work next season on our main stage!

Have there been any unexpected benefits from the Salon series? Some connections or responses that you didn’t expect?

Absolutely. It has brought audiences in general – and women in particular – closer to Everyman as they experience meaningful connection with the characters, the playwrights, and women like Dawn and other actors from our resident company who started the series. The audience learns about the artists, their work, and their lives, which enriches the whole theater experience. Some serious bonding has taken place as a result of this series, and audience members can even become advocates – when an audience member loves a piece, she or he might campaign to see a full production on our stage.

I can certainly think of many reasons myself, but why did you choose the theme of Women’s Voices?

It is long overdue that women have the same opportunity as men to have their plays regularly developed and produced. For so long in the history of theater, the men dominated as authors — playwriting as a career was not available to most women. Now we see almost a “golden age” of the woman playwright starting to bloom in our theaters, and it’s exciting to watch and be a part of. Just look at our 2017/18 Season, for example — four of the six plays next season at Everyman are written by women whose work has enriched our curatorial process., 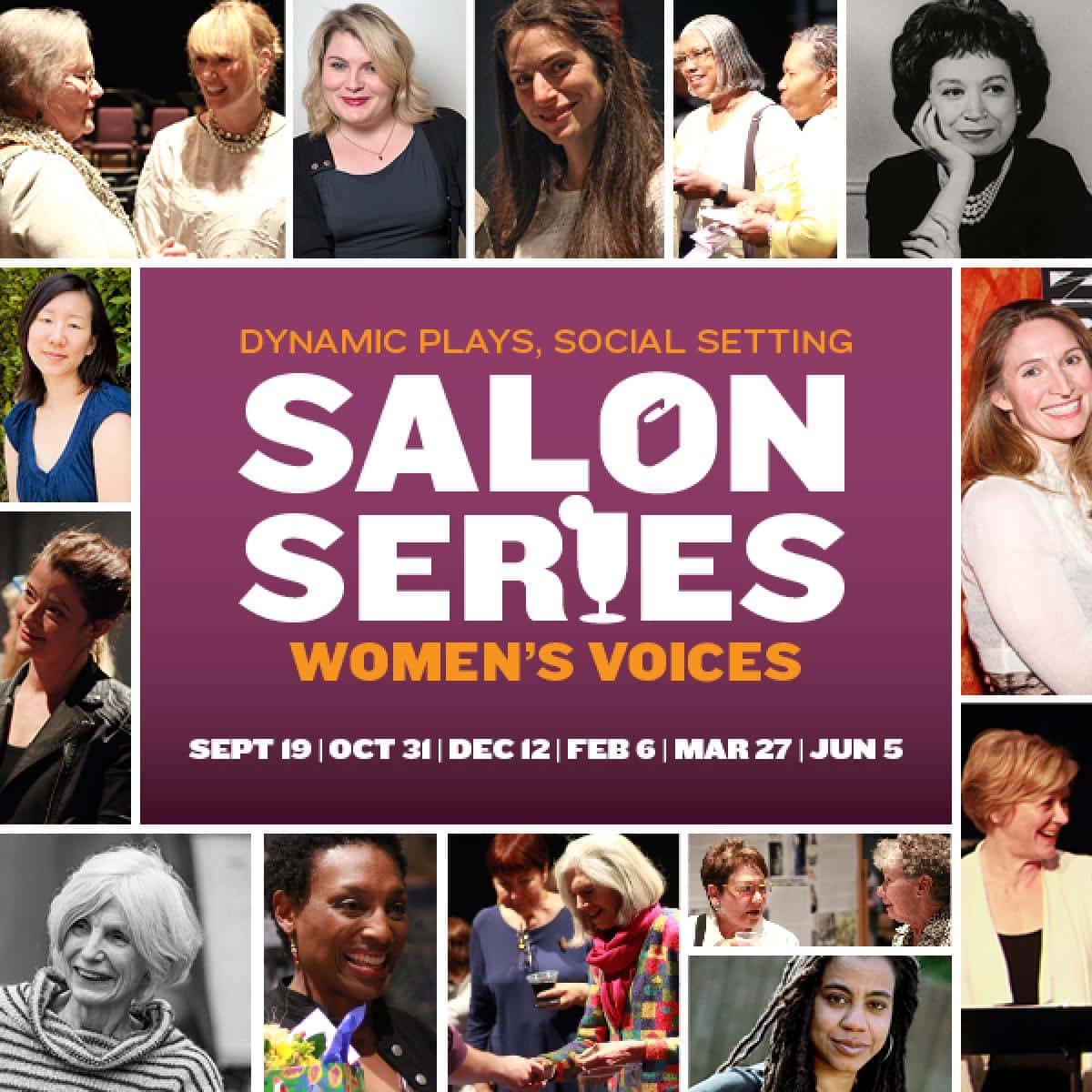