SeeNoSun OnStage will open a four-week run of Doubt: A Parable, John Patrick Shanley’s controversial Pulitzer Prize and Tony Award-winning drama. The play examines the Catholic Church abuse scandal while trying to answer the question, “What do you do when you’re not sure?”

“Doubt: A Parable blurs the line that separates right from wrong,” said SeeNoSun’s Founding Artistic Director Michael Wright. “Shanley’s play touches on so much more than what we know happened,” added Wright, who is also directing the play. “This is a powerful exploration of many complicated social issues like race, feminism, child abuse, parenting, homosexuality, and moral obligation.”

The story takes place at a Bronx, New York Catholic School in 1964. Sister Aloysius, the school principal, takes matters into her own hands when she suspects a young, progressive priest, Father Flynn, of improper relations with the school’s first black male student. This potent drama raises questions and answers none, leaving the audience to grapple with the discomfort of their own uncertainty. In the end, all that remains is doubt. 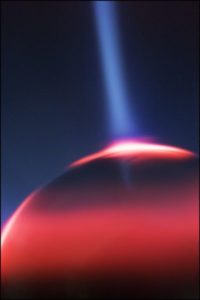 SeNoSun OnStage is a 501(c)3 non-profit theater company dedicated to “The Art of Darkness.” SeeNoSun has been accepted as a Washington-area professional theatre organization with theatreWashington by the Helen Hayes Awards Board of Governors and is eligible for full awards consideration in 2016/17. This production of Doubt, A Parable is partially funded by a grant from the DC Commission on the Arts and Humanities.