In past years, the two websites have distinguished themselves from all other area publications by covering every show in the festival. This year each show will be reviewed by one website or the other, and all the reviews, along with their five-point ratings, will be viewable on both sites. 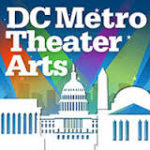 “This plan represents not only unprecedented collaboration and cooperation between DCMetro TheaterArts and DC Theatre Scene,” said David Siegel, spokesperson for DCMTA Publisher and Editor Joel Markowitz, who was recently diagnosed with ALS. “It will also ensure that focused, high-quality, and comprehensive coverage of the Festival can be achieved without redundancy.”

“When we saw that 70 shows were opening in the first week of Fringe,” said Lorraine Treanor, Publisher for DCTS, “I knew we needed a partner to help us deliver that many reviews in such a limited time. DCMTA was the obvious choice. We share the tradition of covering all Fringe shows and the same commitment to quality writing. Getting to know some of their staff at the benefit cabaret we recently produced with MetroStage for Joel Markowitz made the choice an easy one.”

In addition to reviews, both websites will continue to publish their own unique content and to offer advertising to Fringe producers. To inquire about advance editorial coverage and advertising placement, show producers should contact Lorraine Treanor for DC Theatre Scene and David Siegel for DCMetroTheaterArts.

Capital Fringe Festival 2017 runs July 6 to July 30, 2017, at various times and locations. Information about the calendar, buttons, and tickets and tickets can be found online.