Perfect Arrangement by Topher Payne was a smash hit at Source Festival when it debuted there four years ago, and the comedy’s return to Source on the occasion of the festival’s tenth anniversary is cause for celebration. Set in 1950 during the so-called Lavender Scare—when persecution of homosexuals and other “deviants” had U.S. state sanction—Perfect Arrangement is both gut-busting funny and soberingly trenchant.

In what may be the most consequential program note ever penned by a playwright, Payne informs us that the apology John Kerry offered for the Lavender Scare, in his last days as Secretary of State—”the first time the government acknowledged any of this happened”—disappeared from the Department of State website as soon as Donald Trump took office.

In 2014 the American Theatre Critics Association named Perfect Arrangement Best Play by an Emerging Playwright. In 2015 it ran Off-Broadway produced by Primary Stages and had subsequent runs in San Diego, Seattle, and elsewhere. As I write this it is up for a Lambda Literary Award.

I had a hunch something like this was going to happen. When I saw the 2013 Source Festival production directed by Linda Lombardi, I raved in my blog,

This play is ready for Broadway. It’s knockout funny, with crackling punch lines. It’s flawlessly constructed—paced like a bubbly farce at times, like a jaw-dropping drama at others. And it’s got a core of sexual political content that puts Neil Simon–ish froth to shame.

Perfect Arrangement takes place in the upscale living room of an apartment in Georgetown. The period is pivotal. This was the time of McCarthyism when maniacal American anti-communism merged with animus against homosexuals. A dragnet was launched inside the U.S. government to purge anyone suspected of being lesbian or gay.  The notion was that in offices like the State Department, homosexuals were national security risks because they were subject to blackmail. (Little could anyone have guessed when Perfect Arrangement premiered how that toxic hate-fueled episode in U.S. history would morph into today’s Islamophobic and anti-immigrant politics—like some horrifying déjà vu.)

The story Payne spins out of this historical homophobic nightmare is cleverly and hilariously set up as a 50s-era TV sitcom. Payne’s script specifies, in fact, that the set have “a layout reminiscent of that of Lucy and Ricky Ricardo on ‘I Love Lucy.'” The set at Source designed by Jessica Cancino has a suitably flat-beige 50s feel that with its avocado sofa and persimmon chair looks like it’s been furnished from Sears and Roebuck.

Bob Martindale (Jon Renolds) and Norma Baxter (Mary Meyers) work in the State Department. Bob is in charge of an expulsion program there and Norma is his secretary. But at home they and their same-sex paramours—Millie Martindale (Danielle Scott) and Jim Baxter (Jack Novak)—have adopted a nuptial ruse in order, or so they hope, to escape exposure and firing.  The comic potential in this setup jump-starts the hilarity as the foursome entertain Bob’s straight-arrow boss Ted Sunderson (Kevin McGuinness) and his ditsily clueless wife Kitty (Jennifer Pagnard, whose performance was a ceaseless hoot).

An auspicious visit comes near the end of the first act from Barbara Grant (the enjoyably grand Toni Rae Salmi). Barbara is a State Department employee under investigation for being “a loose woman.” Her arrival sets in motion events that lead to one of the most profound endings I’ve ever witnessed in a new play. Near the end of the second act, Payne tops everything that’s gone before with a breathtaking scene that rips open a gender divide among the once happy foursome.  Suffice it to say, lesbians who are looking for liberation and impatient with gay men’s leadership will recognize a lot in Payne’s story line.  And gay men might learn a thing or two too.

I can’t in conscience give away any more of Payne’s astonishing story structure, but I have to marvel at how he keeps finding what’s funny. Payne has an uncanny knack for keeping faith with his audience through humor. That he has embedded his powerful and empowering political insights in a play bursting with belly laughs is a comedic marvel that must be seen to be believed.

Perfect Arrangement is a sturdy script, and as such it easily withstood what on opening night was some unevenness and uncertainty in the acting.  Tighter pacing and stronger ensemble cohesion will doubtless emerge during the run.  The costumes designed by Frank Labovitz were for the women a delightful lift from Donna Reed’s and Harriet Nelson’s wardrobes; and for the men, appropriately post-war dorky. Lighting Designer E-hui Woo made scene shifts entrancing, and Sound Designer Veronica Lancaster brought in period tunes that could make one feel like swaying or dancing.

Perfect Arrangement is assured a slot on the short list of all-time Best LGBTQ Pride Plays and is destined for a place in the canon of contemporary classics.

Perfect Arrangement is an incandescent comedy about queer courage in dark times. And the times they just got dark again. 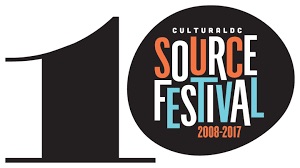