Patsy Cline’s spirit inhabited the theater when Laura Stracko sang some of Cline’s later and best known songs including “Sweet Dreams,” “She’s Got You,” “I Fall to Pieces” and “Crazy.” Directed by Tommy Iafrate, This Evening with Patsy Cline was a walk down memory lane. The song list follows Cline’s musical development and fame, giving a new perspective to a songstress who only knew the ‘best of.’

Little Big Man, Andy Baldwin, adds a spark with his carny-like portrayal of both an anchor at the Winchester radio station, WINC, and emcee at Patsy Cline’s shows. His spirit spurred the audience to join him in singing “Jimmy Crack Corn” and other oldies but goodies and laugh at his Borscht Belt jokes.

Costumes designed by Kristina Martin progressed with Cline’s career, starting with a red cowboy get-up when she was on the local scene, evolving into a pretty party dress at the Grand Ole Opry and Las Vegas, then diamond studs at Cline’s appearance at Carnegie Hall. Little Big Man’s costumes changed apace.

The band had the chance for their own party when they played “Orange Blossom Special” at the beginning of the second act. The rest of the evening, they provided both music and back up vocals. The band was knock your socks off good. Jay McCarthy stood out as he danced on both guitar and fiddle, his performance all the more astounding because he is a rising college freshman. Keyboardist and conductor JP Coletta ran the band with precision and elegance. Bob Abbott gave the bass its own personality. Dakota Kaylor had a light touch on the percussion as was befitting Cline’s era and music.

Scenic Designer Quinn Stone and Lighting Designer Nathan Hawkins operated on the principle ‘less is more.’ With a simple elevated band area backed by draped gauzy material, the progression of Cline’s fame was shown by changing light starting from almost white to an elegant purple at the show’s end. There was a separate rolling radio studio, WINC, in which Little Big Man sat while broadcasting.

All in all, this is a highly enjoyable production. 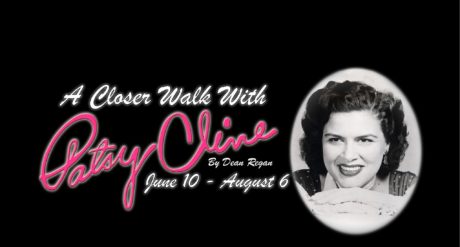