Shakespeare in the park is a long-held American tradition. From venues in places such as New York City’s Central Park and Washington, DC’s Carter Barron Amphitheater, watching the Bard’s works under the stars is a summertime treat. Since 2003, Chesapeake Shakespeare Company (CSC) has produced their version of that pastime, “Shakespeare in the Ruins” at Patapsco Female Institute Historic Park in Ellicott City, MD. Their latest in that venue, The Tempest, is a top-flight production with a sterling cast and direction by Lizzi Albert.

Shakespeare derived the plot, we think, from an account of the shipwreck of the Sea-Venture in 1609 near Bermuda. The fictional island in The Tempest is set somewhere off the coast of Sicily in the Mediterranean. That island, in the story, was ruled by the exiled Duke of Milan, Prospero (Nathan Thomas). It was Prospero, in order to set in motion events to restore his title, who used magic to conjure a storm that shipwrecked the Queen of Naples (typically a King in most productions), Alonso (the fabulous Tamieka Chavis), onto his island’s shores.

Thomas’ Prospero was quite Loquacious, being that he is Shakespeare’s last great character (The Tempest was the last play he wrote without a collaborator). Thomas commanded the stage and lorded it over his subjects and his enemies in all his scenes.

Chavis was enjoyable to watch as Alonso. I adored Chilcote’s performance as the long-suffering, but hard-working Ariel. Chimonides’ Sebastian reeked of evil. Groton, Kennedy, and Lopez as Stephano, Trinculo, and Caliban were hilarious; Their physical comedy was top notch. It was fun seeing Kennedy go through a variety of expressions, including a hopeless moue. Groton pulled off that hardest of acting feats, playing drunk effectively and comically. He nailed it.

Director Albert made a good use of the space provided her, including the grassy parkland, and the house aisles. Ariel’s and the spirits’ (Molly Feinstein, Phoebe Heiligman, and Ashley Mapley-Brittle) costumes had a Peter Pan-like feel thanks to Costume Designer Heather C. Jackson, who adorned the men in sharp 50s threads. Chavis’ dress and hat were lovely. However, being that he is described as fish-like, I expected Caliban to appear more monstrous and webby. The rocky surface of Prospero’s island came to life thanks to Scenic Painter Lauren Engler.

I liked Chavis’ solo in Screamin’ Jay Hawkins’ “I Put a Spell on You” during intermission; also during intermission, Groton had a good solo in Bob Merrill’s “Mambo Italiano.” Music Director James Jager chose good in-show music as well,  including “Fever” by Eddie Cooley and Otis Blackwell.

The spirit characters’ dance numbers were well-synchronized thanks to Dance Choreographer Nellie K. Glover. Sound Designer Jay Burgin was spot on with his storm and lightning sound effects. At times, however, acoustics could have been stronger—ambient noise such as trains were a problem. Fight Choreographer Lex Davis staged some violent-looking slaps.

CSC’s The Tempest was an excellent choice to produce at Patapsco Female Institute Historic Park. Thanks to the musical milieu, good choreography, and stand-out performances, The Tempest is a winning way to watch a Shakespeare romance in the park. 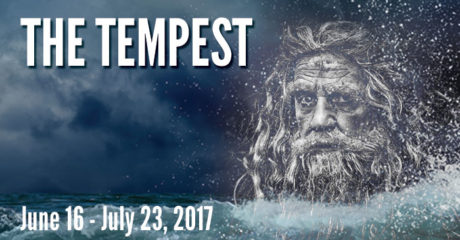