Ready to Serve is written and performed by Ellouise Schoettler. 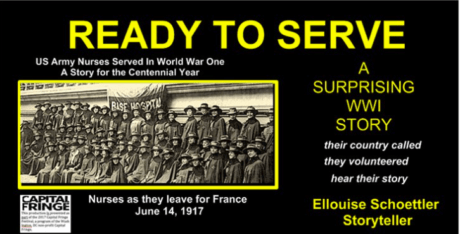 The Capital Fringe is a great venue for a performer to premiere or to season work. This July marks my eighth consecutive year performing in the Fringe before audiences who are terrific listeners which is vital for a storyteller. I am excited to return.

Ready to Serve premiered at the 2016 Capital Fringe. I am bringing it back to the Fringe after a year of touring the show in Maryland. It is a Maryland tale of 64 professional nurses who trained at Johns Hopkins School of Nursing and who joined the Army to serve in France with Hopkins Base Hospital #18.

The story is 100 years old as of June 14, 2017, the day they “shipped out” from New York harbor. My goal has been to give these women a voice to tell their story. It’s a great way to celebrate the World War I Centennial which began April 6, 2017.

I created Ready to Serve as a one-woman show using letters these WWI nurses sent home. They are filled with reports of brutal winter weather, spartan living quarters which they called “our ridiculous plight”, and the sisterhood of French nurses who prepared them for the battle wounds that would come into their care at the hospital. “You can do it.” They told them. “if you know what to expect.”

The winters of 1917 and 1918 were punishing. Two of the nurses died and five were sent home. Casualties from major battles were a test of their stamina but they continued to do their best work through the hardships. Yet their stories remained unknown. Ready to Serve brings them out of the shadows of history. 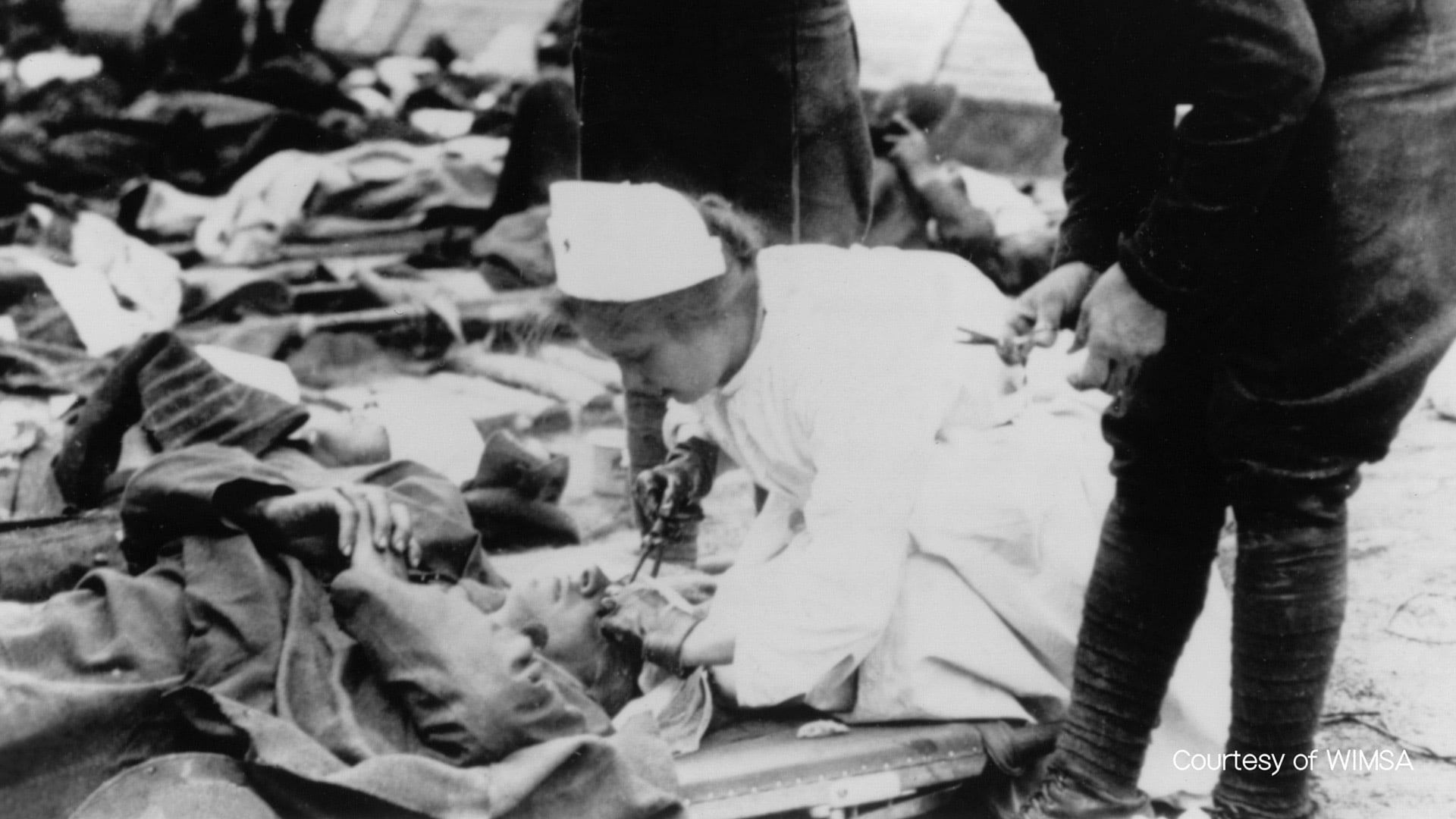 “I may forget the names of those boys ,” writes one nurse, “but I will remember the faces of those brave lads forever.” I hope this story will help people remember the nurses! www.wwonesnurses.weebly.com

Ready to Serve is the second play of a WWI Lost History trilogy. My first story of the trilogy, The Hello Girls, a popular 5-star program, was introduced at the Capital Fringe in 2014. I have performed it across the United States since, including the National World War I Museum and Memorial in Kansas City, MO.

Ready to Serve focuses on the 64 Hopkins nurses it is intended to honor and acknowledge all nurses who served overseas. As a spoken–word–artist, my joy is seeking stories of unknown women and bringing them to life. 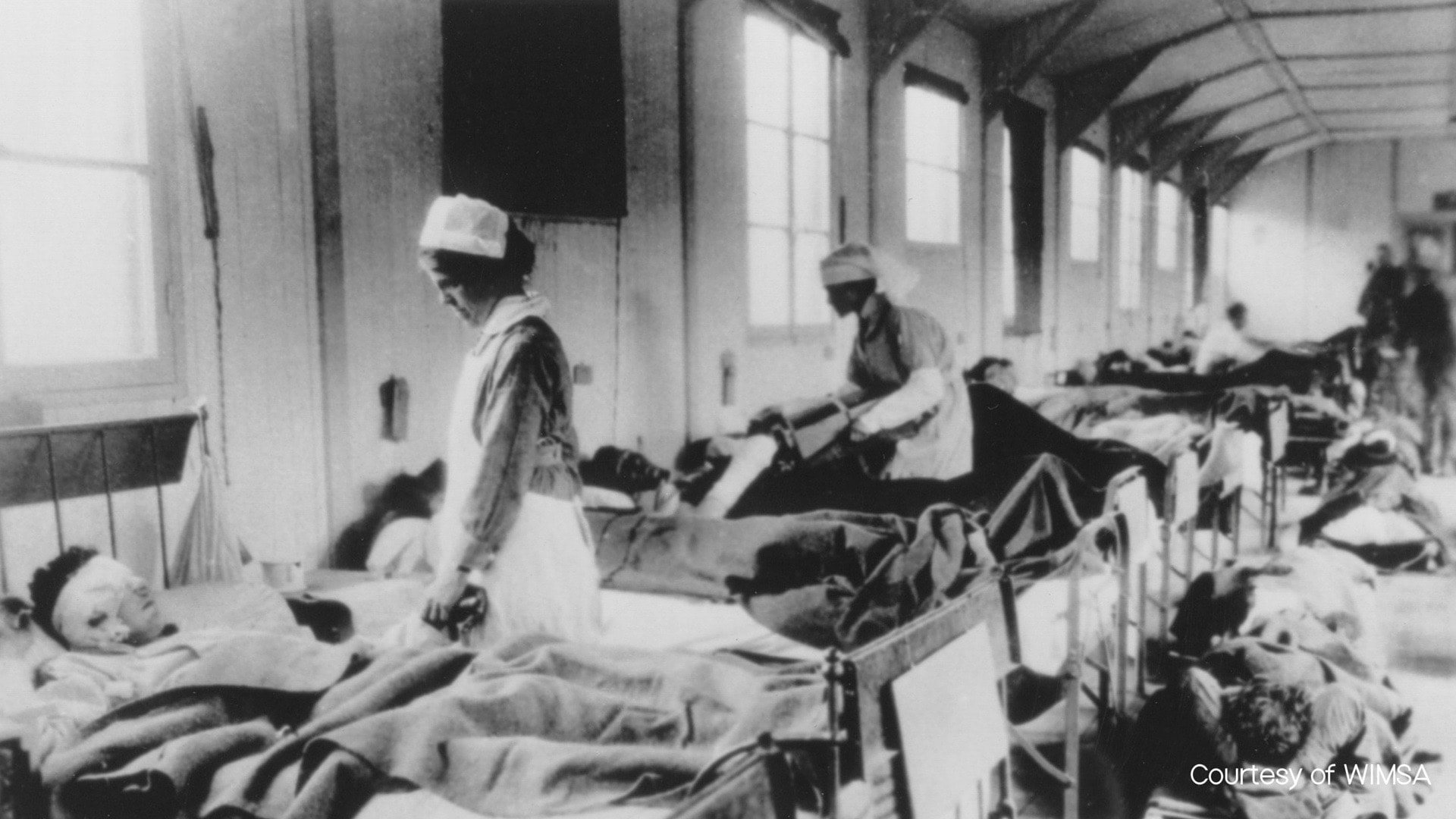 I was a student at Johns Hopkins School of Nursing. I did not complete the program but left early to marry a young Hopkins Medical student. I returned to college in my 30s to earn a BA in Fine Arts and an MFA in Painting. A longtime working artist, I began my storytelling career 25 years ago. I continue to perform nationwide for adult and family audiences and also to host and perform on two local MMCTV cable programs which feature storytelling.

For more information go to Ellouiseschoettler.com 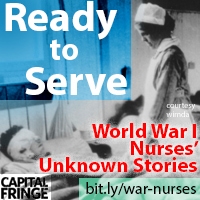