Last Ditch Playlist is about two men, Aaron and Wes. They’re probably just broken up. So we flash backwards and forwards in a whirlwind of Aaron’s memories to figure out exactly where he stands. While stuck in his head, we relive the highest highs and the lowest lows. We laugh, we cry, and we remember the sad times, the sexy times, the awful times, but most of all, the times they were happiest together.

What does any of this have to do with a playlist, you ask? Spare a few moments, and I’ll tell you! 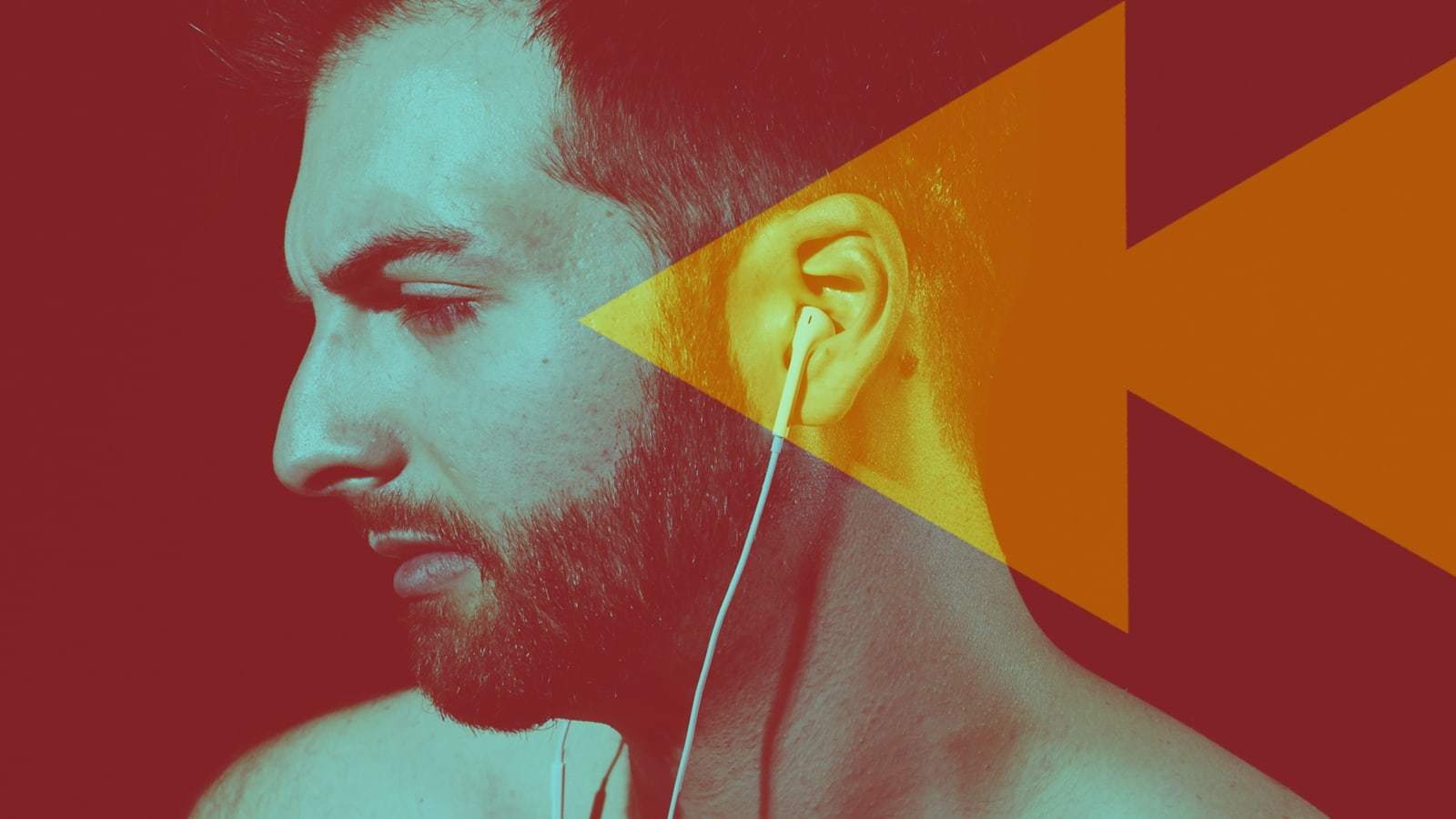 Last Ditch Playlist is one of those stories you might say is “inspired by true events.” If this were a movie trailer, you’d see some variation of those words in the last 30 seconds just to make sure you’re hooked. But the significance of the events occurring in Last Ditch Playlist is that they aren’t so unusual. This isn’t a pivotal moment in world history being retold. Rather, it’s a microscopic point that is, nonetheless, pivotal in the lives of two ordinary people colliding, happily together for just a little while and then having to perhaps move on. Let’s say the events are about 75% factual to my personal experience. But these experiences may not be so different from yours. They could be your facts too.

But why not get specific to the facts of Aaron and Wes for a moment. Enter the playlist in a peculiar turn of events. In an effort to impress real-life “Wes,” I took it upon myself to scrutinize all the music he considered to be “culturally significant.” So in an effort to be a better “Aaron,” I sought to be the best version of the boyfriend I thought Wes wanted me to be. Now don’t get me wrong. It’s all great music (for the most part). But I had to work hard at this music academically in order to succeed at this project. Was it courageous or misguided?

This playlist still exists. It inspired the play. The music therein is tied to my memories of “Wes” with unbreakable bonds. Memories are like playlists. When you recall the memories of people, you don’t think of them chronologically. Whether it’s music or memory, you don’t always know the order of it all.

So Last Ditch Playlist is a memory play like a playlist. If you like, you can listen to that playlist too! In that playlist you’ll find a mixture of both the music Wes thrust upon Aaron, as well as Aaron’s most cherished music, taking on new meaning in a time of crisis (and later, healing).

Beyond that, I’ll leave the rest to mystery and imagination. Memories are not only out of sequence, but also out of place. Memories warp until they become imagination, and memories cease to be literal. Stuck inside Aaron’s head, you may find yourself wondering what’s real and what isn’t. Aaron is fighting that battle too. Will you join him?

But as a reminder, here are the show dates/times… 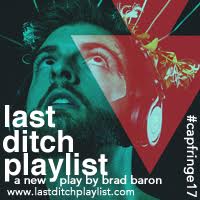 Link to a contest for two comp tickets to Last Ditch Playlist: http://www.washingtonblade.com/win-tickets-see-last-ditch-playlist/