NTC goes viral. What happens next will Blow. Your. Mind. 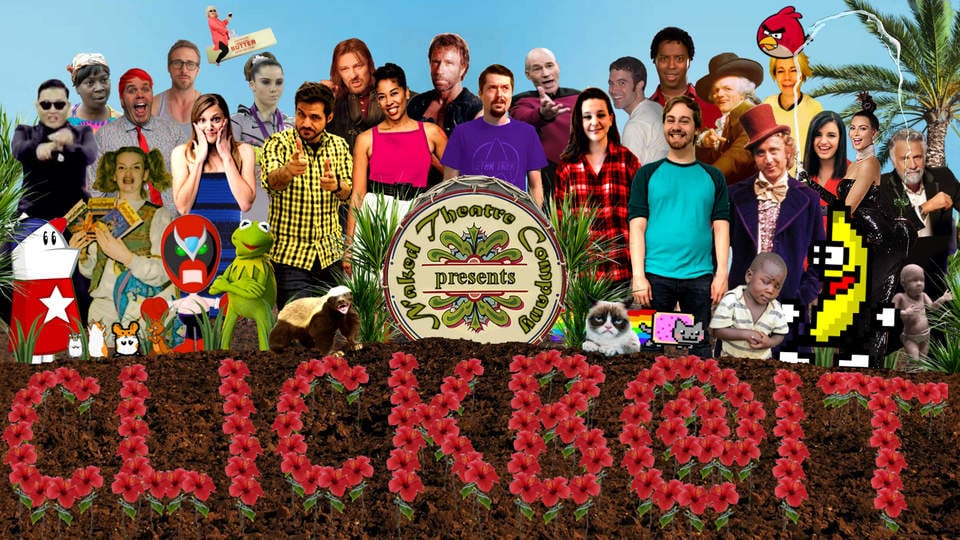 How did this idea come about? NTC company member Rachael Murray had the idea that a lot of Stuff on the internet is stupid, and people spend a lot of their time looking at it. But what if, instead of clicking alone, a bunch of people got together to click on stuff, and saw it live, ontage? And with that epiphany, ClickB@it became a twinkle in our eye.

We’ve been developing this piece, which has been devised and written by the ensemble, for about a year now. Throughout its developmental readings at Nextstop Theatre’s darknights series and The Kennedy Center Page-to-Stage Festival, ClickB@it has been described as both “The funniest thing I have ever seen!” and “Scary.” With feedback like that, we knew were on the right track.  Since then, the script has undergone changes and rewrites in an attempt to keep up with the everchanging cyber landscape.

Buy tickets, bring friends, and get ready to click you way through the best (and the worst) the
internet has to offer! Go ahead. Click it. You know you want to.