For the latest show in its 42nd and Main Concerts series, Theatre Horizon tackled Zanna, Don’t!, an offbeat musical that ran Off-Broadway in 2003 and has had productions all over the world since. That in itself would make the show a special event – but Theatre Horizon went one step further, by presenting the world premiere of a newly-revised version of the show, titled Zanna Don’t (the Reboot).

Tim Acito (who wrote the book, music and lyrics, with assistance from Alexander Dinelaris) has made a number of major revisions to the show; press information indicates that 40 percent of the score is new, as is most of the dialogue. (No song list was provided, making direct comparisons to previous versions difficult.)

Times have changed since 2003, and the changes to the show reflect it: a joke about Kim and Kanye has been added, while a song called “Don’t Ask, Don’t Tell” seems curiously (or perhaps happily) dated. Still in place, though, is the show’s arch sense of humor. Acito’s show takes place in a “typical” high school in a world that’s the mirror image of our own: The gay students are the “normal” ones, and the straight students are subjected to taunting and bullying – “heterophobia,” as the show calls it. Football and cheerleading are scorned (“It’s so hetero”), while the members of the Chess Club and Drama Club are the cool kids. (Zanna, the most admired student of all, is a hall monitor.) But when a guy and a girl fall in love, what are they – and Zanna – to do?

One major change in the updated version is that Zanna, the wand-waving, magical matchmaker at the center of the show, has changed from an explicitly male character to a pangender one. Wearing pearls and a short skirt (and showing off some decidedly hairy legs), Zanna was played with a deadpan grace by Rocky Paterra. And the rest of the cast – performing with just one day’s rehearsal – filled their roles well. Sarah Braverman was sympathetic as the heroine Kate, while Carla Stickler showed off an impressive belt as Kate’s on-again, off-again partner Roberta (Stickler alternated with Cassie Okenka in the role). Jordan Dobson and Kevin DeJesus-Jones made a nicely mismatched pair, and Brian Massey showed puckish verve as a reporter keeping track of all the relationships.

At 90 minutes, the show’s comic premise is stretched a bit thin, and the songs, while smart and enjoyable, don’t quite elevate this from a cute curio into a truly special musical experience. But the casual tone of the concert suited the material well; Director Molly Braverman’s breezy production made the most of the show’s charms, and the 19-member cast mastered the score’s rich harmony and counterpoint sections. (Noah Mallitz was the Music Director, leading a four-piece ensemble.) Theatre Horizon’s usual excellent sound (by Mary Kate Smyser) and lighting (Angela Coleman) gave the presentation a nice sheen.

With its bouncy music and its satiric style, Zanna Don’t (the Reboot) has a playful tone that made it just right for this spirited, polished concert. 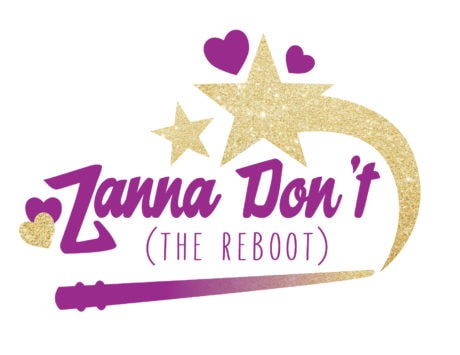