One of the most frequently performed plays in America today, The Laramie Project, is now on view at the Atlas Performing Arts Center, where the bare stage of the Lang Theatre has been transformed, for the space of Fringe, into the town of Laramie, Wyoming. 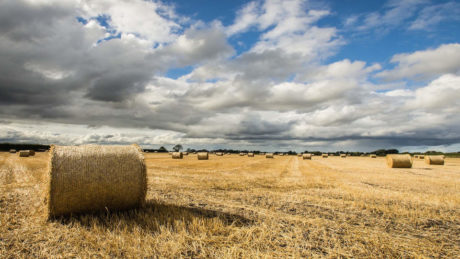 Laramie, as most people know, is where one of the most brutal hate crimes in history took place less than 20 years ago. The facts are simple: a 21-year-old gay college student was kidnapped, viciously beaten, abandoned, and ultimately murdered by two of the townspeople.

But the town’s reaction was not what reasonable people expected. In fact, the most frightening aspect of this play – both in its original form, in 2000, and in the current revival – is the extent of the town’s denial and its tendency to blame the victim for the crime.

To document the community’s response, Moises Kaufman – a playwright whose works had riveted Broadway for more than a decade – took a group of writers and actors to Laramie, where they conducted more than 200 interviews with the residents of the town. The result is a dramatic retelling of the events leading up to the crime, based on the interviews and on the news reports that followed the case from around the world.

It’s a portrait of a town divided, with one part angry about the world’s condemnation and the other part determined to expose the cruelty of the attack and the homophobic hatred that led to it. Teachers, social workers and doctors, policemen, housewives, ministers of different religious denominations, college students and professors at the University of Wyoming, all speak out.

With more than 60 roles divided among nine actors – all members of the Wandering Theatre Company, which is dedicated to ensemble work – it is sometimes hard to keep track of those who are speaking.

The only solo performance is that of the student, Matthew Shephard, who is silent throughout. Played with an air of eloquent grief by Adam Davidson, the performance begins with him writhing in pain, beaten to a pulp and tied, still alive, to a fence on a prairie outside of town.

As the townspeople speak, often giving voice to the most terrible slurs, Matthew himself – known as “Choo Choo” to friends and “Matt” to those who don’t really know him – circles the stage like a ghost. He listens, silently taking it all in, but responds to no one.

One of the best scenes comes at the beginning, when two social workers talk about the deep rift within the community. To them, the killing is not about homophobia, but about money. It’s about Matthew’s jacket, education and shoes, and all the other things that wealth can buy.

On the other side are the preachers who stand on the pulpit and shout that gay sex is wrong, and insist that the victim deserved what he got.

One character – a theatre major at the University – describes his shock at finding that his parents are willing to see him in Macbeth, portraying a murderer, but not to see him as a gay man in Angels in America. (In fact, there are many tributes to Tony Kushner in the show.)

Counteracting the static nature of the interviews is the movement that pervades the piece. Under the direction of Natalie Villamonte Zito, the characters circle the stage, forming prayer vigils, changing costumes and creating a kind of choreography in their endless striding back and forth.

Amelia Lembeck is the stage manager, assisted by Daphne Liu and Steven Alui, who keeps the players in motion, adding to the illusion of a town running away from itself.

The set is centered around a large wooden fence – the fence to which Matthew returns, again and again – with chairs and steps scattered round. There are also five crates of clothing, which the actors put on and remove as required. Jak Prince is both the set and lighting designer.

Both the lighting and the sound are creative, adding to the drama but occasionally dimming the actors’ faces and their voices. (The director and Daphne Liu, one of the assistant stage managers, are responsible for the sound, much of it country music and the twanging of a guitar,)

Some of the most visually powerful moments come when Matthew’s friends don the giant wings of angels, managing to block out the signs of the anti-gay protesters.

Another powerful scene is the prayer vigil, when Matthew’s supporters walk with memorial candles lit against the night.

It all adds up to a great ensemble performance, but one in which many of the roles are blurred. Although a loudspeaker announces the names of the characters who are speaking, there is no mention of who they are. Some, such as the bartender and the taxi driver, are obvious. Others are not.

Although the play has already been shortened somewhat, it still needs tightening. Many of the roles – and even some of the scenes, such as those depicting the two trials – could be merged.

Despite those shortcomings, The Laramie Project is a work that deserves to be seen, again and again. It is a sobering reminder of the hatred and fear that still divides our country – and that poisons the otherwise pure air of a place like Laramie.

Note: Since this is ensemble theatre, the cast of The Laramie Project is not identified by role. However, they are, in alphabetical order: Liam Armstrong, Andrew Benvenuti, Heather Bildman, Carol Copper, Adam Davidson, Catherine Giddings, Craig Jameson, Jesse McCaig, Kendra McNulty and John Squires.