A cluttered desk, a twenty-minute appointment, a student and a teacher, and what ensues are cerebral twists and turns, well beyond the subdued, weightiness of departmental office hours. We inhabit this narrow space and learn about the teacher and about the student. The student objects to insensitive classroom remarks and is averse to a proposed field trip to a homeless shelter. The teacher surrounds herself with piles of papers, efforts unread from three years back. They stand in opposition: the teacher who puts pen to paper – an older white woman, and her student, a young black man who reads novels on his phone. 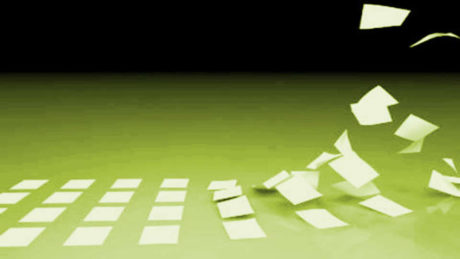 Written by Creative Chief John Feffer, you have walked into the world of Paper. John Feffer’s rapid-fire dialogue covers ground quickly, touching on white privilege, racism, ageism, gender, class, and the generational divide. The circuitous dialogue is at times confrontational. You wonder just who has the upper hand. In the next moment, the table turns, and the whole setting changes to a different angle.

The unexpected has just happened and the humor dashes. She finds his paper about gentrification too abstract, as it is set in an abandoned barbershop; while jargon about the basic principles of fiction writing tickle a nerve. Sophia (played by Hilary Kacser) and Emmanuel (played by S. Rex Carnegie) deliver with punch. Sophia is perfect at not ‘getting’ Emmanuel’s side of things. A perky, stubborn youthfulness dominates. Emmanuel charms with a British accent. We are drawn to the relationship between them, wanting a resolution despite remarkable barriers.

Director Scott Sedar fits in a few surprises, and the actors take the challenge. Hilary Kacser, silver hair, grey jeans, and button down blouse, completely conveys the academic persona, a scholar whose only mind-altering substance is literature. S. Rex Carnegie, elaborate braids, khakis, and business professional matches with assured timing. The repartee between the two is natural and easy, even when at odds. They have a lot at stake, more than meets the setting.

Scene three tosses all the paperwork into the air. It turns out assumptions have been made. Yikes, have you been met by your own narrow expectations? I won’t give away any more ground. See Paper and you’ll see just how far the table can turn.

Running Time: 75 minutes, with no intermission