Welcome to show business! And welcome to Show Business 101, the comedy revue where four talented actors burst on and off the stage offering send-ups of various show biz situations, real and imaginary. Geoffrey Brand, Pamela Kasenetz, Peter Orvetti and Cristen Stephansky are the actors who’ve momentarily abandoned serious theatre in order to clown around. And the target of most of their clowning is theatre itself. 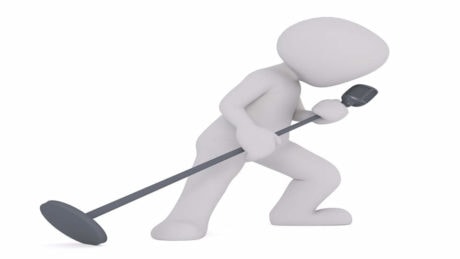 The show begins with a spoof on improv. In fact, if you’ve ever wondered if those ‘volunteers’ in the audience at Second City and other similar shows are actors, then you’ll certainly feel vindicated as all four of the cast members join forces in a tour de farce. Brand and Kasenetz are the losers on stage, while Orvetti and Stephansky are the ‘plants’ in the audience.

Another skit is about an audition. Orvetti is the hapless actor, desperate for a call-back, while Stephansky plays the casting director from hell. She is the stuff of every actor’s worst nightmare, a sadist who is out to destroy every single vestige of real talent.

One of the wittiest (and most literary) skits is a take-off on Shakespeare. The scene is Hamlet’s encounter with Ophelia, suggesting she get herself to a nunnery. Brand and Kasenetz address each other in some of the Bard’s best-known solliloquies, then turn to the audience to say what they really mean – and question each other’s sanity – or insanity, as the case may be.

Kasenetz is a blond bombshell, perfectly cast for the skit where a couple of male musicians are looking for a vocalist, but keep getting distracted by looks. And Stephansky does a good job playing a robotic actor, competing with humans, but afraid of losing her own job as an android.

Robert Kittredge is the playwright who’s written the skits, and Lisa Hilling is the director who keeps the enterprise afloat.

While you won’t learn a lot from Show Business 101, you will find it a cheerful and lighthearted antidote to some of the heavier offerings in Fringe.