This show is a comedy inspired by a tragedy, Greek playwright Euripides’ The Bacchae. In case it has been a while since you last refreshed your memory on the theatrical offerings of Greece in 504 BC, that’s the tragedy in which an angry Dionysus gets revenge by brainwashing the women of Thebes into retreating into the mountains to observe his rituals. He eventually drives the women into such a rage that they rip the King of Thebes into pieces. 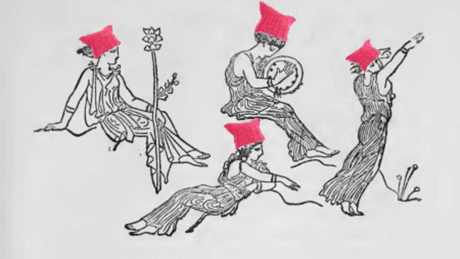