This weekend, Laurel Mill Playhouse (LMP) will be doing two tributes. The first is to the wonderful Carol Burnett Show that graced our TVs from 1967-1978. The show included those wonderful comedic actors, beside Ms. Burnett, like Harvey Korman, Vicki Lawrence and Tim Conway. Their timing and the writers’ genius created some of television’s most memorable skits and characters from Gone with the Wind parodies, “The Family” with Lawrence as the mother which became the TV show Mama’s Family, to my personal favorite, the dumb receptionist played by Burnett opposite the chagrined Conway as her boss, “Mrs. Wiggins.” 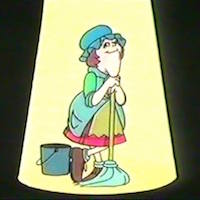 I had a chance to ask some questions to Maureen Roger who, along with her roles in The Carol Burnett Show, opening TONIGHT – Friday, July 14th – is also the Artistic Director of LMP.

Why did you choose to this show?

Everyone young and old has seen The Carol Burnett Show either in the original prime time format or cable reruns. Doing sketches seemed to be a lot of fun, and we could involve more people. It turned out we were right, and we kept cracking each other up.

How does doing a TV show like this lend itself to live theater?

Our theater is small so you will able to see expression on our faces like close-ups on TV.

What were the challenges of making a TV show work on the stage?

We decided not to have elaborate sets and scenery to help keep change times to a minimum. But in reality, we were able to do a simple set with quick changes, because the fun is really watching the actors in the skit.

What were the challenges of portraying an icon like Carol Burnett?

We have different actresses playing Carol Burnett. No one can be Carol Burnett, but Carol herself. So, we encouraged everyone to create their own character. With me, I could hear Carol saying the words in my ear.

The second tribute is for David McCrary, who recently passed away and was a vital member of LMP.

Can you tell us about David McCrary and what he meant to LMP? Also, why did you decide to give free tickets to the Senior Citizen Apartment House in his memory?

David had never acted before he came to LMP several years ago, and he ended up doing everything at LMP: acting, box office, set building, assisting at festival tables, even directing. We welcomed him with open arms. I believe that he would like other seniors to be given that chance, and the first step is to come and see a show! David was a true volunteer, and you could always depend on him. When he saw a need, he would volunteer. No role was too small for him. He was just happy to be on stage. He forged many close friendships, and he will be sorely missed.

When is the show playing?

How much are tickets?

Tickets are $20 for general admission. Admission for students (12 and under), active duty military and seniors (65 and over) is $15.

Is there anything else you would like to add about these performances?

These are the original skits from The Carol Burnett Show, so what an opportunity to see them live. It will bring back many memories. 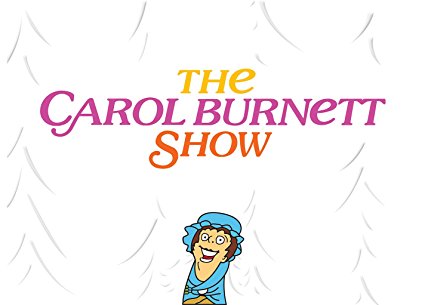